‘It’s wrong of parents to presume they know better’

The book has also been translated in Hindi by Yashwant Vyas as Woh Jo Hai. 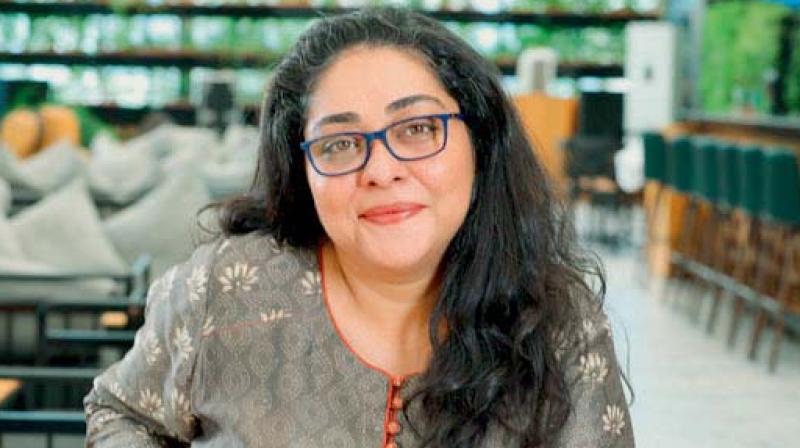 Though the book was first released in 2004, the second edition is an updated version focussing on the past 15 years and her relationship with her father.

Though the book was first released in 2004, the second edition is an updated version focussing on the past 15 years and her relationship with her father. “This book summarises what I feel for him and what actually I felt after putting this manuscript together — 14 years ago,” says Meghna who explains that the name of the book was inspired by the opening paragraph of a poem that she wrote about her father. The book has also been translated in Hindi by Yashwant Vyas as Woh Jo Hai.

Gulzar’s prolific filmography lists him as a man who has excelled as a filmmaker, screenplay and dialogue writer, lyricist par excellence, author and poet with several awards. But the book focuses on and documents his life, revealing the man behind the legend in poignant details. The author paints a portrait of a man who despite his success and fame, indulged her in every way and yet made it a point to raise her to be independent and confident in her choices. She also records his phenomenal creative oeuvre, the many trials, and tribulations of his personal and professional life, through all of which she remained a priority.

“Papi says it is wrong of parents to presume that they know better or know more than their child does. They may be biologically older than their child, but in their experience as parents, they’re of the same age. So, if I was his two-year-old daughter, he was my two-year-old father. And we were both learning and evolving together — he as my father and me as his daughter,” Meghna writes in the book.

From her earliest memories of waking up in the morning to the strains of him playing the sitar to writing the songs for her films now, Meghna presents an intimate portrait of a man who in every way was a hands-on father. “Very few get the privilege or the opportunity to experience the full life once and fewer get to know it twice. And I have the opportunity to know his full life not once but twice, during the second edition of this book. And this period has been extremely exciting, full and gratifying for me because I got to know him and understand him better as a person, as a father and as a creative soul. I really hope that you all get the same as I did,” says the author.