Corruption and passion in the world of politics

Dangerous Games however takes a step out of the woman of substance world into Trump times. 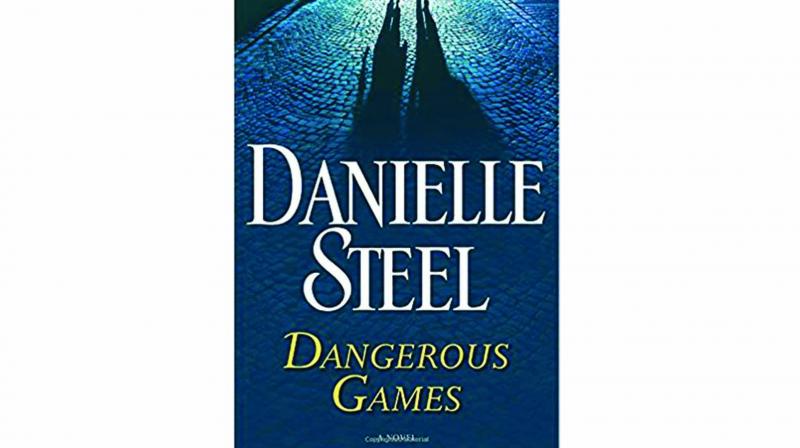 Dangerous Games however takes a step out of the woman of substance world into Trump times.

Danielle Steel is known for her stories of romance and survival — gently written tales that delve into women’s issues and make the perfect companion on a rainy afternoon with the added benefit of tissues for the emotional. Dangerous Games however takes a step out of the woman of substance world into Trump times. Steele juxtaposes TV reporter Alix Philips, a woman who dresses in combat fatigues and travels from danger zone to danger zone covering news and Olimpia, the widow of an assassinated senator, Bill Forster, who sounds exactly like John F. Kennedy, and who has the shy grace of Jackie Kennedy. Hovering behind is the figure of the Vice President, Tony Clarke, an old friend of Forster’s who is a smooth operator.

Alix’s boss Felix scents corruption in Clarke’s operations and acting on a hunch asks Alix to investigate. Accompanied by her partner Ben, an ex-Navy SEAL, Alix stumbles upon a devastating piece of information gleaned in the heart of Tehran.

Circumstances put her together with Olimpia. In many ways one could call this book a thriller, as it has all the elements, a villainous politician with a secret to hide, CIA operatives and menacing death threats made to a single mother. Steele however tells her story at a leisurely pace, putting on the pressure delicately when Olimpia confronts her husband’s treacherous best friend.

Of course, given the way the political world plays out, and is shown in the media most of this goes with the flow. Danger is part and parcel of everyday life and in this world friends are all most of us have to rely on. Families tend to be separated by continents and outbreaks of violence can happen without warning. Idealism is always under threat and heroes have a short sell by date.

Steele leaves that other trending plot component, terrorism, out of her story, though she does have an Islamic subtext. She also throws in a quick trip to India where a sociopath industrialist is about to be jailed. The hidden message is that no one is above the law and that those who think they are most secure are the ones who ultimately fall hardest.  However, Dangerous Games is apparently not the end of the interplay between Alix, Tony and Olimpia — there is the hint of a sequel.

Anjana Basu is the author of Rhythms of Darkness