Murugan has mastered the art of making the ordinary extraordinary. 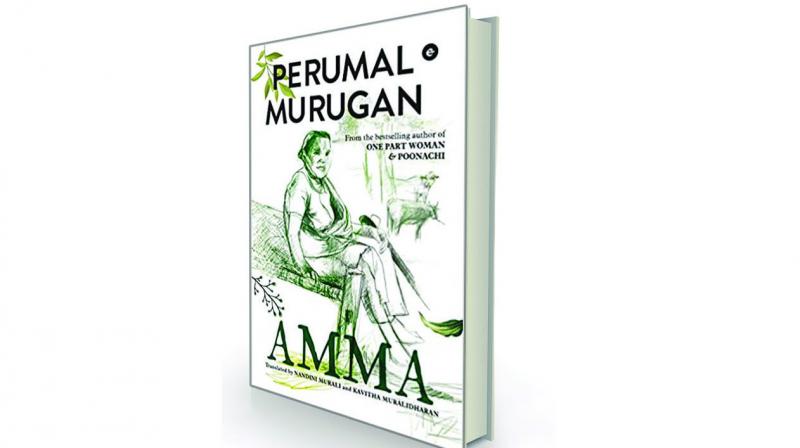 In 2015, the author of Amma, Perumal Murugan, announced his death as a writer. His Facebook post said that he would not resurrect as he was not God. Thankfully for his readers, he was recently “resurrected” through his writing. His book Poonachi was published in New York in December (2019) as The Story of a Goat. His collection of essays, Amma, was published in Tamil, in July and in English, this December. The English version has been lucidly and skilfully translated but unfortunately some of the interesting Tamil expressions with which the pages are sprinkled, have been left unexplained.

Murugan has mastered the art of making the ordinary extraordinary. His simple and brutally honest narration of the intricacies of an agrarian household cannot fail to fascinate the urban reader. Rural life is not a bit romanticised nor is there any trace of sentimentality in the telling of these “tales” and perhaps this is why they are so poignant in parts. Humour there is in plenty and the sensitive description of the village landscape with fields of crops or barren tracts, variety of plants, herbs and trees near the homesteads, and the occasional fury of nature gives the work and life of the protagonist, the author’s mother, the context which makes her so real.

It would be equally accurate to refer to Amma, either as a collection of tales or as a collection of essays. The tales which are woven around the central figure – an extraordinary woman who dedicated her life to backbreaking work– are also tales of a complex village society and of a village which eventually became part of a city. Every tale is peppered with surprises and fine threads of simple yet deep philosophies of life run through all of them. The penultimate essay entitled, An Invisible Companionship, summarises Perumayi’s life story, beginning with her death in the December of 2012. She is an amazing embodiment of strength and power, gentleness and generosity, feminine grace and masculine muscularity,and of mental agility and disarming ingenuousness. In one place her son describes her as “movement itself” because he had never ever seen her idle, even for a minute. The haunting story of her “last job” showed how even in her death-bed she couldn’t lie still and she completed a daunting task quite unnoticed.

Cooking and feeding the family is perceived as an intrinsic part of a woman’s life. The fact that Amma was a fabulous cook is writ large across the pages of this book. The delicious dishes she served up with the meagre ingredients at her disposal, was a pointer to her extraordinary resourcefulness.

Amma was untouched by consumerism. She knew how to do without material things though she valued some of the rural symbols of status, such as brass pots, which she preserved to give away to her children. Her fierce sense of justice and fairness is evident throughout, yet it appears that she had a special bond with her younger son, the author. The father favoured the robust elder son while he openly rejected the weak and studious younger boy. But the mother’s constant protection and patient training more than made up for the father’s neglect. Her relationship with her effeminate son, a “mama’s boy”, who was constantly bullied by his classmates is described with great tenderness.

The different stories delight and inform the reader with the quaint yet meaningful practices of village people. The unique way in which debts are paid off through mutual wedding gifts is explained in The Gift Accounts while in A Ploughman’s Accounts, Amma teaches both her son and the reader that hard accounts are not always accurate as there are many intangible gains which cannot be calculated for entries into accounts books. Another of Amma’s beliefs was that “all addictions were bad”. However, she gave her son the licence to be addicted to books “as it did not harm anyone”. But she could also silence her educated son when he mocked at religiosity with a real-life example of his own miraculous cure (The Iron Handcuffs).

The mighty Amma was not without human frailties. This is poignantly expressed in the way the aging mother, who believed she was still young and energetic, viewed her son’s gift of a walking stick which was, after all, meant for the old and infirm. Curiously, the same woman did not find it difficult to shun jewellery and coloured garments when she was widowed.

The last story deals with the human attitude to death. It is about deep caste divisions even in death and about the importance people gave to where their bodies should ultimately rest. So Amma’s ashes being scattered in the wind (and not in any demarcated space) was found to be the best way to honour her expansive life. The author believes that his Amma lives in his “chest”. It must be so because the preface to his book is simply titled, I Breathe through Amma’s Heart.

The writer is a veteran school educator based in Kolkata