In the age of post-truths, what colour is your favourite lie?

The thing is, this all gets messy remarkably quickly, because of the sheer variety of ways there are of being wrong. 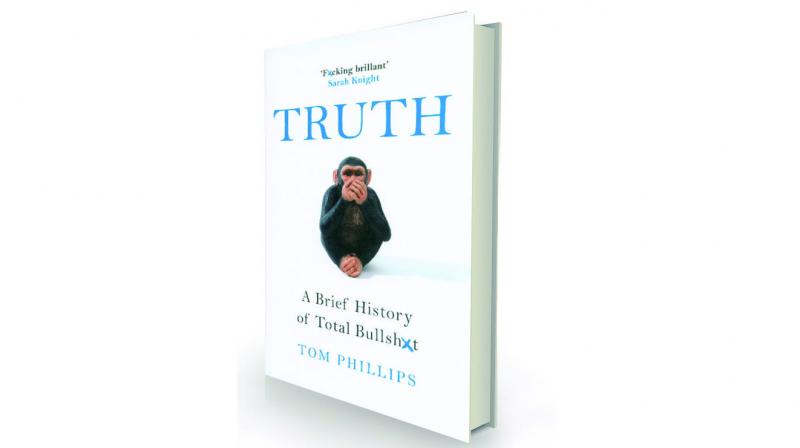 This is a book about truth – or, more specifically about things that aren’t the truth. Unfortunately, this means that before we get any further into the book, we need to have a bit of a think about what ‘truth’ actually is. And, more importantly, what it isn’t.

The thing is, this all gets messy remarkably quickly, because of the sheer variety of ways there are of being wrong...

These days, of course, we classify lies differently. But, even then, there are subtleties that you might not be aware of. Everybody’s heard of white lies — harmless social fictions intended to enable us to all get along without killing each other — but did you know there are other colours of lie? ‘Yellow lies’ are those told out of embarrassment, shame or cowardice, to cover up a failing; ‘my laptop crashed and deleted that report I said I’d definitely have finished by today’. ‘Blue lies’ are the opposite, lies downplaying your achievements, told from modesty (‘oh, the report’s nothing special, Cathy wrote most of it really’). ‘Red lies’ might be the most interesting of all – they’re lies that are told without any intent to deceive. The speaker knows they are lying, the speaker’s audience knows that they’re lying, and the speaker knows that the audience knows. The point, here, isn’t to mislead anybody – it’s to signal something to the audience that can’t be spoken out loud (whether that’s basically ‘fuck you’ or the more benign ‘shall we all just pretend that didn’t happen’). Imagine a couple denying to their neighbours that they had a huge row last night when they know everybody could hear it, and you’re in the right territory.

It’s often said that a lie can travel halfway around the world while the truth is still getting its boots on. (The question of exactly who said this is a thornier matter. It’s often attributed to Mark Twain, or to Winston Churchill, or to Thomas Jefferson, or to any number of the other usual suspects for quote attribution. These attributions are, of course, all lies. The earliest formulation of it may in fact have been from the iconic Irish satirist, Jonathan Swift, who wrote in 1710 that ‘Falsehood flies, and Truth comes limping after it.’)

Whoever said it, it’s certainly btrue that bullshit can move with remarkable and terrifying speed, as you’ll know if you’ve ever tried to debunk rumours on the Internet — that is, in fact, my day job, so, believe me, I get it...

It’s the sheer variety of untruth that this book will look at, because lies are in fact only one manifestation of the ‘hundred thousand forms’ that the reverse of truth can take.

For example, there’s spin, the art of political deception. The cunning thing about spin is that it doesn’t necessarily need o lie in order to be dishonest. While many politicians do lie (shock news, I know) the real peak of the spinner’s craft is managing to suggest something wholly untrue by saying only things that are true — building a house of nonsense with honest bricks. Then there’s delusion, the consistent ability people have to be wrong while convincing themselves that they’re right, from the ways we overestimate our own qualities to the ways we can succumb to mass hysteria and mob rule. And then, perhaps the most widespread and damaging of all, there’s bullshit.

Excerpted from Tom Phillips’ Truth: A Brief History of Bullshit with permission from the publishers