There is no plot, but there are strong characters, most of whom are her family and friends 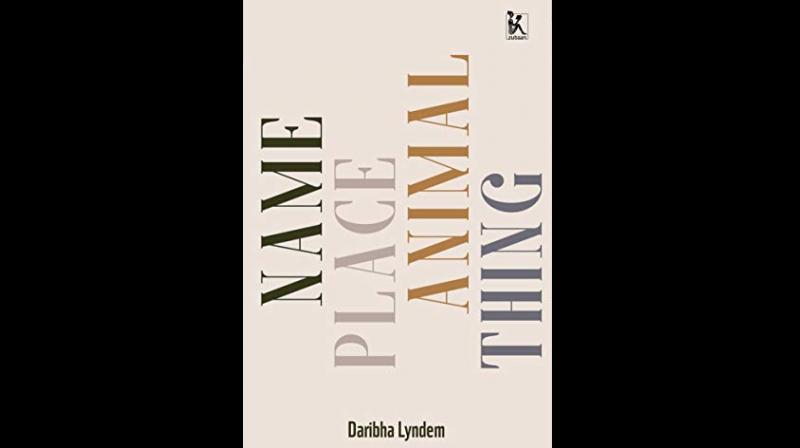 While Name Place Animal Thing has been classified as fiction, it reads more like a memoir of a childhood with politics, religion and tribal customs thrown in. The narrator (called D) takes us through fragments of memories, which when pieced together, gives us a vivid and brutally honest picture of Shillong. There is no plot, but there are strong characters, most of whom are her family and friends.

While the Shillong D describes is a beautiful  place, it has its ugly side too.

Outsiders (dkhars) are not welcomed by the locals, no matter how useful or wonderful they may be. D says,  “Words like dkhar can be innocuous or they can be weaponised. It made me think of people in terms of them and us. Although I was not taught it as an insult, I always saw it used as one.” She cites several examples of people her family had known and liked who were driven away. Either by indifferent neighbours, or by insurgents who kidnapped, shot or demanded hefty “taxes” from outsiders. These include Nepalis, Bengalis, and Calcutta’s Chinese immigrants. There is shock and heartbreak in these pages.

Fortunately, there is also joy—particularly in D’s accounts of her schooldays.

Giggly anecdotes about friends, teachers, tuitions, boyfriends, et cetera take you back to your own childhood.  Even here at school though, we remember that Shillong is not a melting pot of culture: “All the other girls played and ate lunch with people of their own ethnicities. The Bengali girls sat among themselves, the North Indians with the North Indians, Khasis with Khasis, Garos with Garos. Yuva and I stood out for not doing the same.”

D’s friendship with Yuva, a Hindu from Nepal, opened her up to other cultures. Diwali would be celebrated at Yuva’s house, while Yuva would spend Christmas with D’s family. Christmas was big in Shillong — about 80 per cent of the population is Christian. There were many sects, though, and to D’s annoyance, they were contemptuous of each other, even though the God was the same! “It sometimes happened that two people from differing sects would not marry unless the other converted.”

D’s age is not a constant—it frequently and effortlessly shifts between her childhood and her teenage years, as she recalls interesting things. Like the strange happenings across Meghalaya in 2006: Children suddenly started getting fits and visions, and church elders explained those as “the Holy Spirit descending into children”. Churches were packed during this “Revival” period, and people who didn’t like feeling left out lied about seeing visions too! After the Revival phase petered out, life got back to normal again: “On rainy days there were fewer people in the church, and on days closer to the board exams they had to put in extra plastic chairs...”.

If Shillong is on your travel wish list, immerse yourself in the pages of Name Place Animal Thing immediately! Lyndem’s words make you see it, smell it, taste it, and enjoy it thoroughly — warts and all.