Sarah Berry’s new book is a compilation of poetry in three different languages. 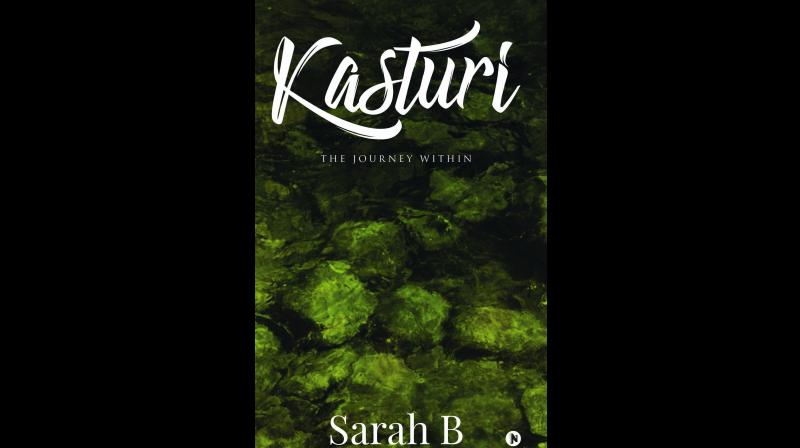 If you go looking for the similarities between unique art forms, you will realise there is little difference between poetry and visual art as, in the case of both, there is more than meets the eye since they are minimalistic on the outset.

Sarah Berry’s Kasturi – The Journey Within is a testimony to the same. Her book is an anthology of poems that revolve around a plethora of emotions that a person is subjected to in their lifetime.

There is a reason why the book is titled Kasturi. Sarah explains, “Kasturi refers to something which is inherent of a certain species of deer. It is a strong smell and the (deer’s) entire life is spent trying to find out where that perfume/scent originates while it was within the body of that species of the deer. It is symbolic of living within.” Essentially, the title refers to introspection.

A fact worth mentioning is that Sarah has been writing poetry since she was six and this book amasses poems from her childhood till date. Her love for poems comes from “a deep sense of longing for expression” and being an introverted child, she could not find that sense of expression in the verbal
medium.

Her poems express a myriad emotions. She explains further, “When I was writing some of these poems, it was a low period where there were more of emotions such as sadness, loss, frustration — yet there were some that followed as a consequence of hope and there are
some poems that reflect on love.” Various versions of love are found in the book, be it maternal love or the love for a partner.

But there’s more: the book comprises of poems written in three languages; English, Braj and Hindi. Sarah was introduced to Braj when she was in school and she uses it as a medium to express devotional love between the devotee and Lord Krishna. As far as Hindi was concerned, “Sometimes, one is in a mood to express certain types of emotions which are aptly expressed through a certain language,” she expresses and adds, “For me, certain emotions were easier to express in Hindi. As far
as English is concerned, it comes naturally to me.”

But there come times when emotions and feelings are there but the pen stands still and the mind stops working. Sarah too experiences this phase — she summarises that feeling by calling it a block. But there is a way to get out of it. She suggests, “If it (the idea) is not coming naturally, then leave it. And when it comes, you grab a paper and pen, jot it down.”