From rags to rollers 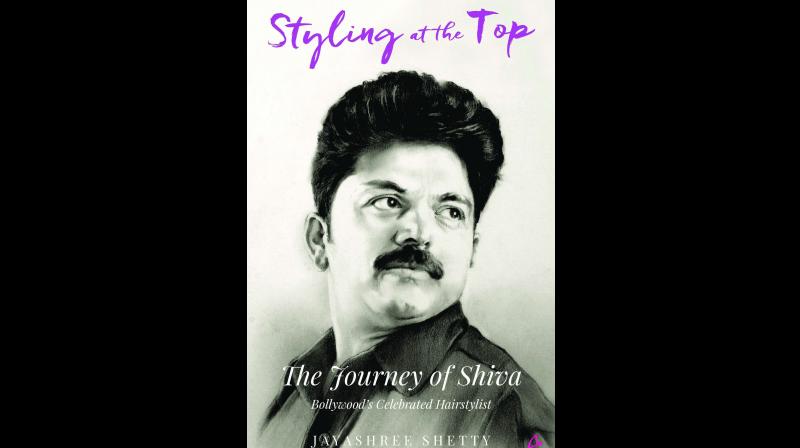 ‘Genius is one percent inspiration and 99 percent perspiration’ is what Thomas Alva Edison, the American inventor who introduced the world to electricity believed in his lifetime. The thought has continued to inspire many dreamers to work hard and invent, among them being Bollywood hairstylist Shivarama Bhandary aka Shiva, who is the protagonist of Jayashree Shetty’s biographical book Styling at the Top: The Journey of Shiva. As one would expect from a celebrated B-town artiste, the book chronicles some heart-wrenching misery and struggles that the protagonist has lived through before reaching the pinnacle of his career.

“I wanted to tell a story which can inspire the young generation and write about basic elements like dedication, passion and hard work, which are elementary to achieve success. And this was the best way to tell a story of a man who has triumphed over tough times,” says Jayashree, who successfully tells the tale of a small-town school drop out teenager who has to support his family after losing his father, to becoming synonymous with hair styling in Mumbai.

Beginning the journey from the village of Attur, bordering the temple town Kerala in Mangaluru, Jayashree then takes the readers to the slums of Mumbai, where Shiva spent half his life struggling with basic necessities. Starting from a poky shop in an industrial belt in north Mumbai, he now has 20 signature salons holding his name in upmarket areas of the city. “My intention behind mentioning the past was to convey that everyone has some or the other problem, but everything is possible with talent and hard work,” muses the author.

With a myriad of anecdotes and episodes from Shiva’s life supported with pictorial representation, the book is also relevant for the sake of posterity. The chapter-wise narrative depicts various stages of his extraordinary life spanning two contrasting periods of time – his rural existence and urban lifestyle.  “I knew my real-life character (Shiva) before writing this book, but there was a lot to know about him. I had to do a lot of research and had to visit all the places that he would mention during the interviews,” she shares.

It is a tale filled with overwhelming afflictions and tragic circumstances. From losing his mother to witnessing his first wife ailing under cancer’s thumb, the memoir turns out to be an agonising experience for the readers. But one breathes easy after Shiva’s success story begins, starting from styling A-list actors of Bollywood to wooing Hollywood stars with his talent. “There is so much that one has to go through to see the light of glory. I wanted to tell the story which hasn’t been heard and sold before. I was looking for a great biographical work,” explains Jayashree, recalling that it was the chapter about Shiva’s wife that really upset her. “He would cry recollecting the entire episode. You feel bad as an author that you have to let your source go back to the time and recollect everything,” she rues.

Written in a first-person narrative, the book reads as if the reader is right by Shiva’s side through his entire journey. “I wanted readers to feel Shiva telling his story, and writing it with third person would not have made the same impact. I wanted readers to feel and connect with the story and empathise with the character,” says Jayashree in conclusion.