Fables from Caliphate in a cross-species love story

The legend of Gog and Magog and the Iron Gates built to keep them away from human civilisation has also been interpolated in the Alexander romances. 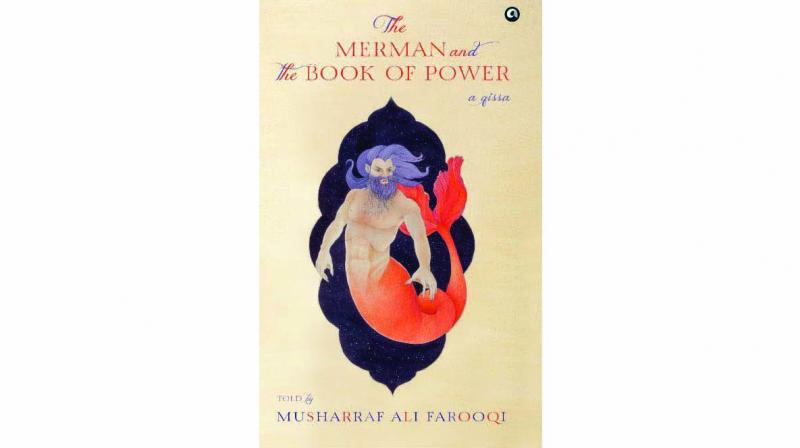 The Merman and the book of power, By musharraf ali farooqi Aleph pp 197; Rs 499.

Are you familiar with the names of the cannibals, Gog and Magog, variously interpreted as individuals and peoples in Judeo-Christian and Islamic theology? A majority of scholars identify them as Mongols who took over Baghdad in 1258 from the third Islamic Caliphate or the Abbasid dynasty. The legend of Gog and Magog and the Iron Gates built to keep them away from human civilisation has also been interpolated in the Alexander romances.

Those with an interest in the amazing fables of Islam would also perhaps be intrigued by the stories of the licentious, water-buffalo-shaped Sheikh of Sweet Speech who seduces wives of seafaring men with trinkets and a sympathetic ear but injuring whom brings a seven-year curse upon the household — so he is merely chased away by the man of the house, the interrupted reincarnation of the horned demon tortoise, the man-shaped fruit and the woman-shaped fruit of the tree of youth in the garden of the king of Talituka, and Dajjal, the Anti-Christ, who is born close to Syria and Iraq, who appropriates the accomplishments of Jesus and is ultimately slain by him.

Demonstrating the synthesis of cultures, Dajjal is used as an adjective in Bengali language to describe badass, but ultimately egotistical, women.

All these fables appear in the treatise, Marvels of Things Created and Miraculous Aspects of Things Existing, translated into Urdu in 1913 and compiled by the polymath jurist and cosmographer, Qazwini, who worked for the governor of Baghdad in the mid-13th century. The governor, turn, answered to Hulagu Khan, the founder of the Ilkhanid Mongol dynasty. Qazwini is the unsung hero and narrator of our story.

It is through the eyes of Qazwini that we first observe Gujastak, the merman caught from Red Sea and Aydan, the charismatic slave girl who humiliates Qazwini yet to whom Qazwini finds himself uncontrollably attracted — the two other protagonists. Qazwini takes Gujastak under his charge in order to study him but his quest is to find the Book of Power, a talisman which confers on its owner both limitless dominance and tragedy. The Greek philosopher, Apollonius of Tyana, wrote this book in the first century AD.

Written in elegant style with a delicious yet dry sense of humour and a thoroughly modern gaze, this book could variously have been titled as “a Dictionary of Demons in Islamic Eschatology”. But it does not deal with death and other such heavy-duty topics. It is instead a very entertaining love story. The Pakistani-Canadian author declares this is his attempt to bring the qissa or the, mostly oral, tradition of Islamic fabulism to English reading audiences.

Simple and unidimensional, the storyline is an age-old one. There is no crisis. Though it goes back and forth to describe the adventures of Alexander and the sultans of the Abbasid dynasty, the narrative is basically a linear one. Not much in the way of plot or imagination and perhaps, it is the only criticism of the story. Its telling is what makes all the difference.  The reader is transported to the medieval era, when Tatars and Magyars were captains in Qazwini's court, Baghdad's scholars visited Azerbaijan and Volga Bulgar, and Iltutmish was on the throne of Delhi.

One point of interest could perhaps be the portrayal of the women of Baghdad. It is highly sexed, but never toxic.

This novel, if one may call it so for it borrows heavily from myths, was first published as a short story titled Qazwini and the Man of the Sea in 2014. Its message is an interesting one. It is that love and vanity cannot abide together. That makes it a fairytale of our times.