The lives of two women in times of apartheid

The second flashback is that of Sylvie’s, when her story takes precedence. 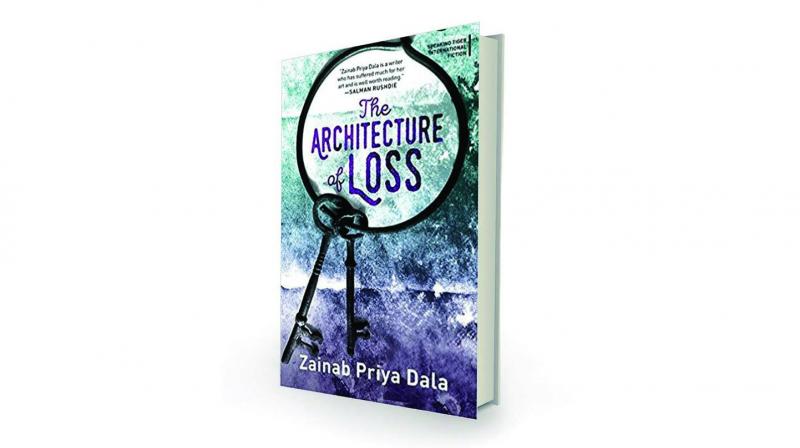 I’ve never read a book about the anti-apartheid movement of South Africa or for that matter any book on or about South Africa. So when the review copy of The Architecture of Loss by Zainab Priya Dala landed up at my doorstep, I picked it with a little bit of anxiety and a lot of excitement. Thankfully, the book lived up to its promise of familiarising me with the dark days and horrors of apartheid and life in South Africa during those times.

Though the story is about Afroze Bhana who has been estranged from her mother Sylverani Pillay (known as Sylvie) at the age of six and sent to live with her father Ismail and his wife Moomi in rural Zululand, the book is as much Afroze’s story as it is Sylvie’s.

The story starts with Afroze driving her rental car to Brighton to see her mother who is a doctor, Afroze has received the news that her mother is ill. This news forces her to return to her childhood home, to visit her ailing mother, who she has no love for.

Most of the story is told in flashback. The first flashback is seen from the eyes of six-year-old Afroze when she is unceremoniously packed off to her father’s house, a father she had never met, a father who avoids her as much as her mother did. The only love Afroze gets is from Moomi, her father Ismail’s wife.

I feel Moomi is one of the most likeable characters of this story. Moomi accepts the small girl her husband dumps on her, thinking it’s a gift from God and a blessing. The strong maternal instinct this overweight and childless woman had makes for very endearing chapters and one can’t help warming up to this selfless woman who accepts another woman’s child and brings her up with love and warmth.

Afroze, blessed with a sharp intelligence, goes on to study architecture and joins a leading architectural firm in Cape Town, earning good money, having affairs, living with an American surveyor who had come to Cape Town to help design the new soccer stadium for the World Cup.

The second flashback is that of Sylvie’s, when her story takes precedence. We learn how Sylvie studied medicine and became a doctor when the anti-apartheid struggle was at its peak, how she became one of the silent sisters of the movement and one of its fierce activists.

It’s Sylvie’s story that brings to light the plight of people during the anti-apartheid movement, the tortures inflicted on them, the suffering they underwent.

The characters in this book took their own sweet time to appeal to me. Initially I disliked most of them, but slowly I warmed up to them. I don’t know whether through the course of the story the characters grew on me or, maybe, as their backstories were revealed, I realised that they weren’t all black, but just different shades of grey.

My heart went out to the six-year-old girl who was largely ignored by her mother and avoided by her father. The young Afroze whose childhood had passed without even a crumb of affection from her biological parents will get the maximum sympathy from readers. But as this girl grows up to be a rebel of sorts, has one-night stands and becomes self-centred, the sympathy dries up.

Initially Afroze, embittered and disillusioned, is constantly at logger-heads with her real mother Sylvie, in fact she is extremely jealous of the love her mother showers on her housekeeper’s daughter. In an act of defiance, she even sleeps with her mother’s aged lover Sathie. In one of her outbursts Afroze calls her mother, “Bald and old and ugly and dying. Finished. Done for.” But, as her mother’s past is revealed to her, and Afroze sees that her mother is not the selfish and fake woman she had painted her to be, she moves towards forgiveness and makes peace with her.

The book is extremely well-written. Z.P. Dala has a striking literary style that stands out in classic distinction and often sparkles. Though certain portions of the book felt heavy and considerably slowed down my reading, but once I ploughed through those portions, I was in for a treat. I loved the way Dala focused the spotlight on tender relationships between women, the way she highlighted the poignancy of relationships, the way she shone the spotlight on the often-ignored plight and role of women in the struggle. As the story hurtled towards its ending, it made one root for the spirited Sylvie and her eccentricities.

The initial portion of the book is a bit hard on readers, but soon it turns into a poignant story that bares the secret soul of South Africa during the anti-apartheid movement and showcases the lives of two strong women, a mother-daughter duo, who are so unlike each other, yet match each other in spirit and fire, becoming soul sisters of sorts.