Amit Majmudar’s novel narrates the saga of a popular epic in a gripping manner. 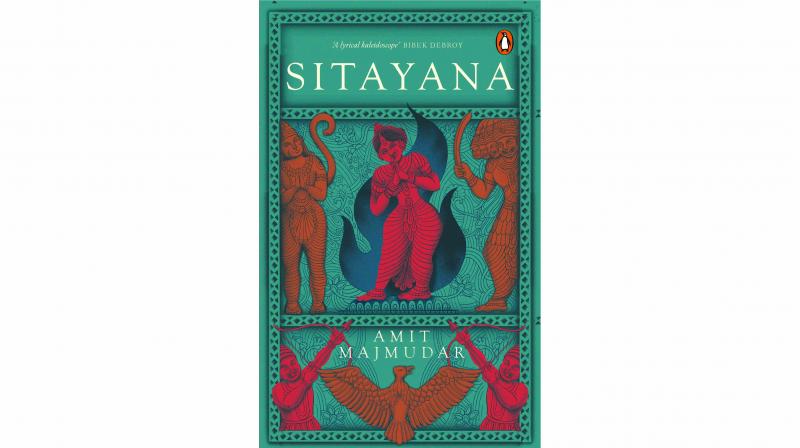 Maharishi Valmiki’s Ramayana has accounted for some of the most famous works of literature over the centuries. There are countless retellings, translations, and reworkings of the Ramayana’s captivating story, however only a handful have narrated and explored this gripping epic from the point of view of its female characters. Amit Majmudar’s Sitayana is one such powerful novel, which tells the story of one of the world’s most popular epics through multiple perspectives, presented in rapid sequence — from Hanuman and Ravana, down to even the squirrel helping Rama’s army build the bridge. However, above all, Majmudar focuses on the fierce resistance of Sita, letting us hear her voice as we have never heard it before.

“I have always been in love with the ancient epics, not just the Indian ones but the Greek and Roman and medieval ones. For this book, I reached back to the various Ramayanas I had read in the past, like those by Valmiki, Kampan, and Tulsidasa,” explains Amit about his idea of the book and adds, “When I was a kid, I remember seeing the Ramanand Sagar TV series of the Ramayana, and that, too, was probably somewhere in my memory, though I didn’t consciously draw on that source. The idea for the book came to me very suddenly, like a revelation -”Oh! So this is how I should write it!”— and I took off and didn’t look back.”

Ramayana and Mahabharat have been retold many time by various authors and each book has something new to offer to the readers. Ask the author how his Sitayana is different from the other retellings and he quips, “I think that every reteller brings something of himself or herself to the epic story. In my case, I bring poetry and wordplay, briskness, and narrative ingenuity. The architecture of the story is unique in my telling, as it begins with Sita reminiscing in the Ashok Vaatika, then shoots simultaneously forward and backward in time to cover the entire epic.

The poetry and wordplay is drawn from my decades-long background as a practicing poet. And the briskness comes from the rapid-fire switches of perspective with which the story is told.”

The author, who has penned novels such as Partitions and The Abundance, also works as a diagnostic nuclear radiologist. Shedding some light on his journey from earning a medical degree to becoming a best-selling author, Amit states, “I was interested, if not obsessed, with writing years before I entered medical school. As early as 11 or 12 years old, I began to try my hand at writing novels. A few years later, I added poetry to the mix. But ever since elementary school I was a constant reader. I have been a literary person since almost as long as I can remember! Radiology has come relatively later.”

While Amit is pretty tied up between his job as a diagnostic nuclear radiologist and writing gripping novels and poems, he always finds time to indulge in some physical activities to keep himself fit and rejuvenated. “I do a lot of physical exercise, both weights and aerobic activity like running. I plan on adding hatha yoga to that in the near future,” Amit concludes.