This tome will come in handy for fans

Books seem almost old-fashioned these days, but they need to be on the shelves of every book lover as well as cricket lover. 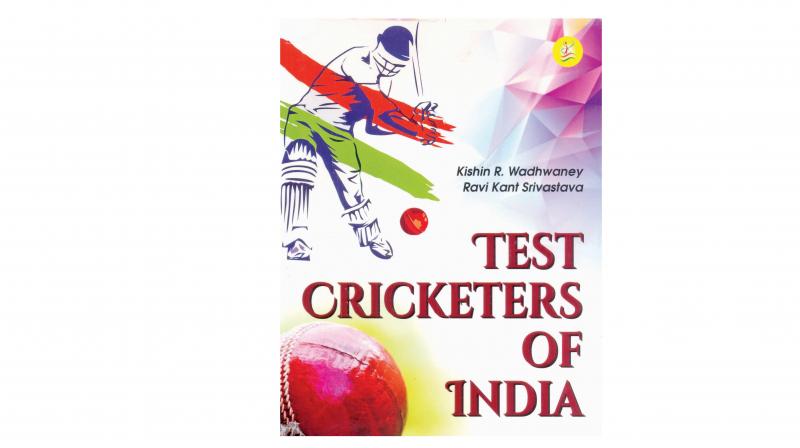 It is a tome. It can’t be any less for the academic subject is very weighty. In the 761 pages are captured the pen portraits of every cricketer who has played for India in the longest and the most demanding format of Test cricket. The matter of capturing and preserving for posterity all the minute details of the character, traits and cricketing performance of all Test cricketers is also a daunting task.

The veteran journalist Kishin Wadhwaney, who had a very keen interest in sport, particularly cricket, may be getting on in years but he has lost neither the sharpness of mind nor the memory of the images he saw in a long career of cricket watching and, more importantly, discussing the game as if nothing else was more important in life. Indian cricket made that kind of impression on those who followed it closely every day and as a passion more than a profession. His fellow author Srivastava, as keen on detail as on statistics, has lent the book its moorings in facts and figures.

In the decades before Indian cricket became the universal national game for millions of fans, the divisions between the south and west and the north plus east used to be very pronounced. While Bombay was the undisputed home of the Indian game, the rise of Delhi and the north brought a different perspective to Indian cricket. The pages of the book go on to reveal how a voice from the north like Wadhwaney’s could shed its regionalism while compiling the book, but while being blunt about the regional differences and what they did to Indian cricket.

It is a different ball game today as a unified Team India grew in the aftermath of the first big betting scandal and Sourav Ganguly came to take the reins and immediately being a national flavor. It may have helped that he had few of his own eastern colleagues who could be thought of as national prospects to be promoted. Ganguly’s arrival with a national outlook changed Indian cricket forever. His contribution and his character has been splendidly captured.

It is certain that the contributions of all the great cricketers of India from the first Test at Lord’s in 1932 to the present day has been captured in a similar vein. Such books are a must in every county in England where the player’s favourite strokes as well as their books, their music and their pastimes are all put down on paper. The authors’ teasers capturing in a line the leading trait of each player makes flipping the pages an intriguing experience.

Of course, you can’t cope with the ever-changing figures of cricket that are kept track of by the websites devoted to the game. Books seem almost old-fashioned these days, but they need to be on the shelves of every book lover as well as cricket lover. This tome will come in handy to brush up on the old players as well as marvel at the magical prowess of contemporary cricketers.