The book, titled 'Vishesh: Code To Win', narrates the journey of a basketball player in a cricket-dominated nation 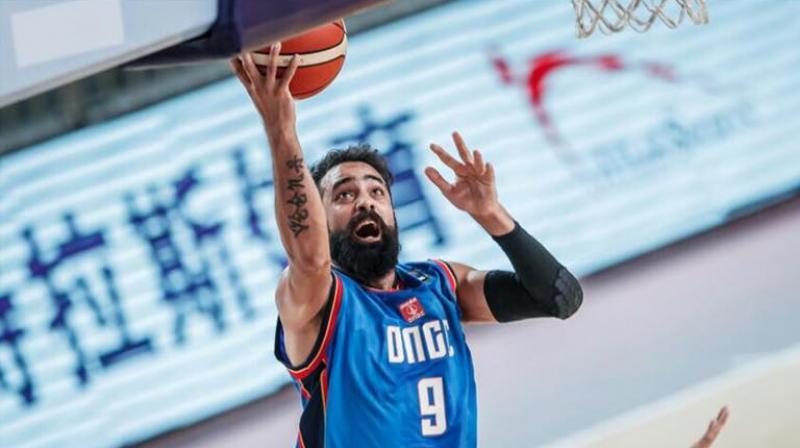 The book, titled "Vishesh: Code To Win", narrates the mindset of a basketball player in a cricket-dominated nation and brings to light his strenuous journey of becoming the captain against all odds. It is written by sportswoman-turned-author Nirupama Yadav.

The-29 year-old Bhriguvanshi hails from Uttar Pradesh's Varanasi and has been playing for India since 2007. He was first awarded the captainship of the Indian team in 2010.

In 2017 Bhriguvanshi became the first Indian to be signed by Australia's National Basketball League (NBL). He was set to train with the Adelaide 36ers, however, fate had different plans as the forward sustained a knee injury.

"Cricket is more popular and that's where the youngsters want to go. Therefore, through the biography and the inspirational journey of Vishesh Bhriguvanshi, I want to reach out to more youths in India and make them aware about basketball.

"There are many more games other than cricket which are played in our country. I intend to write more such books on other games to spread the awareness among Indian youth," said the author.

According to the publishers, the objective of the book is also to encourage the sports industry to focus more on developing games in India just like cricket so that the players get their due recognition.

"The 130-page biography is written in a story format along with the learnings. At times, the readers will feel that Vishesh is directly talking to them as a mentor. It steers readers on developing a mindset along with the skill set in basketball. The book also includes the selection procedure in Indian basketball team and a note from the man, Vishesh Bhriguvanshi, himself," they added.