‘The spoils of separation, the price of disentangling’

Simplicity of language and phrase making are the hallmarks of Malachi Edwin Vethamani’s poetry. 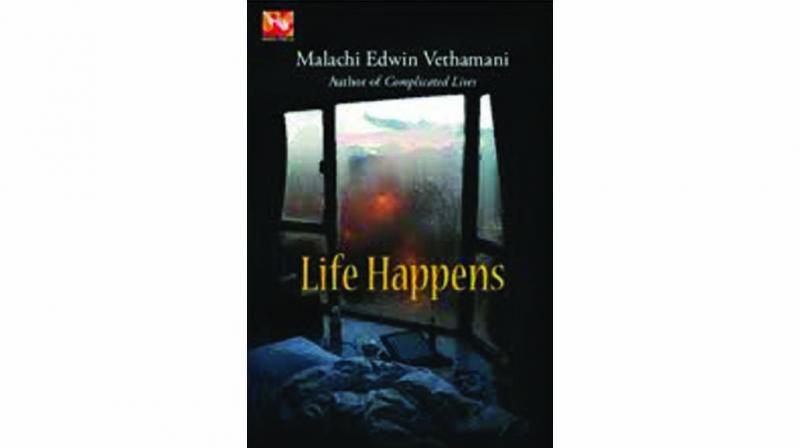 Rabindranath Tagore (UK: Reaktion) is a smartly produced, handy new biography. It is lucidly written, one that is insightful and fondly argued by a fellow Bengali, Bashabi Fraser — author of the moving volume of poetry, Letters to my Mother and Other Mothers (UK: Luath). This fine compact “critical lives” edition contains twelve detailed chapters from The Tagores of Jorasanko to The Legacy: At Home in the World. Most importantly, it substantially updates several existing biographies that are currently available in the market, such as Krishna Dutta and Andrew Robinson’s The Myriad-Minded Man (1995), and ones by Uma Dasgupta (2004), Ernest Rhys (2004), Krishna Kripalani (2012), and others. Fraser’s edition also has useful extensive endnotes, a detailed bibliography, and wonderful archival photographs. This new portable handsome paperback edition is an excellent addition to the ever-growing Tagore scholarship.

Simplicity of language and phrase making are the hallmarks of Malachi  Edwin Vethamani’s poetry. Feelings, events, non-events, happenings — Life Happens (Maya Press) as a natural course of action — and he records them with a sensitivity that only a poet’s acute eye and ear can do. We see him struggling through “The spoils of separation, the price of disentangling” (‘Spoils of Separation’) — or in ‘New Love’, exploring that “Ajar doors signal / an invite or a departure / but who has entered / who has strayed?”  More importantly, he explores important issues such as the complications and fractures of longing, heartbreak, exile and sexuality in a Malay-Tamil society.

Pixelated: Poems of Us (Suryastra) by Navkirat Sodhi — her third volume — is a joy to hold for its production values. Its bold red cover with the understated white and black typeface stands out like a beacon. She is a performance poet who uses soundscape, live music, projected art, and graphic images along with a modulated voice delivery to present her work. Her poems tend to be very short and epigrammatic: “This grass so relentless / Excites me // I can relate to the abnormality / Of being alive” (‘Husk’); or “To challenge / Is to argue / Why Autumn is fall / And not / The rising” (‘Invert’). Also by Sodhi is The Light in All is One: Life Lessons from Guru Nanak (Aleph), a slim beautifully designed hardback. It contains some of Nanak’s aphorisms and greatest teachings, “life lessons about living a fulfilling life” that “are timeless and universal.” Here is a little nugget from the book, one that is very well edited and translated — “Shiny bronze when scrubbed reveals the / blackness beneath. / Cleaning it a hundred times / cannot wash its deceit.”

Khooni Vaisakhi by Nanak Singh (HarperPerennial) is lovingly translated into English from the Punjabi with care by his grandson Navdeep Suri. Not only does the translator deftly stick to the original rhyme and cadence, he does so with passion, honesty and sincerity. The language has a dated, old-fashioned feel — in keeping with the tone and style of the poem’s linguistic milieu and time. Originally published as a 900-line 4,000-word pamphlet, the poem is a response to the gruesome Jallianwala Bagh massacre of 1919 — “Dispirited and despondent by the turn of events / They lamented, aghast at miserable fate. / With sinking hearts, they then witnessed / A shadow spread across the nation great.” This pocket-sized anthology — “a book that was lost for nearly six decades” — has useful essays by the translator and an academic (H S Bhatia) to set up the historical context. It also contains a very candid piece, ‘The Sins of the Great-Grandfather’, by Justin Rowlatt (whose ancestor Sir Sidney Rowlatt passed the infamous legislation). 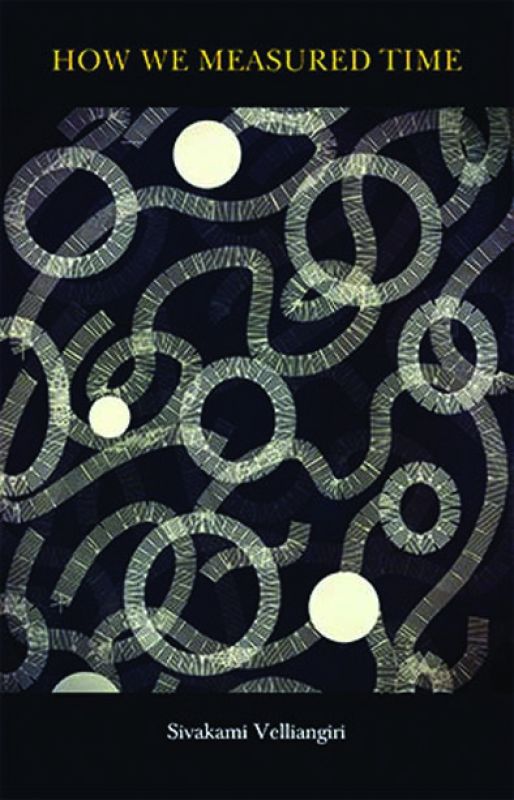 How we measured time, by Sivakami Velliangiri Poetrywala pp.82, Rs 200.

I Am Not A Silent Poet (Bombaykala), Ananya Guha’s latest book, sounds, ostensibly, as if this volume is predominantly one of protest poetry (‘Who Martyrs Who’, ‘Fidel Castro’, ‘My Land’, ‘Two Nations’ and others are a few examples). But upon closer reading, we see that the overall scope of this book is far more centrifugal. The eponymous title poem alludes to borders, nationhood, and boundaries — perhaps hope. The poems in this collection are primarily driven by Guha’s raw emotion — that of anger, disappointment, and sometimes helplessness at the state of political affairs. These are words of reflection and protest, dissonance and dissent that speak out loud against the wrongs of society and its people. In the end, the binding glue and quiet thread running through many of his poems is that of yearning, a desire for holistic peace where eventually “silence [is] drowned [by] inner waves.”

Thachom Poyil Rajeevan’s A Yaksha in America: New and Selected Poems (Poetrywala) contains a generous array of over fifty poems. The strength of his poetry is derived from the authentic evocation of the South Indian landscape of Kerala, especially his ability to do so with acute detail and clarity. We can smell, feel and participate fully in the world he paints with his words. The inherent overlaying of the Malayalam and English tongues adds a subtle but important linguistic texture to his poetry. His poems contain within their fold, a very specific brand of localized humour, as seen in the cleverly titled ‘r/e/c/y/c/l/i/n/g’: “Beware those / Who come asking for old shoes. // Wearing them one by one / from the big to the small / they will walk along the path you walked once, / like crossing a lake stepping over lotus-leaves, / turning into a gnome at each step.”

Sivakami Velliangiri has waited a long time before she published her debut collection, How We Measured Time (Poetrywala). Time for her is unhurried, to be savoured in small doses until its inherent accretion leads to something larger, something more substantial. Unlike so many young poets in their 20s and 30s who rush immaturely to print and are satisfied by a virtual slew of  ‘likes’ on social media for validation, Velliangiri (in spite of being very active in the poetry scene) believed in living a full life before publishing her first book. Her poems span childhood, family, local habitat, and folklore. In ‘Bharati Mill, Pondicherry’ she says: “Houses are permanent structures. / Not so with Bharathi. With a sleight / of grandfather’s arm, the
front porch / became replete with verandahs, the back / bared to the minimal three steps; ventilators curved in to permit palms.” In simple unpretentious language, she not only weaves history and memory, but also aspects of vernacular architecture.

Anisur Rahman’s book of poetry, Earthenware (Rubric), is a shape-shifting kaleidoscope of emotions, images, scenes, childhood memories, pedagogy and more. It is at the same time “a book of history … Coleridge’s dream of Kubla”; a swansong to the rich tradition of Urdu [‘Ghalib’s lost desire”]; and an exploration of the metaphorical resonances of “soil” and “stone”. His poems also evoke with wonderment the grace, beauty and subtlety of the natural world: “When you touch butterfly’s feathers …you get colours and colours / out of colours”.