Can instinct, instruction be combined to fashion a new liberal Islam?

Having said that the author proceeds to examine a variety of situations and reaction of Muslims as indeed of other people. 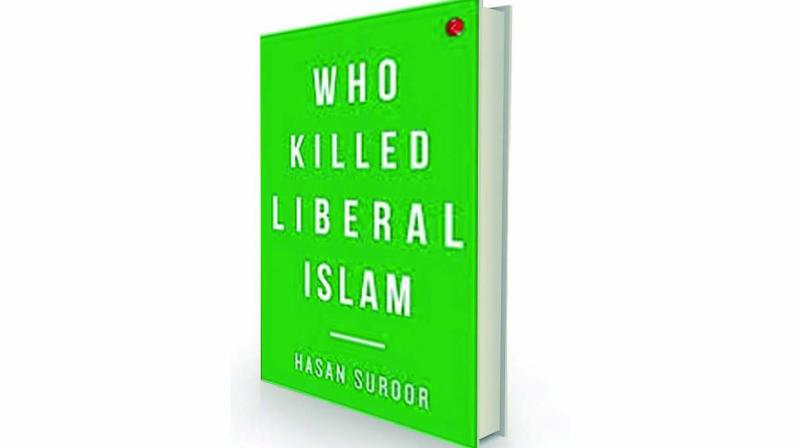 Liberalism is under question across the globe even as Marxism becomes history. Serious discourse about apportioning blame for present conditions upon liberalism is widely reported. Nearer home, a particular version of liberalism we know as secularism has been pushed into retreat by an aggressive version of nationalism. Yet in his latest book, Who killed Liberal Islam? Hasan Suroor returns to re-examine liberalism, particularly amongst the Muslims of India. He begins with a reminder from his last book, India’s Muslim Spring: Why is Nobody Talking about It? “I quoted a Hindu friend telling me that the idea of a liberal Indian Muslim was a misnomer [sic].”

Having said that the author proceeds to examine a variety of situations and reaction of Muslims as indeed of other people. “‘Is there such a thing as a liberal Indian Muslim at all?’ is a legitimate [question] to ask despite its offensive and provocative tone. Muslims, including many moderates, though, remain in denial.” He clarifies to the reader that he questions the authenticity of Muslims who present themselves as the liberal and progressive face of Islam. “Most of them have about as much to do with Islam or the Muslim community as champagne socialists with socialism.” He amplifies this discourse through the examples of Javed Akhtar and Naseeruddin Shah!

To begin his exercise the author debunks the idea of 180 million Muslims as a fundamentalist monolith and describes them as largely moderate. But it is interesting to follow the path that takes him to his final conclusion that “the job of reforming Indian Islam is best left to those who are better equipped and better placed to do it — the moderates within the community”.

The second chapter of the book gives an interesting insight at the swinging pendulum of internal community reform and return to roots tendencies amongst individuals and institutions, resting his case for backing new generation moderate reformers “who may not be high-profile figures but this is not the age of transformational figures anyway”.

An interesting historical backdrop from the Mughals to the Khilafat agitation provides an interesting insight for those curious to discover how we reached Partition. There is then a quick look at the world of Islam in modern times and the retreat of liberalism starting with Satanic Verses and right up to Asia Bibi in the blasphemy row in Pakistan, ISIS, Al Qaeda et al. However, there are some matters that are carefully recorded and presented but without real explanations. Why are young Muslims leaving Islam?

To put the book in context, it is as important to know what the author thinks liberalism is as a concept as indeed whether religion is a matter of pick-and-choose according to prevailing or dominant sensibilities. The Indian Supreme Court has grappled with this for considerable period and merely arrived at what it describes as “essential features” that remain immutable and no-go areas for judicial interference. Whether what is an essential part of religion must be decided by religious leaders or the judges also remains a contested question. But the fact is that there is an essential part and a part that is peripheral or dispensable without destroying religion.

The fact remains that religion and the right to practise it are part of the Fundamental Rights chapter of the Constitution. Therefore, when people speak of reform, that fact has to be kept in mind. Furthermore, religion is the core of a cultural footprint that inevitably surrounds it and that too has protection in the Constitution. Finally we cannot overlook the imperatives of plural democracy that conceptually and pragmatically provides guarantees to those who are numerically in a permanent minority. It is easy to label that appeasement but the slippery slope that one steps on there can lead to disastrous consequences for democracy and human rights.

Ultimately all modern, democratic societies must tackle the conflict between modernism and religion in light of changing social conditions and access to scientific knowledge as indeed between what we know as “constitutional values” and religion as a way of life. Interestingly, advocates of modernism sometimes too easily assume that social systems familiar to them ought to be applicable to all citizens. But to espouse that as a national imperative for unity is a seriously flawed argument. If at all the argument for modernity has compelling force it must not be based on an a priori endorsement of superiority of any particular social system. One would carefully have to consider where diversity is permissible and ought to prevail and where standard or uniform conduct is imperative from the point of view of our commitment to substantive equality and non-discrimination.

Thus Marxist and the Mulla must give way to the new generation moderate. Moral instinct and instruction are to be the touchstone. The author leaves us with a range of interesting propositions and a collage of stories and attitudes that any attentive observer of Muslim society will note. The author has done well to sift through the material to show a cogent picture of a community in considerable confusion in a world in many ways of its own making. Renaissance is a long way; reform is both possible and imperative. This book is a timely reminder of that but in the difficult conditions for Islam in India and abroad it does not seem to provide a roadmap to the desired destination. Even the short interview of the erudite Dr Tahir Mahmood stops short of marking the path to reformist bliss.