‘World is the best teacher’

Kartikeya Ladha is travelling through Southwest India on foot to meet people and write his second book. 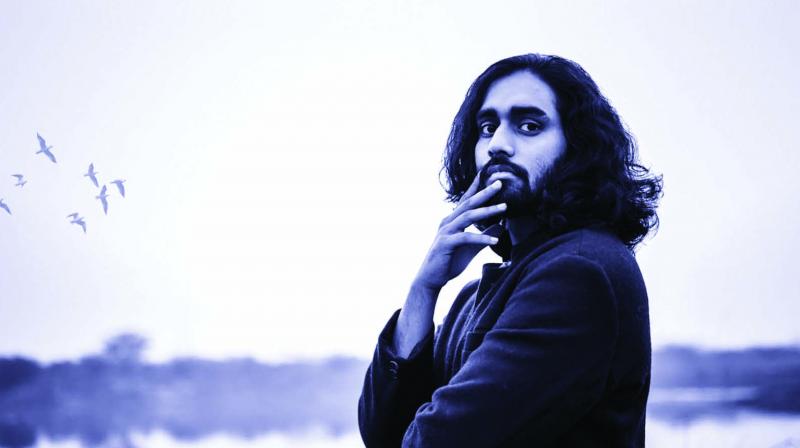 Kartikeya went ahead, working as a bartender for free food and accommodation.

The objective — start from Kanyakumari, walk all the way up through the south-western coast of India and reach Goa, which would roughly translate to around 1100 km. The person who is undertaking this daunting mission is Kartikeya Ladha, who has already authored his first book Dream beyond Shadows and is currently working on his second book The Nameless Walk which, when complete, would complement his first book.  He will be documenting all the creative ideas that will originate during his walk, while also interacting with as many people as possible, especially artists and influential thinkers in India. In short, he would be writing as he walks.

Presently in Mangalore, Kartikeya has already walked over 750 km traversing difficult terrain, interacting with countless strangers and eating and sleeping at unfamiliar places. Carrying just a backpack that has his laptop, clothes and phone, Kartikeya finds the walk through unfamiliar lands and nameless people to be an exploration of his artistic self.

Incidentally, his first book Dream beyond Shadows was inspired by his travels in South America. If you are wondering about Kartikeya’s American connect, he explains, “I lived in the US, working for a startup company, back in 2016. It flourished but one fine day, I just left it all, taking off to Peru. That was an eye-opener; I had sold off all my belongings and did not really have much with me, but I experienced a new way of life.” 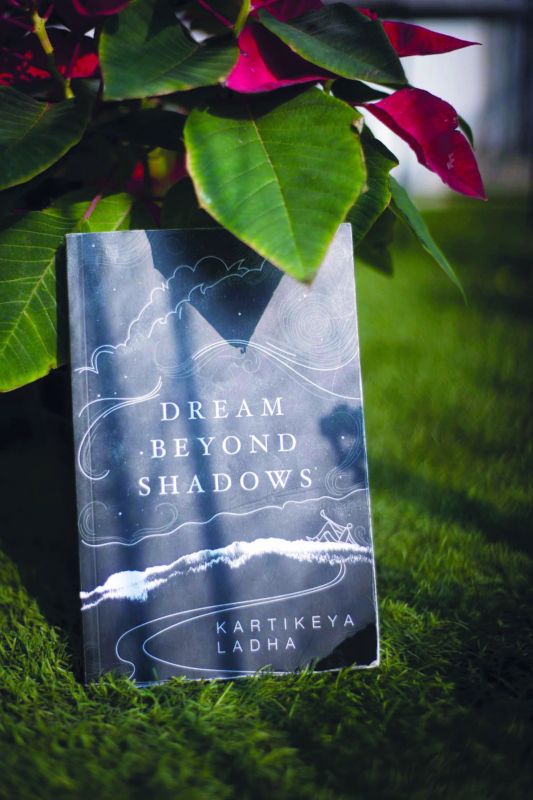 In the book, there is a lot of philosophy, motivation and inspiration that I focus on in the form of life lessons, that are delivered indirectly without being preachy.

It was understandably difficult because he was walking into the unknown with no idea of what lay beyond. “I just knew there was a voice in my head telling me to go ahead. Even from a young age, I believed that I could learn from the world rather than any school where you are taught various laws, but not how to apply them. Everyone including my parents was unhappy. They asked me if I had left to the US from Noida to pursue this madness.”

Finally explaining that he could not give out logical reasons for his decision, Kartikeya went ahead, working as a bartender for free food and accommodation. “Basically anything to survive in South America,” he admits. He lived with the tribespeople in the Amazon jungle interacting with the shamans (spiritual leaders) who showed him a completely different aspect of life — one devoid of any frills of modernity, but one which refreshed his mind and soul and expanded it. So, he decided to share his experiences with others since a life like the one he was living was a rare experience for many.

Kartikeya collated all his experiences into his debut novel. “I was in Ladakh, studying Buddhism, when I wrote this novel in 2017 and finished it in early 2018.” Soon after, he moved back to Delhi to stay with his parents and decided to work in India. Somehow, the idea of writing a second book took shape in his head based on “what we were as humans, what we are and what we will be in future incorporating principles of anthology, spirituality and history,” he states. He wanted to experience life in its rawest and most unadulterated form which was by walking the unknown path. That was how he decided to start walking and writing gathering from his interactions and experiences. “The way I write is not like a documentary. I work in a very abstract manner based more on feeling, intuition and emotion so that it touches hearts. There is a lot of philosophy, motivation and inspiration that I focus on in the form of life lessons that are delivered indirectly without being preachy.” He also admits to a struggle to write because of the diverse people he meets on his walk, “I look into their eyes and see their sorrow, joy, fear and grief. That is what I want to capture— that essence of the intensity of feelings and emotions,” he explains.

The physical strain is also a  challenge especially with the sun beating down mercilessly and his body bearing the brunt, “Sometimes I have to keep on repeating that all this discomfiture is temporary and that the pains of the physical body can be overcome by the harmony of my mind. The philosophies that I have lived on the past few years, which I gleaned from the monasteries have stood me in good stead,” he reveals.

Walking through Kerala has been a beautiful experience, he says, mentioning that every state has its own characteristics including those of the people and the culture, which is beauty in diversity.

About the future, Kartikeya quips, “I may want to go further to the North, but that decision is for another day!”