A window to mental illness

Susmita spent 18 months of intensive research on this book. 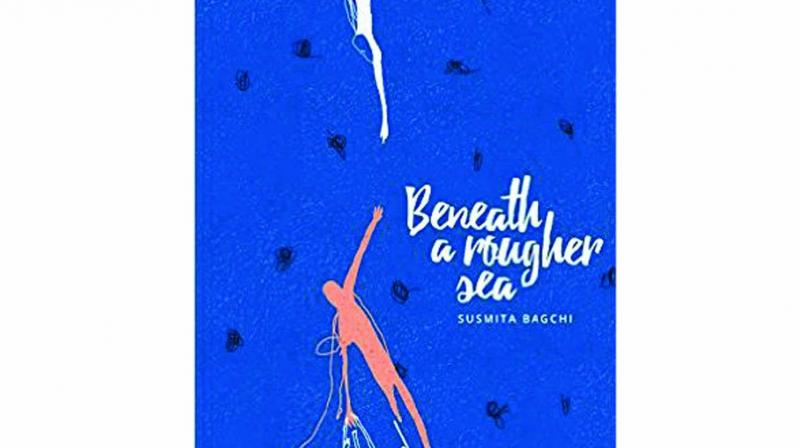 The author has won many awards but she’s not one who rests on her laurels.

For a long time, she had no idea about mental illness. All she knew was that most people were ‘normal’ and then there were a few outliers, who were not. They were the ‘mad’ people. Not much could be done for them and the families had to just go along. Later, when Susmita met Subroto Bagchi and the two decided to get married after a few years, he told her that his father had schizophrenia. “As I got to know my father-in-law, I was surprised. He was a brilliant, affectionate and kind-hearted man. Where was the shadow of schizophrenia? Soon I realised that his illness was managed: he was under periodic psychiatric care and the family was not in denial; they loved and supported him and I became increasingly aware of mental health issues. I realised there is a wide range of mental health issues and just about every family has someone impacted by it in one way or other. That is when I first felt I should write a book on the subject,” reveals Susmita Bagchi on why she wrote her 17th book Beneath A Rougher Sea in English after her previous ones in Odia, her mother tongue.

Beneath A Rougher Sea is a novel on mental health — a subject not much talked about. “I decided that the protagonist in my book would be a psychiatrist because I wanted to explore a wide range of mental illnesses. So Aditya, the psychiatrist, treats several disorders in a group of patients diverse in age and background. Mental illness is not limited to a particular class, caste or religion. I wrote this book to create greater awareness about mental health to help dispel the ignorance and stigma that surround mental illness. I also want to address the critical problem of denial that comes in the way of dealing with mental illness. In the course of my research, I have come across many cases where denial has ultimately led to serious consequences including death,” says the author who shares a common love of books and writing with her husband Subroto, co-founder of Mindtree.

Susmita spent 18 months of intensive research on this book. “It’s a work of fiction, like most of my earlier works. I always choose to base my work on real incidents and facts. My earlier works were mostly based on human relations. However, when I wrote a book on children with cerebral palsy, to research the subject, I volunteered at the Spastics Society of Karnataka and that one experience changed me as a writer. I realised that there are much bigger issues in our world and those are not discussed as much as they should be.”

The author has won many awards but she’s not one who rests on her laurels. “When someone says that he or she was touched or impacted by what I wrote, it makes for the highest reward a writer can expect.”