Going to temple doesn't make me non-Muslim: Soha Ali Khan hits back at trollers
Entertainment, In Other News

Soha Ali Khan, who was attacked on social media after she visited the Golden Temple in Amritsar and a Ganpati pandal.

Soha Ali Khan, who was attacked on social media after she visited the Golden Temple in Amritsar and a Ganpati pandal.

: Soha Ali Khan, who was attacked on social media by some people, who questioned her faith after she visited the Golden Temple in Amritsar and a Ganpati pandal, today hit back saying India is a secular nation and going to a temple doesn't make her a "non-Muslim".

She had visited the Golden Temple and a Ganesh pandal to seek blessings ahead of the release of her thriller film '31st October'.

"I am all for freedom of expression, but being told how going to a temple makes me a non-Muslim is plain callous. No one has the right to say that. Whether I choose to do namaz or go to a Church, how does it affect anyone ," Soha said in a statement here.

The actress was slammed on social media after she shared her pictures. 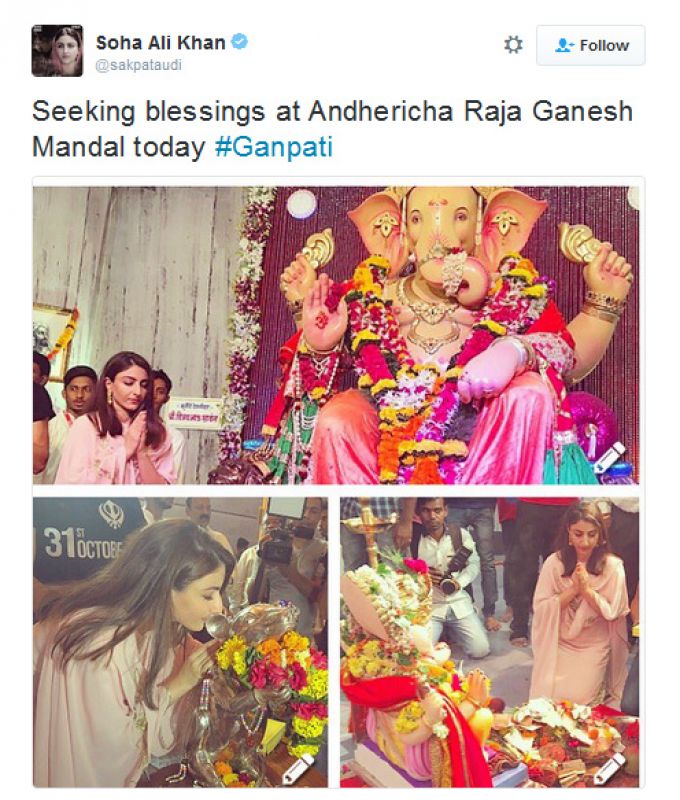 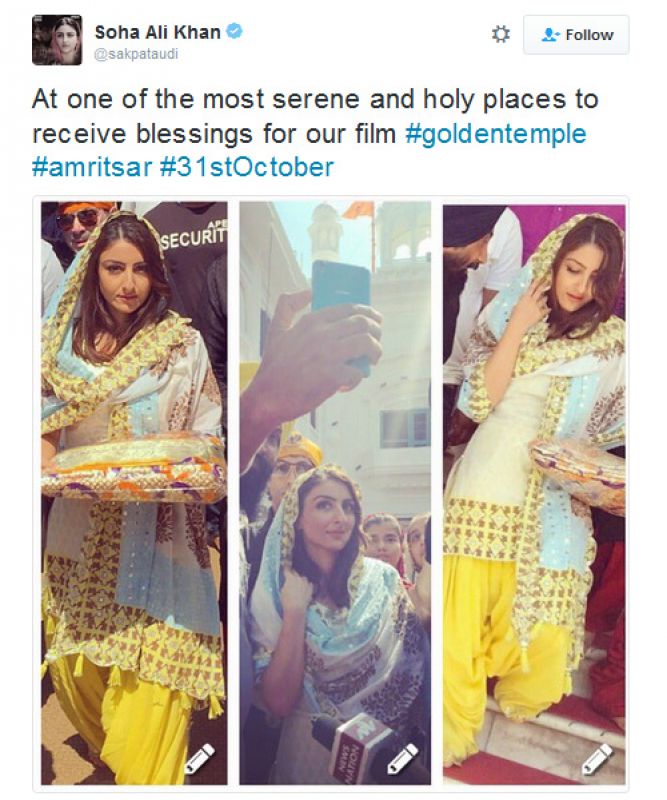 ...and this is how she was trolled for attending Ganpati puja and visiting Golden Temple.

"Nobody owns me. India being a secular nation, we have to respect all religions and each other's choices," she said.

Soha is paired opposite Vir Das for the first time in '31st October' directed by Shivaji Lotan Patil. Writer-producer Harry Sachdeva's '31st October' is based on the aftermath of Indira Gandhi's assassination and its repercussions. The movie releases on October 7.