1st look of ‘Munna Michael’ is out!

: Tiger Shroff, who will soon be seen in ‘Munna Michael’ portraying the role of a street child who is a die-hard fan of Michael Jackson, has recently revealed the first poster of the film on social media.

Here is the poster: 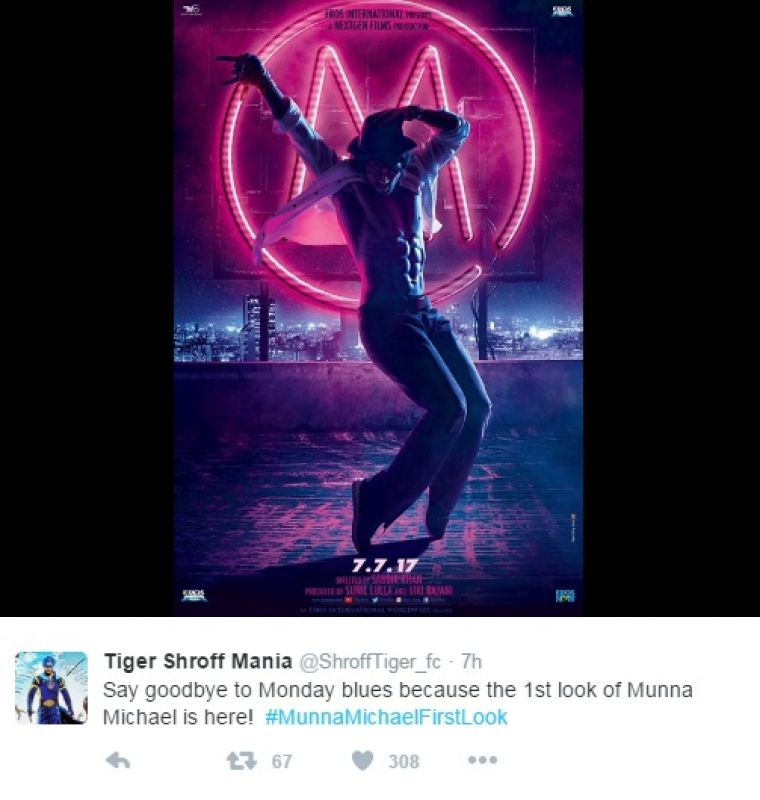 After his latest release ‘A Flying Jatt’ received lukewarm response at the box office, junior Shroff will be seen flaunting his eight-pack abs and recreating some of MJ’s iconic dance steps on silver screen.

Knowing the ‘Heropanti’ actor has always idolised the international dance icon, we can rest assured that junior Shroff will do complete justice to this role. This movie, which is a tribute to the deceased legend, will also see Nawazuddin Siddiqui and debutant Nidhi Agarwal playing crucial roles in it.