My father is my biggest teacher: Salman Khan 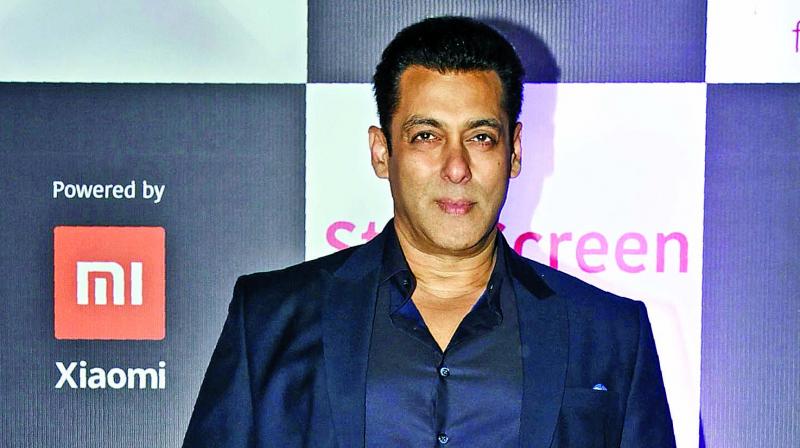 Actor-producer Salman Khan is undoubtedly a superstar who never hesitates from launching new faces in Bollywood. And, this time he is launching Zaheer Iqbal and Pranutan Bahl with his home-production Notebook. Ahead of the release of the film, Salman shares what he seeks in newcomers and speaks at length about his father Salim Khan, whom he considers his biggest teacher. He also shares his plans about  the digital space.

What qualities do you notice in newcomers before launching them?
When somebody takes a double look at another person, know that there is something in that person. My father once asked me, ‘When you go to a place, does anyone notice you?’ I said, ‘No’. So, he said, ‘Don’t get yourself noticed. They should know who you are without you making any effort. And, if anyone asks then you should just say ‘Salim saab ka beta hoon’. It took me more than three-four years to reach there.
So, I see all these things which as a child, I didn’t have but others had. So, when they (newcomers) walk in and make me notice, it is good quality.

What advice do you have for actors who are getting launched?
Stay out of trouble.

You seem to have a good script sense. Is there any formula?
Touchwood! As soon as you think you know the formula, it all comes down crumbling. So, you can never be sure about anything.

Are you consciously changing your image and trying to explore different things?
I think I am doing everything but it is all love stories. Till the time you don’t have a love story in a film, it will never work. You need to have a love story. I personally believe that you can have any story but a love story in it is a must.

Would you also like to get into direction?
I wanted to start my career with direction but that didn’t happen... thank God!

Do you seek your father’s advice for all your films?
The plot of every script that we do is taken to my dad and he gives his advice. He would say - keep this, remove that, do this, do that… So, he points out everything. My father is my teacher in the film industry. I got scripting sense from my father. You should be morally, ethically and principally correct. Once you get these three things correct, you will be fine.

Have you asked your father to write something again?
I want dad to write but he doesn’t want to write. Only if someone convinces him to write.

After several successful films, why do you think Tubelight failed to connect?
The release date of Tubelight was wrong. It should have come on a regular Friday and not on a festival. People loved the film on satellite and TV. So, it is the date that went wrong.

Tubelight, which released during Eid, wasn’t an Eid release type of film but others didn’t agree. They said that have that date and how can they miss it. I did tell them to try another date but they wanted it to release on Eid. At that point, I should have put my foot down because on a festival, people go for enjoyment. It is a celebratory occasion. Here, they went to theatres to celebrate but came out crying. So, this film shouldn’t have come on Eid.

Lastly, what were your inputs as a producer in Notebook?
I don’t take unnecessary credit. Credit lena bhaari pad jaata hai (Sometimes the onus becomes bigger when you take credit). When this film came to me, I knew it was a good film but by then, I had a kind of an image change. So, I couldn’t do it and I felt a new couple would do justice to it. And, don’t think that because Pranutan is Mohnish Bahl’s daughter and Zaheer is my friend Iqbal’s son that they have been cast. We did many auditions, they had to work hard for eight hours.