Style diva and actress Sonam Kapoor is likely to gain on the professional front, although a lack of clarity will plague her marital prospects. 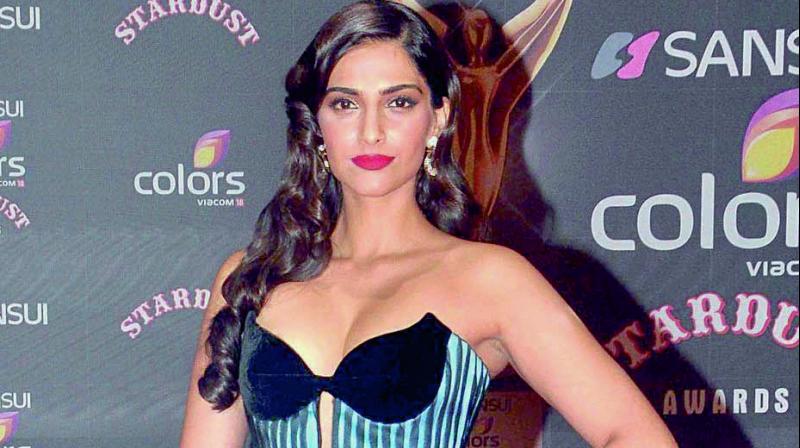 Sonam Kapoor is much more than just the daughter of the famous Bollywood star Anil Kapoor. She has created an indelible identity for herself in the exciting world of Hindi cinema, which has far surpassed the normal and the average. She is one of the highest paid actresses in the industry today and the recipient of several awards, including a Filmfare and a National Award.

Having studied theatre and arts at the United World College of South East Asia in Singapore, Sonam went on to become an assistant director to Sanjay Leela Bhansali in his 2005 movie Black. Thereafter, she acted in several movies like Saawariya (2007), I Hate Luv Storys (2010) and Raanjhanaa (2013).

While her career has been quite bright, the focus has now shifted to her relationship with businessman Anand Ahuja. And while everybody is speculating about the future of their relationship, Ganesha offers a few insights.

Lack of clarity on marriage front
Planet Jupiter is a natural signifier of marriage prospects. However, Sonam’s natal Jupiter will remain afflicted by transiting Ketu between August 2017 and January 2019. During this phase, there are clear indications that there will be a lack of clarity and uncertainty about her marriage. Various developments may take place in her life, which may make the situation quite different. There may be some delay in her marriage, although there will be more clarity after January 2019. It’s not going to be a bad phase for Sonam Kapoor, even if things don’t turn out to be that rosy, predicts Ganesha.

Sonam to evaluate her relationships
In the time ahead, Sonam’s relationships with the people around her will be fairly good and while small issues may exist, they will be sorted out with ease. While there may be differences, they won’t impact her relationships in a major way.

The stars also foretell that she will unconsciously try to re-evaluate her relationships, which may turn her judgemental about others. Sonam may not find things to be as per her expectations. This may create some stress or struggle. Saturn is aspecting natal Mars from the opposite side. This may create some uncertainties and confusion in her relationships. She will need to be careful about the person before making any commitment to him or her. From this perspective, things are not that rosy on the relationship front. But they are not bad either.

Sonam will surge ahead in her profession
Planetary positions in the coming period may support her in occupational matters and she is likely to score more success in the acting field. Sonam is likely to remain involved in making new contracts for endorsements. It’s a good time for her professionally as she may win more admiration and respect for her work. Her status and prestige are also likely to surge during this period. She will maintain a good rapport with people. On the whole, Sonam will maintain a progressive occupational graph as the period will be good for her professionally.

Conclusion
While Sonam’s personal life may not go so well, she is likely to make big gains on the professional front. This may work as a sort of compensation. In fact, the stars foretell that her relationship with professional colleagues will go quite well. On the whole, it will be a somewhat gainful period for the actress.