Dreaming with his feet

This talented male ballet dancer from India has been chosen to study at the Jacqueline Kennedy Onassis School in New York. Here is his story. 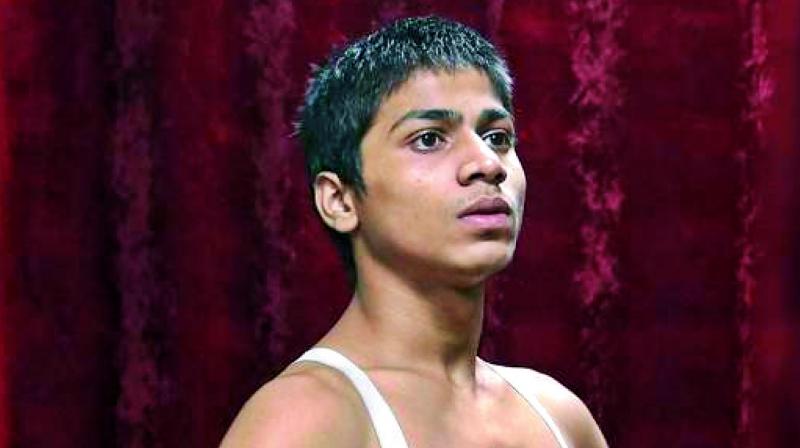 The seeds of ambition need to be nurtured constantly, only then do they turn into reality. It becomes even more difficult when the circumstances are not supportive enough to help one through this journey. But Amiruddin Shah’s dreams became a plank that has helped him sail across many social boundaries.

For a young child who grew up with eight people in a single room, it was not an easy task to dream big. Daily survival eats into one’s passion but the 16-year-old achieved great heights after practicing ballet for just three years. He did not expect to reach where he is today. The young ballerino has been selected to the American Ballet Theatre’s Jacqueline Kennedy Onassis School in New York to pursue a four-year course. “I never thought that I would go to the US to learn ballet. My physique has changed after coming here. I am looking forward to doing better work there.”

But it was not easy for Amiruddin to reach this level. His father, a welder, couldn’t afford such special training. Amiruddin says, “As a dancer or an artiste, people often tend to draw comparisons with others. I was often compared with other dancers but at the end of the day, my passion kept me going. It motivated me to carve my identity as a dancer. I was passionate about dance, and I used to feel happiness while dancing. I was not from a privileged background and didn’t have the luxury to join paid dance classes. I am thankful I got a chance to participate in Ashley Lobo’s project.” 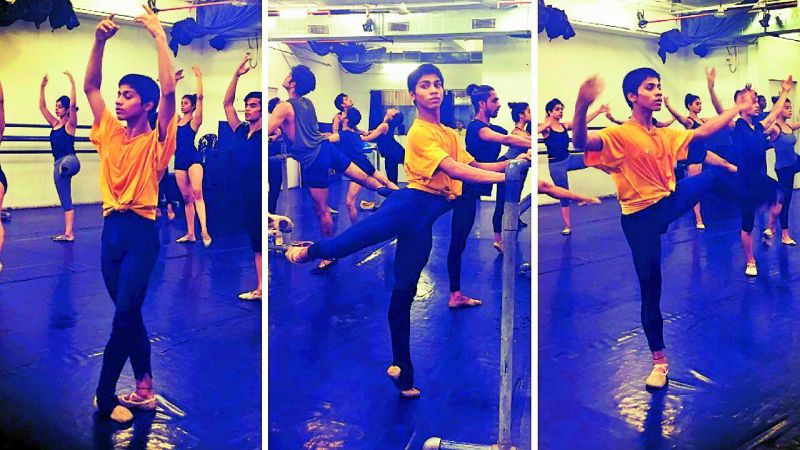 Amiruddin loves to dance to Swan Lake. “It is among my personal favourites which I would love to dance to,” he adds.

Talking about his childhood, Amiruddin laughs, “There have been both, good and bad memories. As a young child, I always enjoyed dancing. It has been my favourite hobby and I always wanted to pursue that. I wasn’t so interested in studying.”

However, his parents were not too happy about his decision to quit school but stuck to his decision as they saw his belief in his dreams. “My parents’ reaction was similar to how any other parent would react on hearing that their child was quitting school. They were worried about my future. I assured them that I’d take care of everything, after which they believed in me and let me follow my dreams,” he shares.

So how did he break the news of his plans to pursue ballet to his parents as they were not even aware of the dance form. “They did not know what ballet is. Even I had no clue about ballet and never thought that I’d ever be a ballet dancer. Despite that, they reacted pretty normally to the news of me pursuing this dance form,” he adds.

Recalling an incident from his childhood that changed his life, Amiruddin shares, “My brother was a part of The Danceworx Performing Arts Academy run by Bollywood dance director Ashley Lobo. It is because of my brother that I have been able to come here and be a part of Danceworx. Without him, I wouldn’t have been here or met Ashley sir and Yehuda sir. It is through my brother that I met Ashley sir, and it was him who made me believe in myself and my talent.”

But success comes with many sacrifices and it is the small things one does on a daily basis that add to the bigger picture. Amiruddin too had to practice a lot of restraint and still practices it, “There are certain rules and regulations with regards to ballet that one has to follow and adhere to. So I have to be disciplined and follow them religiously. I keep a check on my diet and consume healthy food. Oily food is not allowed in ballet. As we have to do strenuous steps which include jumping, we need to consume nutrient rich foods like chicken, fish etc so a healthy food intake is something I have to follow,” he says.

Ask him what other dance forms he likes, apart from ballet and the young dancer says, “Right now, I can’t think of anything apart from ballet but contemporary dance is something I like. Apart from dance, I also enjoy sports — especially running.”

Ten years down the line, Amiruddin sees himself as a principle ballet dancer in the American Ballet theatre and wants to go on a world tour after that.