Anushka has been going from strength to strength, with big names like Ae Dil Hai Mushkil and Sultan under her belt. 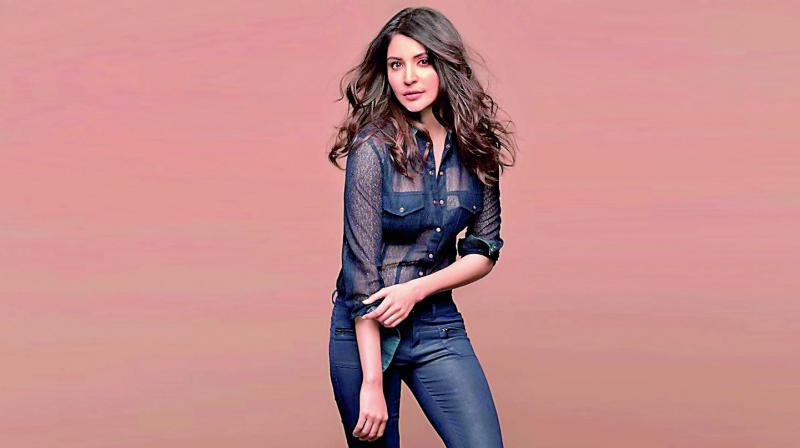 Ever the livewire, Anushka Sharma has always said things the way they are. so, whether it’s competition or awards shows, Anushka speaks up, no holds barred.

Anushka Sharma seems to be on a career high. After a minor setback with Bombay Velvet, Anushka has been going from strength to strength, with big names like Ae Dil Hai Mushkil and Sultan under her belt. Now, the actress is all set to be seen on the big screen with superstar Shah Rukh Khan yet again in Jab Harry Met Sejal, after debut Rab Ne Bana Di Jodi and Jab Tak Hai Jaan. We talk to Anushka about her journey, trolling, competition and more. Excerpts from the chat:

You are working for the third time with SRK in Jab Harry Met Sejal. How has your relationship with him evolved over the years?
I have known him for the past nine years, and so there is more ease now. I value him as an actor and what he brings to a movie set is amazing. His kind of enthusiasm is inspirational. I am happy I am getting to work with him, and I hope we will be able to make memorable films.

How do you deal with failure as an actress?
Fortunately for me, my filmography has been incredible barring perhaps Bombay Velvet. I feel that every film has been a learning experience and has helped me reach where I am today.  And that journey is important.

We cannot define success only by how our films have done as failures are equally important. However, you can’t take either one of them seriously, as you have to learn from that experience and move on. As a society, we are obsessed with success and failure. We think failure is the worst thing that can happen to us, but I don’t believe that. I feel films that don’t do well are equally important. Having said that, I didn’t have any disasters or back to back flops, and that’s why I have not had to face that.

How difficult is it to say ‘no’ to a film? Does that affect your equation with the producer and director when you turn down a movie?
I have said no more than I have said yes. In my career, compared to my contemporaries, I have done half the number of films that they have done. I don’t think it affects your relationship. You won’t always like all the movies, and I am sincere and express myself well. I feel people value that here. I have not done films where I am repeating my roles. My refusals were always for clear reasons, and everybody respected that. People are not petty to hold on to such things.

How difficult is it to be yourself with being continuously clicked and surrounded by the paparazzi?
I am me, and I am not going to allow anybody to change the way I am as a person. Just because you are a star, you cannot create a delusion around you and behave differently. The paparazzi is going to do their job, but does that mean I will have a problem with people taking my pictures without make-up? Of course not! I am okay with it, and I will continue to lead my life the way I want to. I want people to see me the way I am.

Does trolling on social media bother you?
I am mature enough to understand that you can’t take it too seriously. It’s just a bunch of people who are highly frustrated with their own lives. As a person, I care about the world that we live in and the one we are creating. I don’t like the fact that people are finding it so easy to hate one another and use ridicule to break somebody’s spirit. You can call me an idealist or a dreamer, but this is exactly how I feel. I feel sorry that it is so easy to hate one another. I am not a slave to social media because I am not answerable to anybody. I don’t find the need to comment on everything that’s happening. I have chosen how involved I wish to be.

What is your take on awards?
If I get awards then great and if I don’t then it doesn’t matter. It’s a TV show at the end of the day and awards happen so that actors can make money out of it. Well, the channels market the celebrity performances, so I don’t see any reason why the artists should not benefit from it either.

Do you feel this whole culture of cinematic experience — going to the theatres — will fade away with web series and other digital content doing so well?
I don’t think it will fade away, but you have to be careful because people have the option of watching good content in the comfort of their homes. We cannot deny the exciting entertainment via web series, Netflix and such portals. It is not a threat, but more like simmering competition. People will now come to the theatres for an ideal cinematic experience which till date is unparalleled. The audience is evolving and won’t go by the mere star presence in a movie. And since they have multiple options, they are going to be choosy, and we must cater to that.

How do you see your contemporaries?
I value the work my contemporaries do and are doing. I think our actresses are far more talented than their male counterparts. I am not a petty person, and I know the media likes to pit them against one another, but that’s not the reality. There is competition and insecurities just like any other profession. I am supportive of the work my contemporaries are doing because I feel there is space for everybody. We should stop belittling each other because we are all more than that.