Age on Sunday   30 Jun 2019  Have a social responsibilty as an actor: Ayushmann Khuranna
Age on Sunday

Have a social responsibilty as an actor: Ayushmann Khuranna

Ayushmann Khuranna chats about films, understanding the Pulse of the audience and his relationship with wife Tahira. 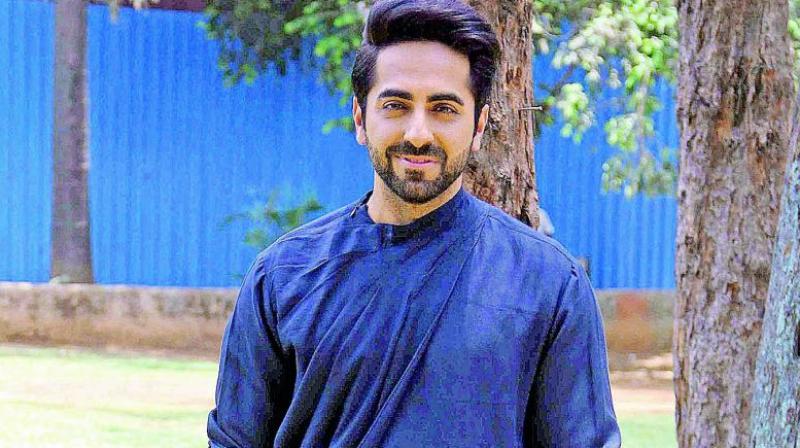 Going by his string of successful films, Ayushmann Khurrana has seemingly become  an expert in choosing the scripts that work for him. Perhaps, he even has understood the pulse of his audience. However, the Vicky Donor actor has taken a break from his usual whimsical roles, and has delved into a more serious territory. In his latest film, Anubhav Sinha’s Article 15, Ayushmann plays a cop investigating crimes related to caste, gender discrimination, sexual assault, and murder.

Speaking about his eclectic choices in films, the actor reveals that he has also been considered for potboilers right from his first film. “Potboilers were always being offered to me” he says. “After Vicky Donor, I was getting a lot of offers which were typical commercial films, but even in that sphere, I wanted something that’s quirky and different,” he reveals. He explains that each film has to have a quality that draws people to theatres. “There has to be something unique about it even in that space. I have grown up watching those films. I love watching Golmaal and Simmba, they are highly entertaining and funny, and I would love to do a film like that as well,” the actor shares.

Along with his unique  film choices, Ayushmann is also one of the few actors who doesn’t believe in flaunting his body to garner attention, and prefers to concentrate on his craft. He explains that realism has always been attractive to him. “Realistic films show that nobody is perfect. Every human is imperfect, and it’s okay to show our imperfections as heroes in films. This is the reality of life, and people relate to that. I have set my tone since my first film, and I will maintain that in my future films, as well. I feel, only stupid scripts can make you a superstar, and 2018 has been quite a landmark for content-driven films that were crossing `100 crores,” he opines and adds that realism is what audience eventually looks out for. “For me, it’s not about physicality and flaunting my body. Who can bash 10 people together, that doesn’t happen? My tonality has been real, and that’s been constant in my films. But having said that, Article 15 shows a certain amount of machoism,” he adds. The crime film is inspired by the 2014 Badaun gang-rape case.

Speaking about his motivations to do the film, Ayushmann says, “Playing a cop was not the first thing that came into my mind, because, for me, the subject was intriguing. This subject needs to be addressed. For me, the script comes first and the character comes later. The idea is to make people aware that this happens in our country in 2019,” he says.

The Badhai Ho actor also says that his decision to do the film was not based on it’s potential for commercial success. “The success I saw in 2017 and 2018 gave me the courage to do a film like Article 15 because as an artist, I have a social responsibility. Now, I have a bigger audience, so these films can reach more people. Article 15  is like a passion project, I am not thinking of a certain opening number at box office. I know for a fact that a film like Bala will have a great opening and commercial success, but this is something that is hard hitting. It’s dark, and the main motive is to enlighten people and make them think. I am not thinking of commercial aspirations; it should just reach markets that believe in caste bias and have that mental change after watching this film,” he says.

As for his personal experience with caste discrimination, Ayushmann says that he has never been the victim of it in his field of work. “I have never faced any discrimination coming from the so-called privileged caste, and I feel our film industry is the only place which is open and doesn’t care which religion you belong to. It only depends on your talent,” he says, adding that he also finds the nepotism debate stretched. “The star kids who are doing well right now are genuinely talented and they deserve to be there. It is not because they are somebody’s kid. So yes, our industry is very secular,” reveals Ayushmann.

However, the actor’s next film does deal with a subject that is rarely focused on in Bollywood. The actor is gearing up to play a gay character in his next film, which is a sequel to Shubh Mangal Savdhan. He says that this has been one of his toughest roles. “This in particular will be a challenging role to pull off,” he says. “We have a writer-director who is giving narrations and is in touch with the LGBTQ community. We are making a film about this because it is resonating with them and also carries a certain message. But I can assure you that it won’t be a caricature at all. It’s a sensitive topic and at the same time, it is light-hearted. It’s a combination of both,” he explains.

While his career is booming, one cannot help but wonder the toll it must have taken on his personal life. Ayushmann’s wife Tahira has previously spoken about the insecurities that she dealt with after he became successful. However, the actor talks about the progress they have made as a couple, how dependent he is on Tahira, and the security that he gives her as a husband.

He says, “I got famous with Vicky Donor when we both were very young. That was when there were insecurities, but now we both have matured. There is love and security in our marriage for sure, and we need to believe in each other. Both of us have evolved as artistes and we are both involved in each other’s lives; I think that is very important.”Ayushmann has also brought his relationship into the work front: He has produced a short film for his wife called Toffee. “She is part of the decision-making and I am part of her life as well as her personal battle, so it is a collective effort. It is not my life, it is our life. If you have that thing in your head, then it gets easier.”