A candid, heart-warming account of Karan Johar’s life and the business of Bollywood. 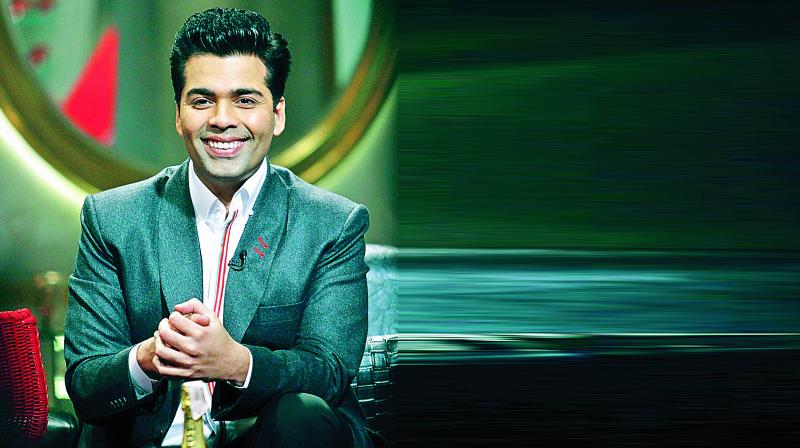 There is nothing unsuitable about his personality unless the book title highlights a subconscious awkwardness associated with his sexual preference. Karan Johar’s autobiography, An Unsuitable Boy (co-authored by Poonam Saxena) provides ample hints about his sexuality but stops short of an affirmative confirmation. However, Karan is unapologetic about his decision to stay mum: “The only time I’m tight-lipped is when I’m asked about my sexuality because it’s my personal business and I don’t want to talk about it. When I’m ready, I will (open about it). Right now, I don’t wish to. It’s the only part of me I feel I’ve caged.”

But isn’t an autobiography meant to be an honest appraisal of one’s own journey? Well, in the case of most Indian celebs, it is nothing but the selective truth. However, to be fair to Karan, he makes up for it by providing sordid details of his unrequited love sagas. Like the star-crossed lovers in his movies, Karan knows the searing pain of not having his love returned. “I’ve had two unrequited love situations in my life. One in my twenties and one in my thirties where I’d love and not received that love back and I remember how hurtful it was. It’s worse than a toothache. It’s worse than having a tumour in your brain. Your heart hurts. Some call it anxiety and some call it breathlessness.” 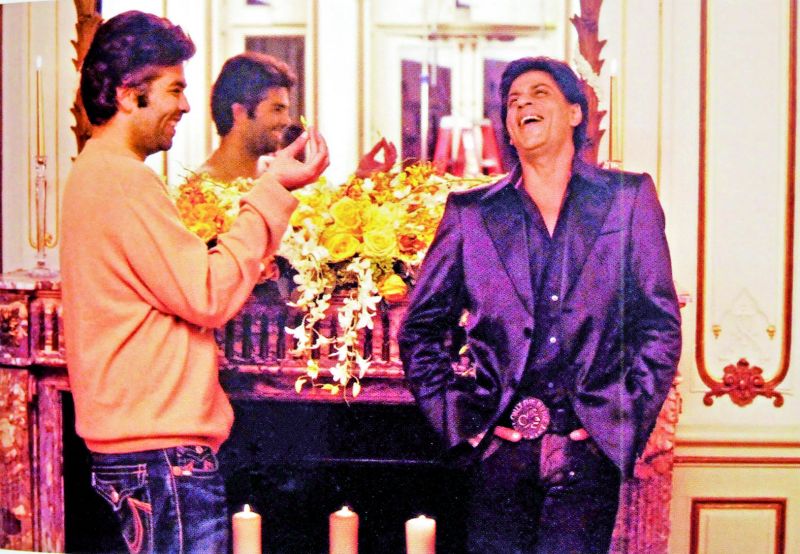 Only a filmmaker who specialises in candy-floss romance can describe a heartbreak with such sincerity. But while commoners get on with their lives post break-ups, the indulgent rich, fashionably head for a therapy session. And then spout words of wisdom: “To love someone is such a feeling of power because even if you don’t get that love back, you still have it. It could be a weakness, it could be a strength. It’s how you look at it. I look at the love I had as a source of great strength.”

In places, Karan sometimes appears to contradict himself. He talks about feeling ‘happy and liberated’ despite ‘not coming out in the open.’ Maybe he needs another round of therapies to sort out these mixed emotions, and who knows, it might even lead to An Unsuitable Boy part 2. 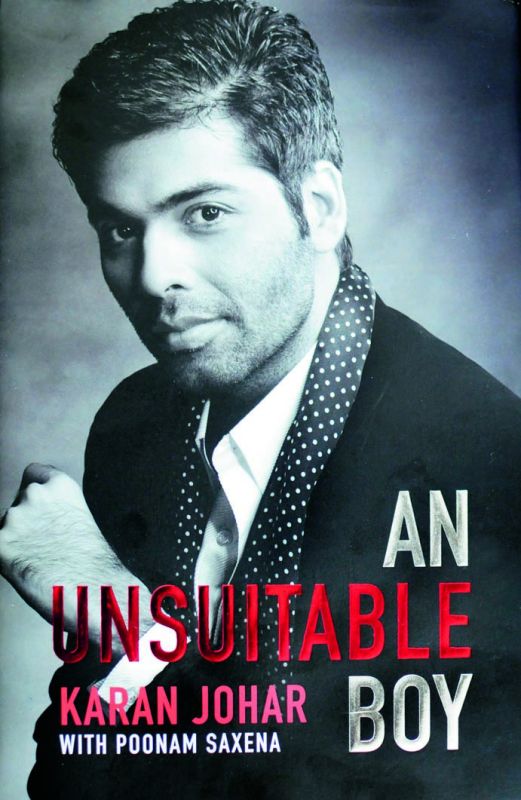 The successful filmmaker’s life has been well-documented even otherwise. After all, he is one of the most media savvy filmmakers of his times, who is also all over the place — from talk shows to reality sagas. So much of his book doesn’t come as a surprise to a Bollywood fan.

He grew up in South Mumbai, as an only child to his indulgent parents and by his own admission — a good obedient kid who always felt a little different. His parents played the roles of good and bad cops well. His mom Hiroo, he states, was strict while his producer dad, late Yash Johar, spoilt him rotten. Karan was an overweight child who longed for a sibling but his mom couldn’t have one due to several health issues.

His childhood was normal but filled with angst. He was often called a fatty and pansy by mean kids, especially boys, in his wealthy neighbourhood. That’s why he sought the company of girls who were kinder to him. Karan’s Parsi neighbour Farzana Manchangji (his rakhi sister) was the only one who had an emotional hold on him during those days. 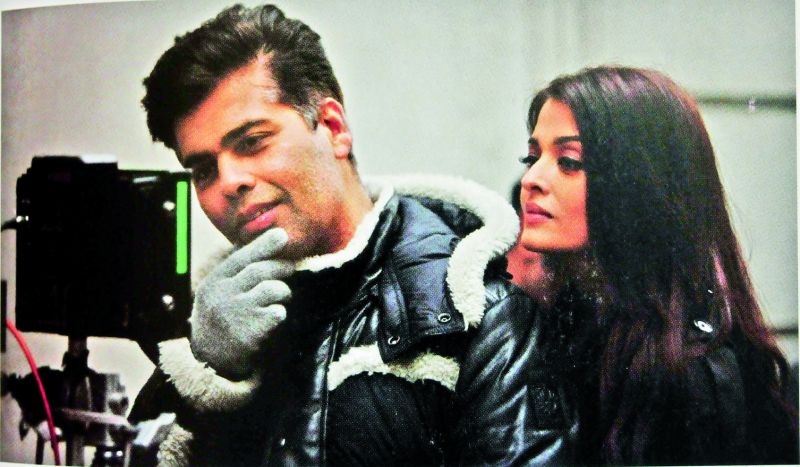 He was by and large a lonely child,  who was overly dependent on his mother, who then decided to pack him off to a boarding school. And then the drama that followed has already been discussed by his childhood buddy, Tina Khanna on one of the episodes of Koffee With Karan. Tina also makes a guest appearance in this book. Besides that, the only other mention of her, refers to her refusal to take up a role in Karan’s debut movie Kuch Kuch Hota Hai.

Clearly, when you pick up an autobiography of a famous personality, you are not much interested in the mundane details of his/her routine life. In reality, you are seeking for all the juicy stuff on Bollywood, and this book doesn’t disappoint here. 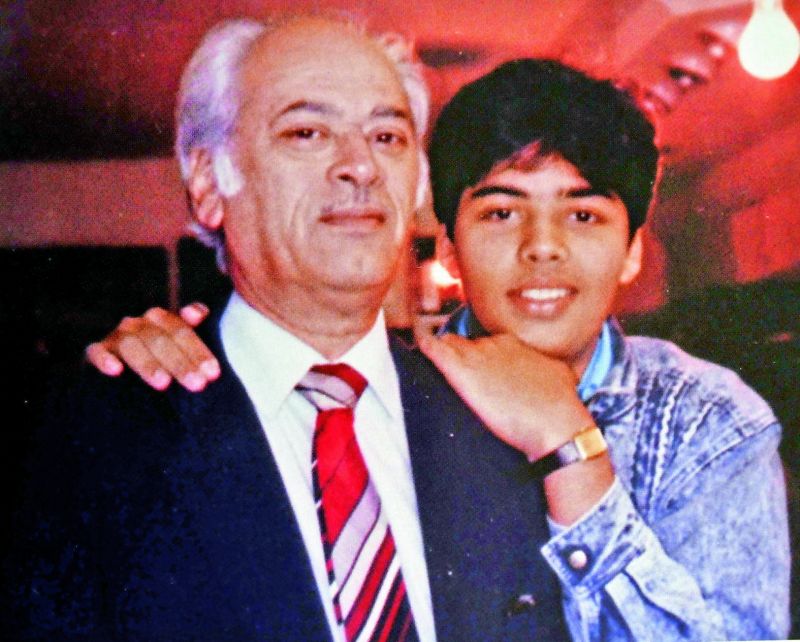 Karan at his house in New Delhi, at the age of 17 with his dad, Yash Johar

While it is generously sprinkled with names that get your pulses racing, there is nothing that you don’t already know about his friendship with the Bachchan kids or Farhan and Zoya Akhtar, or his family ties with the Chopras. However, if you stay alert while reading it, you stumble upon little gems like how Hrithik Roshan was almost treated like an outcast on the sets of Kabhi Khushi Kabhie Gham. “I felt Hrithik was the only one during the course of the shooting who needed hand-holding. See, the Bachchans didn’t have that equation with him. Shah Rukh was a bit distant at that time because of what was happening. Kajol was team Shah Rukh. So, I felt I needed to hold his hand a bit.” He obviously doesn’t reveal why but the conjecture at that time was that the Bachchans were keen that Abhishek plays their son and Karan had firmly put his foot down as Hrithik was a huge star post-Kaho Naa... Pyaar Hai.

There are moments that move you deeply as well — ‘The Death of My Father’ is one such chapter. His father was suddenly diagnosed with fourth stage tumour in his esophagus. The year was 2003 and ironically, Karan was shooting for Kal Ho Na Ho, where SRK’s character had cancer. The realisation that his comfort zone was being destroyed and he had to deal with the trauma of losing his father whom he loved so deeply, has  been sensitively captured: “I will never be able to do an electric cremation of anyone I love because it’s like putting somebody into an oven… the insensitivity of that ritual just broke me into a million pieces. I sank to the ground and wept.” 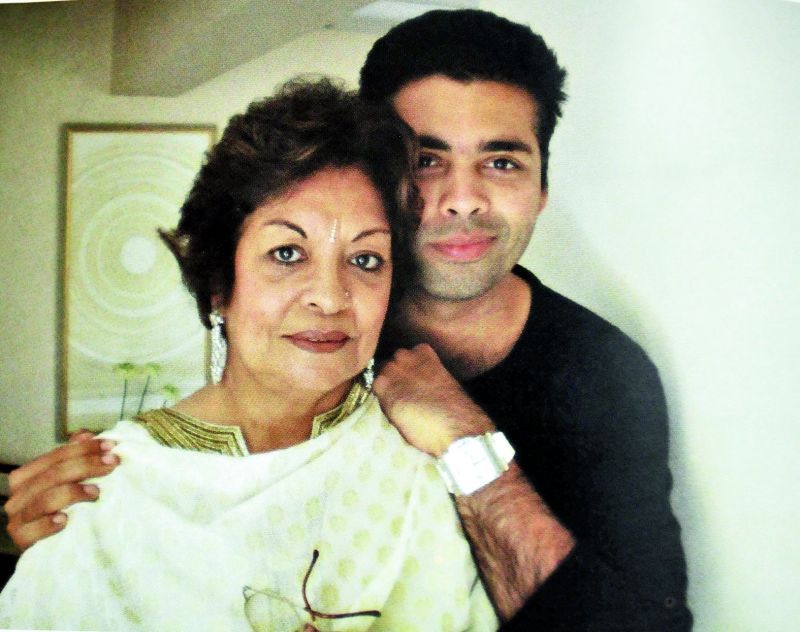 As the book suddenly jumps from an intense subject to rebuilding Dharma — his production company, there appears to be a disconnect. The next couple of chapters are rather unexciting as he talks about the challenges of being a Bollywood filmmaker and the politics involved within the industry.

But just as you wonder whether the book has lost its energy, SRK fans can look forward to his revelations about the bond they share — two bhais, that’s how they address each other. While most people are aware of how they had met and connected on the sets Aditya Chopra’s Dilwale Dulhaniya Le Jayenge, not many know what had gone wrong between Karan and SRK. Karan addresses the most uncomfortable question: “The fault is mine because I went on record to say that I would never make a film without Shah Rukh Khan. I should not have said that because I put that seed in his head and everybody else’s head... I think, I may have hurt him when I made a film without him.” But no, he does not reveal which film that is. 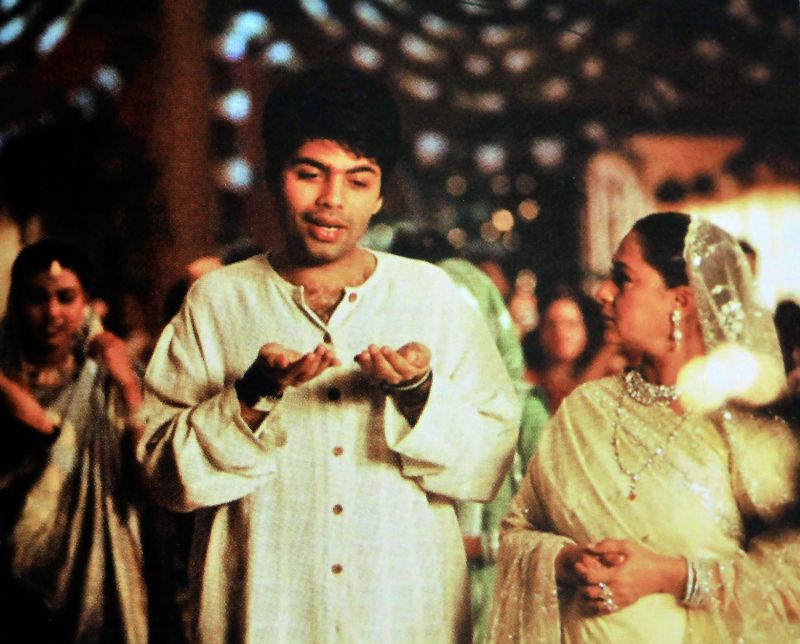 There was also gossip about his disapproval of SRK’s alleged affair with Priyanka and how he rightfully supported Gauri, thereby antagonising Shah Rukh even further. But you are not going to obviously find any of that in his book.

While SRK has been eulogised, Karan, who is currently in a cold war with Kajol, tersely admits, “I don’t have a relationship with Kajol anymore. We’ve had a fallout.” Again, he vaguely attributes it more as a fallout between him and Ajay. But don’t expect the inside dope here. Instead, he expresses his hurt over Kajol’s tweet: “Shocking”, post the Kamaal Khan controversy. 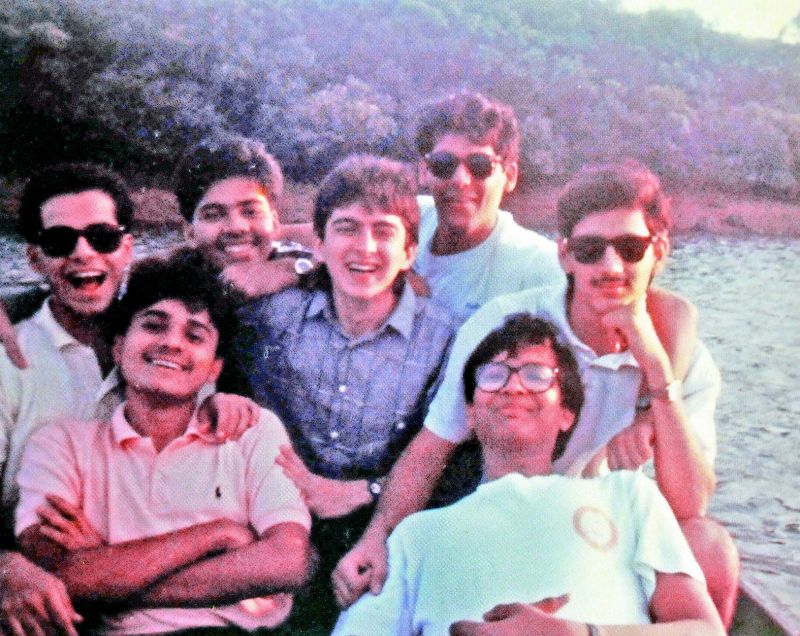 But knowing how fickle Bollywood friendships and relationships are, if SRK and Salman can make up, it wouldn’t come as a surprise if Kajol and Karan do so eventually.

Throughout the book, Karan has been upfront while addressing his personal life — he has confessed to losing his virginity at 26 by paying for sex and debunks the myth that Karan Johar can get any man he wants, at any given point. “Today, people think that I have all the possible avenues to have all the sex in the world. But that’s not who I am... I get scared of being spotted with any single man now because I think they are going to think I am sleeping with him.” 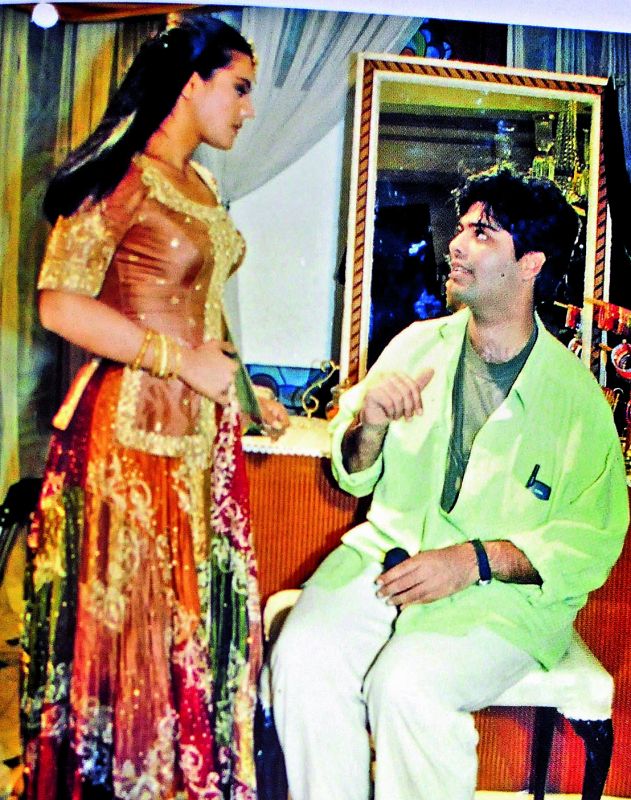 The book ends on a pessimistic note where he talks about the future. Like most singletons, he is afraid of loneliness and coping with life on his own. “My mother has been through health issues and every time she doesn’t answer her phone after three rings, I think the worst thoughts. As I’m growing older, I’m getting more vulnerable. I fear to lose the only family attachments that I have.” Karan also talks about adopting a child at the age of 43 and addresses his fears of a final confession. “Selfishly, I want to have a child who will take care of me because I am afraid of growing old alone. That’s my greatest fear. Death doesn’t scare me, life sometimes does.”