Known as the Hawaii of China, the island’s picturesque coastline and tropical climate has something for everyone. 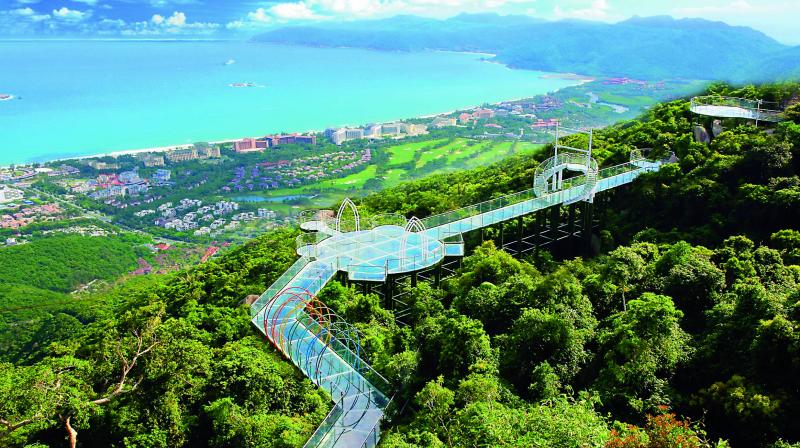 For centuries, Sanya Island in the Hainan province of China has been the de-facto prison island for political exiles and rogue elements of the country. Today, the island is drawing refugees of another kind: from the urban population who want to escape the daily hustle of megacities. Located on the same latitude as Hawaii, it enjoys similar balmy, tropical weather and therefore earned itself the nickname of being ‘the Hawaii of China’. But this tropical haven was not always a preferred holiday destination. Its fortune changed in 1988 when it was designated as a special economic zone. Since then, the southernmost island of China has been on a fast track to becoming a holiday paradise for the well-heeled travellers.

Paradise found
With over 300 days of blue sky, pristine pure air quality and a coastline of 250 km, Sanya is China’s largest and favourite tropical playground. My typical day would start with a stroll on the sandy-white beaches lined with palm trees overlooking the clear azure waters; and would culminate with savouring the tangerine sunsets, golden sands and lapping waves. While there are 36 bays on the island, Sanya Bay, Yalong Bay and Haitang Bay are the most gorgeous to soak up the sun, sand, sea and scenery. Lying to the west of the city centre, the 22 kilometres long Sanya Bay is the largest on the island. The beach is lined with coconut palms and landscaped with manicured promenade and gardens. But this public beach gets noisy even on weekdays so I headed to the crescent-shaped Yalong Bay and the secluded Haitang Bay to unwind amidst stunning sceneries and underwater action. One place that I would go back in a heartbeat is the butterfly-shaped Wuzhizhou Island that lies in Haitang Bay itself. All you need to do is take a 10-minute ferry from the downtown Sanya. The island with its craggy coastline, blue crystal waters, powdery-white beach and quirky photo installations is an ideal backdrop not just for adventure seekers but also for wedding and lifestyle photographers. 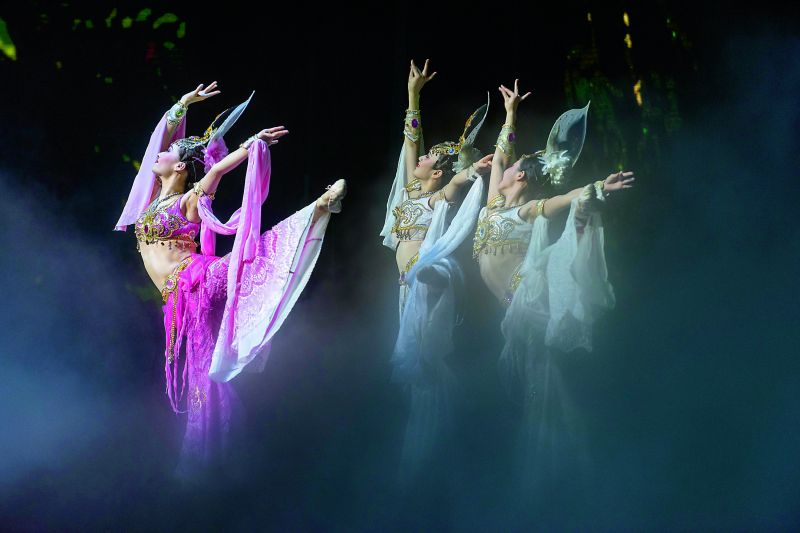 The Romantic Show at Sanya

Sanya might be famous for its beach life but there’s more to the island than the coastline. Just 45 minutes’ drive north of Haitang Bay, Sanya’s topography wears an altogether different hue – crystal clear turquoise blue waters give way to lush green tropical forests. As we marched towards Sanya’s top nature park, my guide shared some important nuggets of information about Hainan’s first National Park. Rich in natural and cultural resources, the evergreen rainforest has more than 1,500 kinds of tropical plants and over 190 kinds of wild animals. The park serves as an ideal backdrop for exciting mountaineering expeditions, science tours, folk culture experiences and even health retreats. While there are walking trails, most visitors use electric carts to get to park’s three drop-off points. Footpaths and raised walkways wind through the trees, with viewpoints dotting along the way that provides spectacular views of Yalong Bay, Haitang Bay, and the surrounding valleys. I felt like Alice in wonderland balancing my steps on 168m long wobbly suspension bridge hanging 40m above the ground. But the most stunning piece of architecture is the 400-meter-long elevated glass bridge. The structure has several circular glass observation decks along the bridge, jutting out of the mountainside and provides unobstructed and panoramic views of the sea and the park.

Culture conservation
After checking out the local attractions of Sanya, I was tempted to check out its cultural side. Sanya has a cultural heritage spanning over 10,000 years. The social fabric of the island is made by diverse ethnic groups, housing up to 36 minority groups. My curiosity to learn about the ethnic tribes of Sanya took me to the Binglanggu Hainan Li & Miao Cultural Heritage Park.

Shedding more light on the tribes of Sanya, my local guide informed me that Sanya is one of the few places in China where the Li ethnic group have settled. Over the past thousand years, they have added to the cultural diversity of the island through their unique customs, clothing, and entertainment. I felt I had time travelled to a different era when I explored their tribal museum, ate the local delicacies and even tried my hand at old weaving techniques. Everything was fascinating, especially the face tattoos of the Li tribe called the ‘living fossil of body art’. The highlight of the half-day long tour was the high-energy 50-minute cultural show by several hundred performers.

However, the best and the most surprising act of my Sanya trip was saved for the last. I came to see ‘The Romance Show of Sanya’ with no expectations but witnessed a visual feast filled with great surprises. Rooted in the 10,000 years’ history of the island, it obliterated the boundaries between performing arts and special effects. Featuring fight scenes, mesmerising dance routines and aerial acrobatics, it left me mesmerised about the place that has managed to conserve its cultural fabric so well.