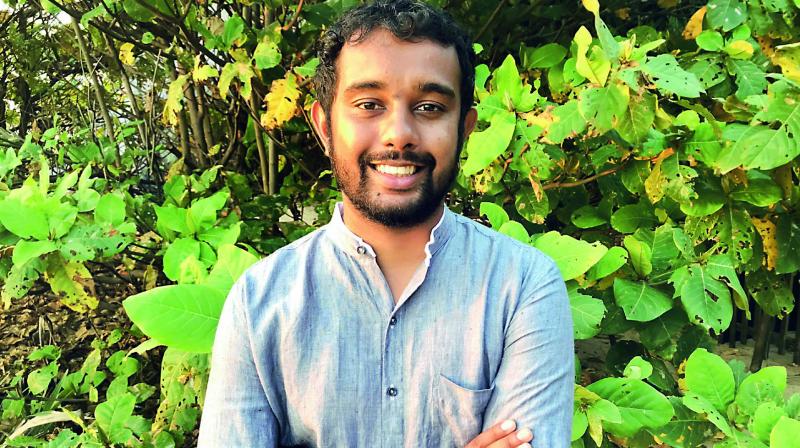 The teardrop-shaped island just off the Southern coast of India, Sri Lanka, can be a nation grossly misunderstood at times. While it has often been portrayed as a war-ravaged country, social media posts project it as a tranquil island, teeming with tropical beaches and wildlife. “Many Western journalists, have sometimes portrayed the country as an irredeemably violent place. But that picture of Sri Lanka is as untrue as the Instagram posts that suggest it is an uncomplicated paradise where people sit around smiling all day selling coconuts and seafood,” says Andrew Fidel Fernando, who tasked himself with setting things right in his debut novel, Upon a Sleepless Isle.

Andrew, known to most as the commentator on ESPNcricinfo, embarked on a six-week-long sojourn across Sri Lanka in an attempt to depict the nation in all its complexity and glory. The Colombo-based author feels “It’s virtually impossible to tell the story of Sri Lanka without delving into the history of the communities, and the nature of their interactions. Sri Lanka is multi-religious, multi-lingual and multi-ethnic in a way that very few countries of its size are. It’s important to bust myths because although there has been strife, there are also many instances of profound harmony.”

Andrew kicks off the myth-busting adventure from his hometown of Dehiwala, a suburb in the city of Colombo, where the author—who spent a considerable amount of time in New Zealand before moving back to Sri Lanka— struggles to get his hands on his National Identity Card. He chronicles his efforts to wrangle the document out of an apathetic Sri Lankan bureaucracy through rib-tickling sentences like, “These two were quintessential bureaucrats, specialising in distant looks and unabashed idleness,” and “Having come to life in a primordial soup of bribes, backhanders, and political favours, these folk have, over billions of years, become perfectly adapted to raising the blood pressure of their patrons.”

And this vein of humour and honesty runs through the rest of the novel, whether he’s describing governments, the country’s infrastructure, the locals’ religious zeal or the quirks he spots in people. “I was never interested in writing anything other than a brutally honest take on the island. I think the important thing here is tone. I tried to make my criticism joyful, rather than scathing. And then I tried to enlighten the reader as to why these evils existed in the first place. If your critiques are borne out of empathy, you can get away with much more then if you’re essentially yelling at the reader with throbbing forehead veins and spit flying out of your mouth,” reasons Andrew.

From Dehiwala, the writer chooses to head North, stopping at talked-about locations like the Minneriya National Park (where he describes in side-splitting detail a young male elephant’s tryst to “get it on” with an already-taken female elephant), Sigiriya, an ancient rock fortress built by King Kasyapa (who had run-ins with the Buddhist clergy and a healthy appetite for excess), the city of Kandy— home of the Temple of the Tooth — one of the most-visited religious sites of Sri Lanka, Nuwara Eliya, a city renowned for its colonial buildings and tree plantations (a crucial chapter has the author trace the tea estates, established during the British rule, acting as sites of division by fuelling ill-will between the immigrant Tamil community and the Sinhalese locals), Polonnaruwa – famous for wild primates and medieval ruins (in one of the most fascinating chapters of the book, the author traces how an ice-cream seller named Indika Manawadu made one of Sri Lanka’s greatest archaeological finds) and one of the ers
twhile capitals, Anuradhapura, which now holds the remnants of a once-flourishing temple complex, among others. 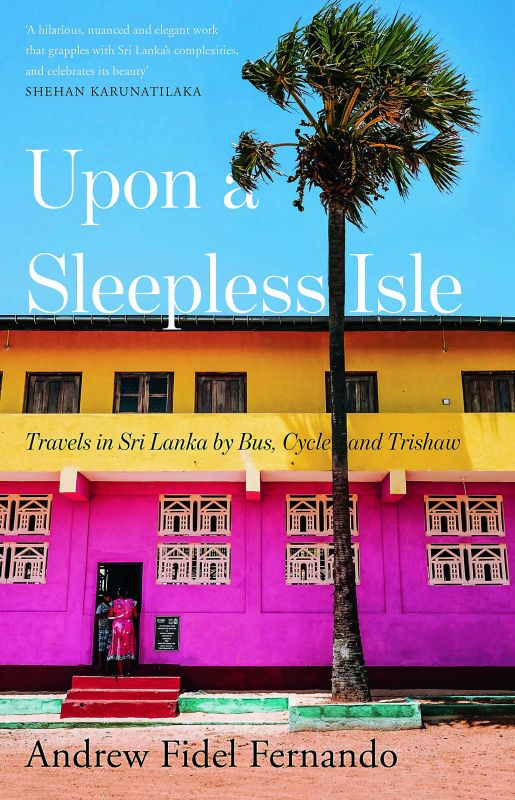 But the author also visits the not so talked about places, like the far-flung island of Nainatheevu, the city of Jaffna and the district of Kilinochchi. Along with describing the physical contours of these Northern regions, Andrew touches upon the emotional makeup of its people, who witnessed the worst of LTTE violence and clashes brought on by it. In Batticaloa, a major commercial city, the author spends time tracing the origins of the country’s third-largest ethnic group – the Muslims — their past and current relationships with the country and its people. But given the sensitive nature of these narratives, Andrew says that he had to continuously and consciously undertake due diligence.

“That’s where my journalism training kicked in. You have to actively shed any prejudices and pre-conceived notions and speak to as many people as possible, across the socio-economic spectrum. The experience of the war for many Tamils in Jaffna town, for example, is not the same as the experience for families in the Vanni, which is the poorest belt of the island. The Sinhala south and Muslim communities in the East are no less complex. ‘Research widely but wisely’ was something I kept telling myself,” shares the author.

Fatigued but determined, the intrepid traveller then heads South, repeating the trend of paying equal attention to the popular and obscure. Andrew’s sojourn has pit stops in sea-side tourists towns like Arugam Bay and Galle, biodiversity hotspots like Kumana (where he discovers an old village and the history of its people, the Veddahs – indigenous folk who have long-since been displaced), Yala, Boondala and Sinharaja – all famous national parks, the town of Weligama (where he embarks on a fishing expedition he is utterly incompetent at) and Adam’s Peak - a towering mountain said to be etched with the footprints of Buddha, Adam or Shiva, depending on the religion of the person making the visit, among others.

But Andrew’s travelogue doesn’t spew history and geography lessons alone as the author peppers every chapter with a generous sprinkling of hilarious observations, interactions and anecdotes. Opting for the budget-friendly route for his travel (trains, buses, cycles and trishaws) and stay (borderline-questionable, low-cost homestays and hostels, except when his wife joins him over a weekend), Andrew’s trip helps us vicariously enjoy not just the scenic beauty of Sri Lanka, but also the friendliness, humour and generosity of its people.

When asked how he kept track of all that he experienced, the author gives a humourous response; “I took notes and photos. Much of the actual writing didn’t take place until after I returned. By the end of the trip, my notebook was extremely precious. I stayed in some pretty rough places and found myself repeatedly wondering where the safest places to put the notebook would be if, say, the flimsy roof of my room caved in with a torrential downpour. There was definitely a stage in which its safety surpassed my own safety in importance.”

What really strikes one about the island nation, however, is its resilience.  Despite the wear and tear brought on by the past and the present, Sri Lanka manages to heal, mend and grow, as if it has been kept on a sustained, potent dose of Madam Pomfrey’s ‘Skele-gro’ potion. But this is not Harry Potter’s magical world, so it has to stem from something more real and powerful, like hope.