Prabhas is on a roll!

After the stupendous success of Baahubali 2: The Conclusion, there will be no looking back for the Tollywood actor. 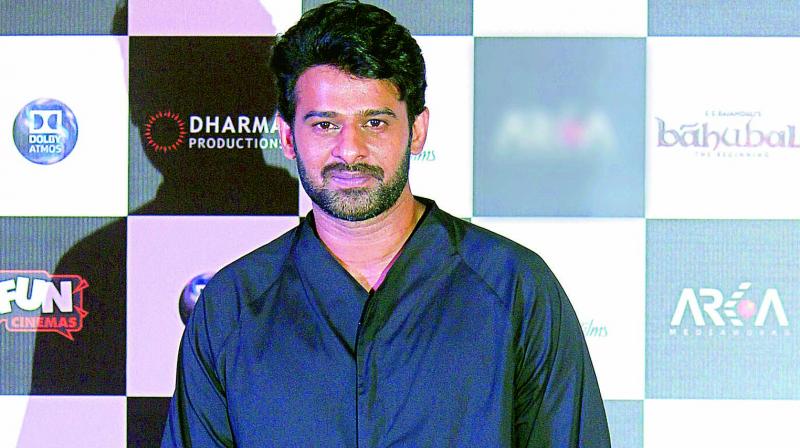 Prabhas Raju Uppalapati is an actor whose fame was restricted to Andhra Pradesh and Telugu films — till Baahubali released. The second part of the film especially catapulted Prabhas to international fame overnight. In just seven weeks, the film has broken all records in India, grossing over Rs 1,500 crore, and taken the film industry by storm.

Born to Siva Kumari and Telugu director and producer Uppalapati Suryanarayana Raju, Prabhas is the youngest child in the family. He made his debut in the Telugu film Eeshwar in 2002, and followed it up with Raghavendra in 2003, but both films failed to impress. However, Prabhas’ next movie, Varsham (2004) was successful and earned him the Best Young Performer at the Santosham Film Awards. In 2005, Prabhas starred in S.S. Rajamouli’s Chatrapati, which ran for over 100 days in 54 cinema halls. It was a huge hit and his screen presence was greatly appreciated.

Over the next few years, Prabhas starred in many films and experienced mixed fortunes. For his performance in Ek Niranjan (2013), the actor received a Filmfare nomination. In 2014, Prabhas made his debut in a Bollywood film with a cameo appearance in Action Jackson, featuring Ajay Devgn, Sonakshi Sinha and Yami Gautam.

However, it was his 2015 blockbuster Baahubali: The Beginning which catapulted him to fame, becoming the highest grossing movie of the year. The suspense that the film created was phenomenal. In fact, the question — ‘Why did Katappa kill Baahubali?’ frustrated film lovers all over India for two years before it was finally answered in Baahubali 2: The Conclusion.

Prabhas’ popularity
Natural benefic planet Jupiter will be transiting over luminaries through Libra in Prabhas’ chart. Hence, the actor may enjoy good health and sport an attractive personality in the coming period. He will will enjoy lavish pleasures and share very good relationships with top industry tycoons. His career path will most ideally be on a smooth sail. Whatever endorsement or films he takes up are bound to get great success. He will gain great fame and respect in the coming period and will possess good influence over the film industry.

Wedding bells?
Jupiter will be transiting over natal Moon and Venus through Libra, which gives hints about better prospects in relationships. The period from September 2017 onwards shows peaceful moments in his personal life. He may also indulge in a meaningful or committed relationship during the first half of 2018. Also, the period starting from March 2018 onwards is likely to draw him towards marriage.

A bright future ahead
The combined effects of Jupiter and Saturn denote success in Prabhas’ endeavours. He will remain dutiful towards his career and may also reap benefits of his hard work. His career and finances may generally notice a gradual rise. He will be able to maintain good terms with industry leaders. Their favour will help him progress very well on the career front. He may also have a close relationship with some top politicians. As for finances, looking at the thundering hit that Baahubali 2 has been, it is unlikely that Prabhas will ever face any financial problems in his life, especially with endorsement proposals flooding in.