A one track movie mind 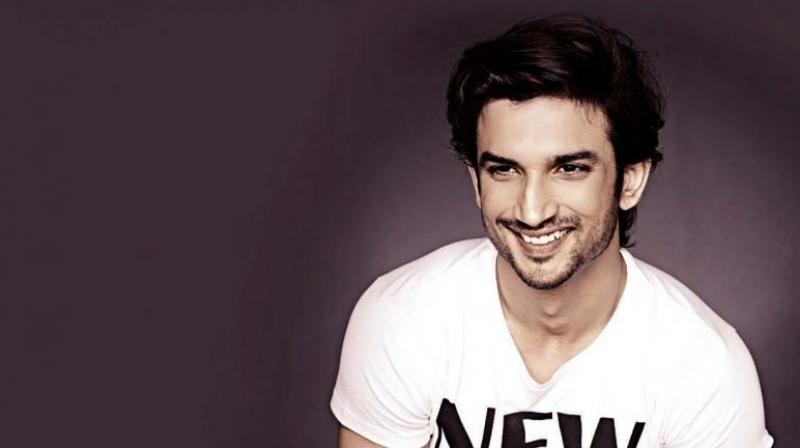 Life, often, on the other side of 30, brings along with it a need to slow down and take stock of your plans from life. But not for Sushant Singh Rajput. Having turned 32 this month, the actor has only just gotten started. Undeterred, yet with his head firmly on his shoulders, Sushant seems to be making the right moves and the right noises in his career.

In an interview about his movie choices, and love life, Sushant talks about what to expect of him in the coming months. Excerpts:

So, you’re 32 now. What does the age mean to you?
That I should live in the present, and make the best of the opportunities that come my way. Also that I shouldn’t worry about what I’d be doing when I turn 33 (smiles).

You’re shooting in Chambal now. How’s the shoot progressing? Roughing it out in the rugged terrain?
Shooting for Abhishek Chaubey’s film is on in full swing. I came here to Chambal early to do a bit of warm up for the movie. Visiting ravines, talking to locals, working on the dialect and inflection of my speech is on the agenda. Of course, being a bit cut-off from everything before the shoot helps keep the right things in perspective.

Meanwhile, there have been so many conflicting reports about movies that you are and aren’t doing. So, which ones do you actually have on your plate?
At this point, the movies that I’m allowed to discuss are Tarun Mansukhani’s Drive, which is releasing on Holi, Kedarnath, Abhishek Chaubey’s next, that presently I’m shooting for, the Karan Johar-produced remake of The Fault in our Stars, and Sanjay Chauhan’s Chandamama Door Ke.

Oh, so the astronaut movie isn’t shelved?
Not at all. I really like acting, irrespective of the medium. And if presently I’m able to choose projects that I want to be a part of, then there are no complaints whatsoever. I’m really very excited and want to give everything I have to all these wonderful films I’m a part of.

You seem to pick unexpected roles. Is Drive your first masala movie?
I really don’t have an understanding of what commercial or masala films are, and I hardly think from someone else’s perspectives of what films I should select. I want to have new and great experiences. So these films that I’m doing are not deliberate attempts to pick unexpected projects, but the most logical decisions from my point of view.

What can viewers expect from you in this year?
More number of films, and I would, without the fear of failing, choose films and perform in a way where you would be pleasantly surprised and entertained.

There’s plenty of variety being churned in Indian cinema right now. Do you enjoy being part of this creative chaos?
Fortunately, when I started doing films, the industry was already creating some great content, and was open to hiring talents, without any prejudices. So, I’ve been lucky that way. In the coming years, I would expect a lot more original content, and a bit more courage. Very soon cinema, per se, will be fighting exponential technologies like VR (virtual reality) to survive.

Coming to Kedarnath, how was the experience of reuniting with your Kai Po Che director, Abhishek Kapoor?
I have a real special relationship with him. I have fond memories of Kai Po Che, and I will always be extremely grateful to him for my first film, and for Kedarnath. As far as Kedarnath goes, it is a great story, and we’re giving it our best to do absolute justice to this very special film.

Any ill will about refusing Abhishek’s earlier film, Fitoor?
I never refused Fitoor. Unfortunately, our dates didn’t match. I know there were a lot of stories about some tiff, but as far as Abhishek and I, both know what it was, there is not even an iota of misunderstanding related to that.