In a career spanning nine years, the National award winning actor has made a steady rise to the top in Hindi cinema. 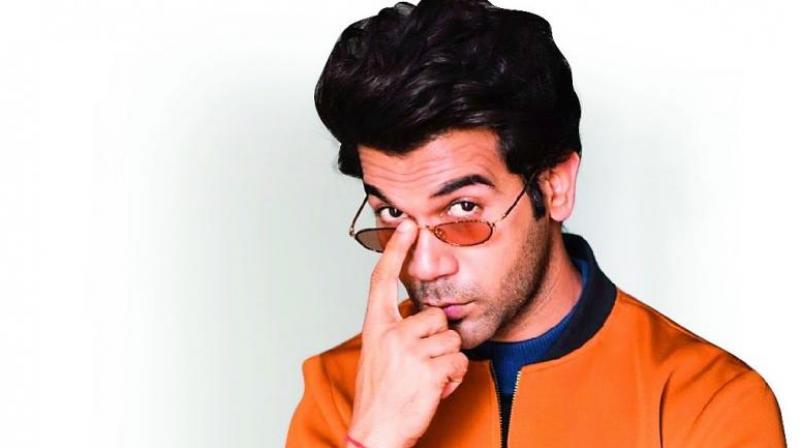 While some Bollywood actors indulge in celebrity air kissing and dissing, Rajkumar Rao is perhaps one of the few actors who keeps a low profile and lets his work do the talking. Rao brings an active, eclectic style to his movies – Aligarh (2015), Shahid (2012), Love Sex Aur Dhoka (2010), Stree (2018), Bareilly ki Barfi (2017), Gangs of Wasseypur (2012) – that always keeps the eye entertained.  In a career spanning nine years, the National award winning actor has made a steady rise to the top in Hindi cinema. Rao’s character in Kangana Ranaut starrer, Queen was well appreciated in India and overseas. However, the duo’s recent much-hyped Judgementall Hai Kya (2019) approached its climax not with a bang but a whimper! And Rao refuses to share his views on the failure of the film, though he’s all charged to talk about his ‘maiden China’ venture...

Can you tell us about your latest movie titled Made in China (2019)?
I was in splits when the story of Made In China was being narrated to me. It is an aspiration journey of Raghu Mehta. This kind of journey is experienced by every individual in their life time. We all wish to earn our living in a proper way and rise up in life. We surely work hard to fetch a better living standard for ourselves and our family members.  Raghu is a failed businessman. Initially, he tries to sell Emu eggs and then a roti-maker but alas, nothing works. The crux of the story is how he reaches China? He brings something from there to sell here.

How comfortable are you using cuss words? There are some double entendres in Made in China?
I have not used any double meaning dialogues.  The dialogues used in the movie mean what the character says. We are all responsible actors and we don’t talk vulgar. Ours is a U/A movie. The story is important and the scenes are funny.

Will we see you doing sex comedies?
It has to be well written but I don’t think I will do it. Even if I do a sex comedy, it can’t be vulgar. It has to have some clever gags. The story has to be important. I was offered a sex comedy film but I refused it.

What do you bear in mind while choosing a film?
I am being offered films but I am always careful about choosing certain stories. I like to choose stories that click my heart in the first narration. If the story does not appeal or touch my heart I avoid doing it. Also, I need to feel excited about it. If the story is exciting and the people you work with are good, you will feel like going to the sets.

What went wrong with Judgementall Hai Kya?
I thought it will do well but it didn't. I know the reasons why it didn’t work but I can’t share my opinion with you. I saw the film in Agra. After watching it I analysed but these analyses are for my personal self. A lot of people gave it great reviews.

What does challenge mean to you?
I think every film is a challenge. I get very scared before beginning a shoot. I try to do something new and fresh to make it exciting. For, Made in China I changed my physicality, my tummy is protruding. I learnt Gujarati.  Some people make it loud and it becomes like a standup comedy. I wanted it to be real. I met people in Ahmadabad and recorded their conversations. Later, I used that experience in my role.  I did not use any prosthetics.  I ate a lot of rice and cheese and worked out. In this process my muscles expanded.

Talking about your tummy popping out …what if men got pregnant?
It’s a great story idea.  Why not?  Equality should be there. It’s a painful procedure but equality should be in everything. I am of the opinion that we should not challenge nature.

Do you believe in hard work or luck?
One has to work hard to achieve his/her goals in life. As luck can take you to a certain point. It can get you your first film but the rest depends on hard work. The ratio of hard work and luck is 75:25.

Are you a good businessman?
Main toh bahut bura businessman hoon. I can't be a great businessman. My team handles my finances.  I hated Math in school. But I have improved to a great level in this subject now. I was in Class 6 when ABCD was introduced in Math and I could not solve the problems.  Algebra was so difficult.  I was good in studies though...

What have you learnt from your father?
Being in a government job, also being a simpleton, he taught me honesty .He could have made money but he was never after money. He always felt he needs to get paid for the services he rendered as that’s his right. Both my parents supported me. In fact my father was happy that I wanted to pursue a career in acting. My father always kept track of my work. He would watch all my films.

Which are your forthcoming movies?
I finished shooting for Hansal Sir’s Turram Khan. The title of this film might change. Then I have Anurag Basu's Ludo. You will see me with Abhishek Bachchan and Aditya Roy Kapoor in it. It's a crime comedy. You will enjoy the way I look, dance and speak. There’s also Roohi Afza and White Tiger.