I am a very low-key person, says Sonakshi Sinha

In spite of that, the actress stands tall, having no regrets, as she believes that failure also teaches valuable lessons. 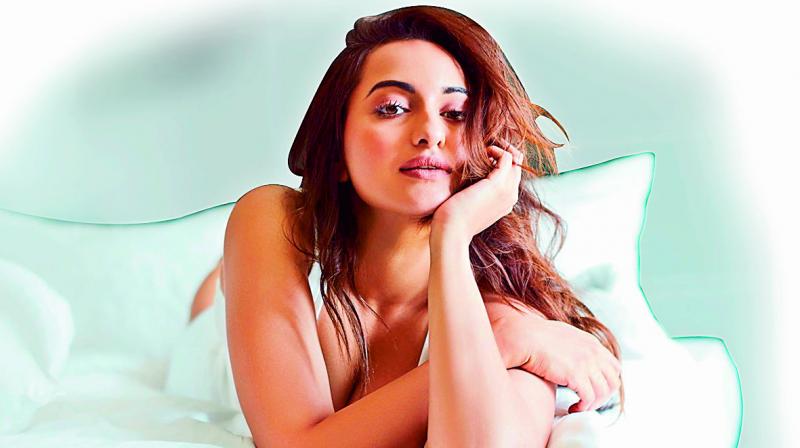 Despite a nine-year-old film career that has seen highs and lows, actress Sonakshi Sinha comes across as a mature individual whose mantra is to work hard and have no regrets.

Actress Sonakshi Sinha’s big brown ethereal eyes are possibly the best feature of her emotive face. Whether it’s to show a lover’s yearning or to be fearless in the face of danger, the actress’ features and expressions have given life to both her subtle and bombastic roles on screen.

Her first and most prominent role as Rajjo in her dream debut Dabangg opposite Salman Khan not only made her the face of 2010, but went on to become the highest grossing Bollywood film of that year and earned her a an award for Best Female Debut. And while 2012 saw four releases including Dabangg 2, most of them reduced her to a typecast or tanked badly.

It was Vikramaditya Motwane’s romantic drama Lootera (2013) which came as a breath of fresh air, in which her role of a woman suffering from tuberculosis earned her accolades from her harshest critics. A more mature actor now with 20 films under her belt, Sonakshi’s career graph is also riddled with troughs caused by films like Joker, Action Jackson, Bullett Raja, Happy Phirr Bhag Jayegi and Welcome to New York among others.

In spite of that, the actress stands tall, having no regrets, as she believes that failure also teaches valuable lessons. “My parents have always taught me that failure teaches a person more than success. Failures are very important in life and it happens in every field with everyone,” says Sonakshi, who recently hit the silver screen with Kalank, which did not do as well as expected, but has garnered her critical appreciation.

“You just have to learn how to move on. The kind of films that I have done, I don’t regret anything because they all taught me something or the other. I have worked with some wonderful people,” adds the actress.

Unfortunately in Bollywood, where business tends to take precedence over content, it is the box-office that decides the fate of actors. However, Sonakshi says she is unfazed by it all.

“Box-office collections are not in my hand and I don’t stress about it because I can’t control it. If a film works, it works. And if it doesn’t, it’s okay because by then you have already moved on to your next film. I don’t worry about it,” says the actress, who has Mission Mangal, Bhuj: The Pride of India and Dabangg 3 in her kitty.

In addition to her career swings, Sonakshi has also had to face constant criticism and body shaming for her curvaceous figure. For someone who is often a victim of trolls and negativity on social media, the brave actress reveals how confidence is her key to remain positive.

“I have always been confident. My shape, size or figure has never been the reason for my confidence. I count on my other abilities like my work ethics, the way I speak etc. These things give me far more confidence than what my body shape is,” says Sonakshi, who adds, “I have done some of my biggest hits at my roundest best only because I was working non-stop and people appreciated me for the way I looked at that point of time. When I started having time for myself and working out, I stuck to it and the results are showing.”

On a lighter yet serious note, Sonakshi also expresses her dislike of the growing paparazzi culture. “I am not fond of this paparazzi culture because sometimes I like to step out, be off-guard and don’t always want my camera face to be on. I like my privacy. I am a very low-key person, and like to go to a few places without being photographed and you can’t even lie because of this! If I have told someone I am out of station, you will get caught so that is my main concern right now. But it is what it is, so you deal with it,” says the 30-year-old actress.

Interestingly, Sonakshi comes from a family of actors, who are politically inclined. While her father Shatrughan Sinha moved to Congress from BJP earlier this month, her mother Poonam Sinha joined the Samajwadi Party earlier this week. However, the actress admits that politics is not her cup of tea.

“Yes, I am opinionated but that’s not enough for me to get into politics. Everybody has an opinion today and if all those fools started joining politics, then what will happen to our country?” she asks and adds, “Just because my father is in politics, it does not mean I will automatically join in. I don’t have the aptitude for it but if I did, I would have been more than happy. I don’t think I fit in that place,” she concludes.