Age on Sunday   26 Apr 2020  Keeping away pandemic blues, one webinar at a time
Age on Sunday

Keeping away pandemic blues, one webinar at a time

Not only are webinars making this lockdown productive, they are also a gateway for finding business and communication opportunities 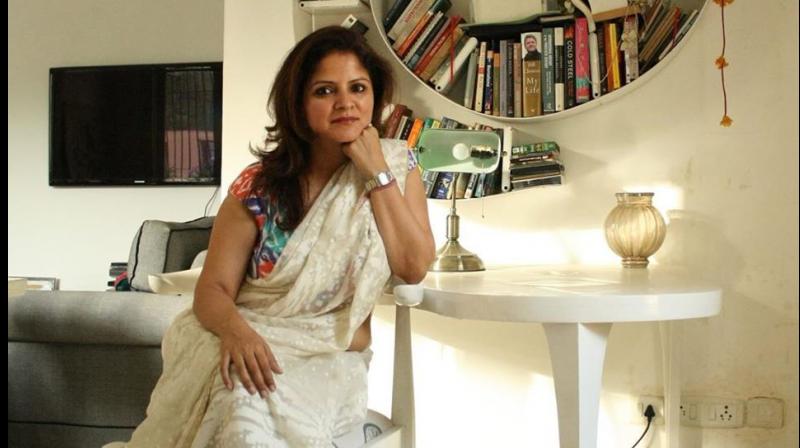 Even though the webinars re-emerged out of the need for staying active and communicating in the times of lockdown and social distancing, it’s likely that the trend will outlast lockdown.

Long before the world was forced to go into lockdown, noted novelist Pico Iyer had written about the art of stillness in his eponymous book. On April 15, the celebrated writer was a part of a webinar hosted by JLF Lit Fest where he shared the secrets of solitude and silence, both perhaps essential to survive the times we are in. With people trying to adjust to the interim reality of practising social distancing, the new-found free time has left them wondering of ways to be productive. While enrolling in online classes is one of the most popular suggestions out there, a more accessible and shorter format of webinars appears to have caught netizens’ fancy. Choosing from a sea of options available on the Internet and attending live talks on social media has become the preferred choice of kicking away the pandemic blues.

Tuning in to the sessions that have amateurs to stalwarts talking about topics such as history, arts, culture, fitness, economics, and almost anything under the sun, the plethora of webinars is helping people make the most of their time. And the options available are many and varied. While on one hand, there’s master blaster Sachin Tendulkar sharing his experiences about sports injuries with 12,000 doctors, on the other is HDFC chairman Deepak Parekh talking about the state of real estate market post-covid-19. For those who are missing out on their travels, the Ministry of Tourism has launched a series of webinars that allows one to explore the country, virtually.

Foreseeing this demand, Mumbai-based organization Avid Learning, which has been organizing events on eclectic themes, shapeshifted their events into live talks and performances on their social media accounts. From a workshop on archiving photographs with visual artist and bookmaker Kaamna Patel to urban conservationist Kamalika Bose giving a history lesson on colonial architecture as a political expression of the British Raj, the organization is curating a mixed bag of topics for people to learn from.  “As a lot of people are home, we assumed that they would have more disposable time, and would want to consume different formats. It is the power of social media that we can learn and grow in this interim period. Even though having real experiences can never be compared with the virtual ones, but at least it’s still an option that gives access to many more people who traditionally did not have access,” says Asad Lalljee, CEO of Avid Learning.

At a time when the gulf between the real and the virtual world is bridging, such a ubiquitous shift to live video formats will essentially change the way we communicate. Even though the webinars re-emerged out of the need for staying active and communicating in the times of lockdown and social distancing, it’s likely that the trend will outlast lockdown.

Explaining this, Parmesh Shahani, whose India Culture Lab recently hosted an Instagram live talk with the author of Coming Out as Dalit Yashica Dutt, says, “What’s changing is how we fundamentally think of our digital audiences and social media spaces. Earlier, we would use social media as a complementary space to create a buzz in the week building up to the actual physical event. But, the shift now has made these spaces and included these audiences into the mainstream.”

Among the organisations and collectives hosting webinars, the lineup produced by publishing house Roli Books has generated excitement among the culture aficionados. Their curation of live talks between authors Moin Mir and William Darymple, in which the two stalwarts pick each other’s brains every Saturday, have had people tuning in from globally.

Even though the significant processes of book publishing has come to a halt due to the lockdown, Priya Kapoor, the Director of Roli Books, reveals that such live sessions have helped them revitalize buzz for their already published works. “What digital medium has done so successfully is that now we can reach our readers and authors directly. It will also lead the reader to his or her books, which may be written years ago but is still relevant,” says Priya.

For instance, the author of Shadows Across the Playing Field, Shashi Tharoor’s upcoming conversation with former cricketer Bishan Singh Bedi is likely to reignite people’s interest in the author and the publishing house’s book. Further, live interaction with Kiran Majumdar Shaw, who is at the forefront in the search for a vaccine for COVID -19, will provide the ground zero reality of the pandemic. “It’s not really about making a direct sale, especially at a time when the physical books are not selling, but it’s our responsibility to keep our authors, books, and ideas relevant. This is something we are continuing to do further even after the lockdown. It’s just that the lockdown forced us to do this overnight,” concludes Priya.