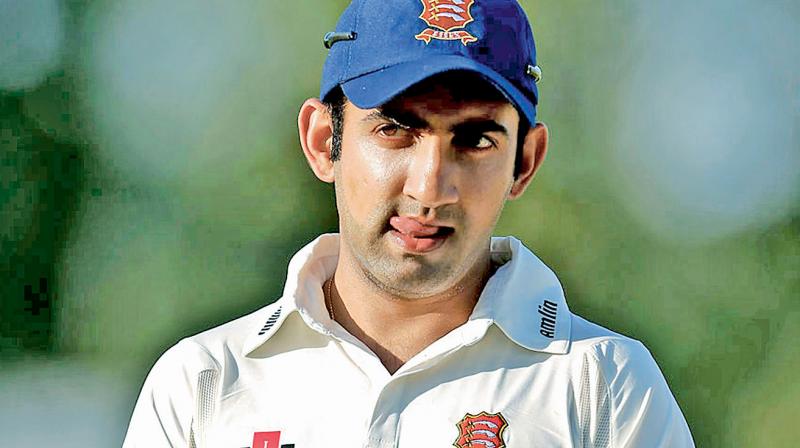 On April 2, 2011, India’s Men in Blue won the World Cup and became the first team to win the match on their home ground.

As the country celebrated the ninth anniversary of the historic day, a controversy took shape when former Indian cricketer Gautam Gambhir made a direct hit at his former captain MS Dhoni through social media.

It so happened that a leading web portal posted a picture of Dhoni hitting the iconic sixer, calling it a moment that sent fans into jubilation. However, this didn’t go down well with Gambhir who sent out a reminder stating that the World Cup was won by the whole country and it was a team effort. “Just a reminder: #worldcup2011 was won by entire India, the entire Indian team & all support staff. High time you hit your obsession for a SIX,” he tweeted.

In no time, the twitter was flooded with posts by Dhoni fans slamming the former opener for his distasteful tweet.

While some fans called him jealous of the captain’s sixes nine years down the line, others trolled the player for 'begging for credit' while one even suggested that the former opener ‘shouldn’t become the next Harbhajan Singh’.

As far as the 2011 match is concerned, it was Gambhir who indeed helped the team make a comeback when Sachin Tendulkar and Virendra Sehwag got out early. But people in the know opine that Gambhir should let go of the past and refrain from venting out on social media.

“I don’t know why Gambhir is taking this too seriously. It was a very important time when Dhoni hit six and people know it, so there is nothing wrong. Although it would have been wise if they put the team’s winning picture than a solo cricketer’s picture, Gambhir should ignore these things.

He is in a big position now,” says former team India player Rajesh Chauhan adding that Gambhir shouldn’t be getting mired in controversies. “Everyone knows that this is teamwork, and all the players contribute their best. It’s good to ignore and move ahead,” adds the player.

While Twitterati has not approved of Gambhir’s comment and his attitude of venting out time and again, Dhoni on the other hand has showed resilience in expressing anything in the public domain.

“Once you say something, you get exposed for your like or dislike for a certain player but Dhoni doesn’t do all that,” says senior cricket administrator Anant Vyas. On the other hand, standup comedian and cricket observer Vikram Poddar feels that one shouldn’t overlook Gambhir’s contribution to the match.

“We need to acknowledge his efforts. But I also believe that Gambhir could have addressed his angst a little humorously than directly. He could have taken a positive way to articulate his thoughts than go for a direct hit,” says the comedian.

Clash of the titans

It is not the first time that Gambhir is irked by such tweets on Indian cricket team or especially about M.S. Dhoni. In the past as well, the opener has taken a dig at the former captain.

For instance, the same match inning had the opening partnership of Virat Kohli and Gautam Gambhir and the batsman scored 97 runs and fell three-run short of achieving his personal landmark before Dhoni arrived on the field to hit sixes and lead the team to its historic win. Post the match, Gambhir accused Dhoni of reminding him about the triple-figure mark which made him conscious, leading to his dismissal.

Similarly, after back-to-back defeats in the home series against England in 2012, Captain Dhoni was miffed with Gambhir’s attitude and on-field ethics and had lodged a complaint with The Board of Control for Cricket (BCCI) about Gambhir’s self-interest.

It was again in 2016 when the country was waiting to see their captain cool’s biopic on the big screen, Gambhir owing to his turbulent relationship with Dhoni went on to comment that he doesn’t think biopics on cricketers should be made.

“In every team, whether international or domestic, there are differences between the players. Liking or disliking for each other, especially the captain, is there. When you are ambitious and playing for a long time in the team, then you feel bad when a new player comes and becomes a captain and you are hurt so then you vent out when you get any chance,” says the senior cricket administrator and adds that Dhoni and Gambhir always had a love and hate relationship.