Having chosen the Produnova — commonly known as vault of death — Dipa became the first Indian woman gymnast to qualify for the Olympics. 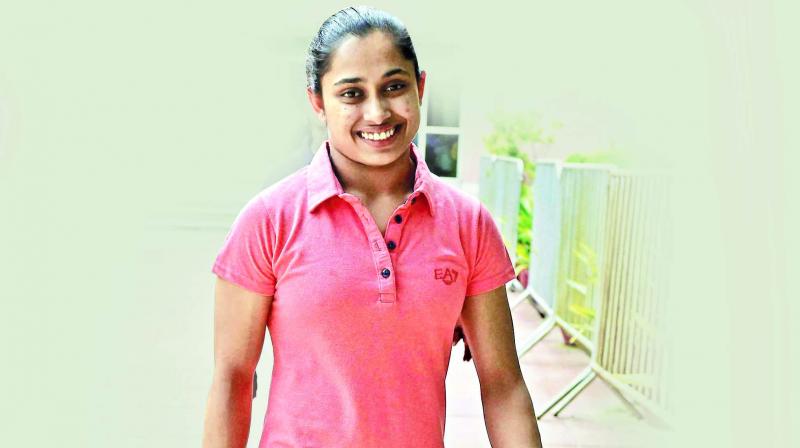 Gymnastics star Dipa Karmakar had taken the motto ‘no pain, no gain’ to heart at a tender age. Having chosen the Produnova — commonly know as vault of death — as her ladder to success, the Agartala girl became the first Indian woman gymnast to qualify for the Olympics.

At the Rio Games in August, she inspired awe and admiration in the hearts of her opponents and the millions glued to television screens back home by executing the ‘Produnova’ not once, but twice. Even though Dipa missed out on a medal, her fourth-place finish at the Rio Olympics was enough to win a billion hearts.

“Now everyone knows me and masses have started recognising gymnastics. I have also got added motivation to achieve bigger things and to perform even better next year. Life is really exciting now. No doubt, life has changed a lot after I returned from Rio. I suddenly became so famous... busy meeting people, officials and giving interviews. This year was the best phase of my life,” said Dipa reflecting back.

The Produnova vault, named after Russian athlete Yelena Produnova who tried it first in 1999, is so risky that only four other gymnasts have tried it since. When a gymnast tries this vault, s/he does a front spring with hands, completes two somersaults in-flight and tries to land safely on the feet.

“Gymnastics is a really difficult sport…. But so are all the rest. If you want to compete at the elite level in any sport, it is really difficult and you have to work really hard. I am proud that I am a gymnast. Everything depends on how much effort you put into training. I have been training extremely hard for several years. So Produnova is not difficult for me. If we practice anything repeatedly, over and over again, then it becomes relatively easy,” adds the 23 year-old.

Asked if all this popularity and adulation makes it difficult for her to maintain her focus, Dipa replies in the negative. “No, not at all. It feels really nice. But my responsibilities have increased now. I am trying really hard to do something for my country.”

After Dipa’s feat, the image of gymnastics in India has changed for good and the Olympian says she is happy to bring the focus on the sport. “It has had a big effect. Earlier, a lot of people did not even know anything about gymnastics. That has changed now. I hope the standard of gymnastics at the national level will improve further in future.”

Youngest in the family of four, Dipa was introduced to the sport at the age of six. Initially, she was not too keen on gymnastics due to fear of falling. She also suffered from flat feet in childhood, which added to her difficulties.

Dipa won the junior nationals in 2007 which increased her interest and she started taking the sport seriously after the 2010 Commonwealth Games in New Delhi. “My father (Dulal Karmakar) was a weightlifting coach at the SAI. He advised me to opt for gymnastics. Initially, I was not keen to take up the sport, I used to visit the SAI camps with my father and I started liking gymnastics after 2007 and it became my life in 2010. I saw Ashish Kumar’s historic silver at the 2010 Delhi CWG and it inspired me a lot. I promised myself that in the coming three to four years, I will also become successful,” she says.

Dipa, who works in the postal department in Agartala, is pursuing a Masters degree in political science.

“After my morning training, I go to the post office as I am employed there. But now my focus is on gymnastics only,” said Dipa, who also became the first Indian gymnast to qualify for the Olympics after 52 years.

It was a childhood dream to participate in the quadrennial event and now when it has come true, the Khel Ratna awardee is all determined to clinch a podium finish. “Gymnastics is my only hobby and I like doing nothing else. I listen to music occasionally. I only think of the sport and I know myself better now. I want to inspire the next generation so that in 10 to 15 years, India can send a full gymnastics team to the Olympics and not just one athlete,” she said.

When Dipa and her coach Bishweshwar Nandi embarked on their dream to qualify for the Olympics, they did not have funding, equipment or even guidance. But such hardships were totally alien to the three gymnasts who finished ahead of Karmakar in Rio —four-time Olympic gold medallist Simone Biles, Maria Paseka and Giulia Steingruber.

“The situation has  improved. A lot of new, updated equipment have arrived,” Dipa said.

Nandi, the man behind Dipa’s success story, is now a man on a mission.

“I want to take Indian gymnastics even further. We have made a good start with Dipa’s performance at the Rio Olympics. It would have been even better if she had bagged a medal,” he said.

With her feat at the Games, Dipa has now become synonymous with every Indian whose quest for glory is bigger than the love for life.