2016 Year of the Stunners: Super-duper Superwoman

IISuperwomanII aka Lilly Singh is a Canadian-Indian YouTuber who has built a veritable empire for herself. 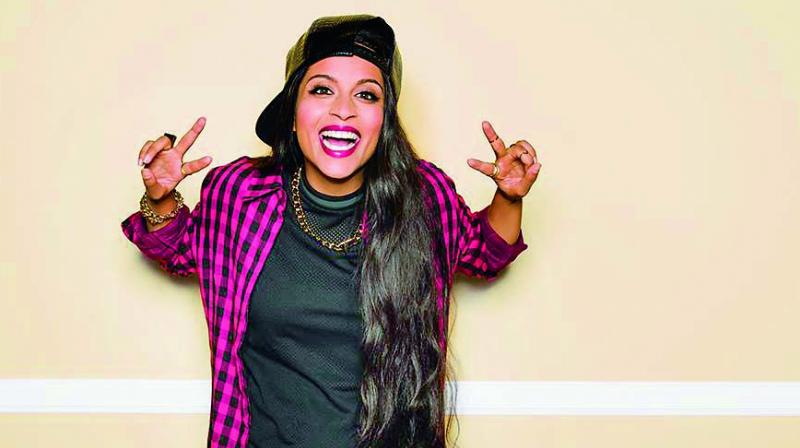 I am a 35-year-old man. It is safe to say that I am not the TG for IISuperwomanII — the internet phenomenon, not the half-baked Superhero. I’m as likely to have a tattoo of Zayn Malik kissing Justin Bieber on my lower back or know the lyrics to a Badshah song (something, something rhyming with ‘totti’ or ‘peg whiskey’) or watch South Korean soap operas (I assume that’s something teenyboppers do — I’m really unhip.)

But, even if she may not be meant for me — I can still be very impressed by her story. Last year: I toured a standup show about my baby and it took me screaming myself hoarse from the top of Antilla (Mr Ambani gave me free 4G afterward) to get 500 people to come per show. IISuperwomanII sold out two gazillion tickets across Asia, Europe, Mars and parts of Krypton — defeating the weakness of the original Super Woman — on the basis of one tweet, in under 2.5 seconds.

I’ve never come closer to seeing my shambling career in context: I feel like Kulbushan Kharbanda and Rajnikanth; a 28-year-old Rajnikanth assassinating fictional Unicorns on her way to Hollywood and beyond.

If you don’t know who or what IISuperwomanII is — or, let me rephrase: if you’re over 29 years old — let me help you out.

IISuperwomanII aka Lilly Singh is a Canadian-Indian YouTuber. Yes, that is a job designation — if breaking buses qualifies you to be a politician, what’s wrong with this? Her videos have got 1.5 billion views — which is how many views Mann Ki Baat gets weekly (according to govt. stats). In 2010, she became famous with her bi-weekly videos talking about Indian parents, Indian girls, Indian dating, Indian traveling, Indian fill-in-the-blanks, Indian Americans, Indian Canadians, Indian Pakistanis, Indian Unicorns, Indian Mexicans and even Indian Indians.

The videos were gobbled up by the young desi that was shockingly driven online for entertainment. Despite the TV announcements of the 12th season of CID, the 15th season of Aahat and the debut of Sasural Genda Phool — a show about a woman marrying an orange flower via photosynthesis.

A 20-year-old Lilly Singh was one of the people at the forefront of the global Indian comedy boom online. I always preferred conventional standup comedy and The Daily Show and the like for my comedic entertainment but, everywhere around me  people were sharing her videos like wedding invites in Delhi during December. It was incredible. And, her work was seminal.

And, if her videos itself were not enough — her journey became a symbol of hope for many young people. As part of her ‘A Trip to Unicorn Island’, Lilly spoke candidly about her dealings with depression and anxiety; making her a role model for a generation where your brain and talent is the only infrastructure you need for success.

Her explosion is testament to both her dedication and the entrepreneurial spirit that is the essence of the internet. That someone could become a global legend from the comfort of her own home, if you work hard at it; and without using an ad that tells you, “You can earn $45,000 a month sitting at home by selling guns to war criminals”, or whatever.

I may not essentially be a fan of her but I definitely admire her. She’s built a veritable empire for herself on the basis of very little except a yearning for spreading joy from within and without. It’s a quality inherent to most comedians. And, a motif I can definitely get behind.

And, she’s also an endorsement for the old cliché that when Punjabis move to Canada — incredible success is just a generation away!

Sorabh Pant is a standup comedian and author of Under Delhi.You can follow him on Twitter @hankypanty, FB/SorabhPant.