From the successful run of her show Quantico to winning a People’s Choice Award, this year has seen Priyanka’s rise on a global scale. 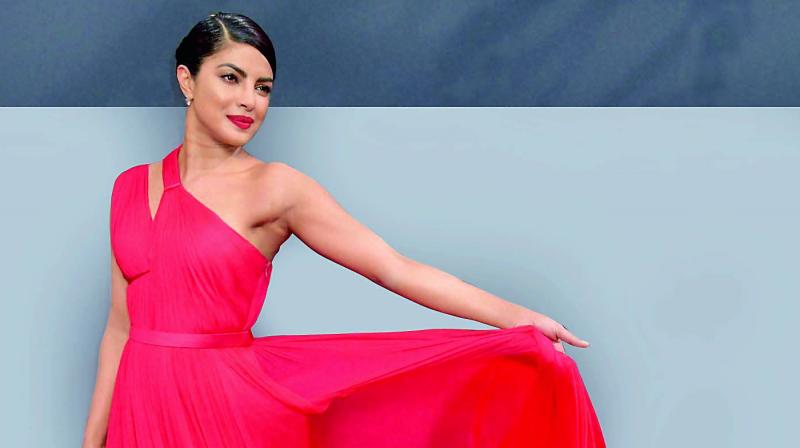 Priyanka Chopra is having a dream run internationally. After a successful run in Bollywood, she has  also thoroughly impressed the West. Post her hot new thriller on the tube — Quantico — she won the People’s Choice Awards for Favourite Actress in a New TV Series. She was also one of the presenters at the Oscars and bagged a movie starring Dwayne Johnson (Baywatch). While she has been extremely hard working, what’s also worked in her favour is that she has made the right choices in life.

I am proud that I had a hand to play in her success. I personally knew Priyanka since I was an art director for a few films she has worked in. Though she has been a friend for some time, I wasn’t sure if she would consider my first film, Mary Kom. So when she did sign up for the project, I think I got the courage and confidence to go ahead with the film.

I knew she was the only one who could do it. Which other top heroine would want to look muscular like she had to for the role? A lot of people in the industry can act but they don’t have what it takes to do a heavy-duty role. She didn’t think twice about getting beaten up by her opponent. She worked on this film for one whole year. When she started shooting for the film, she had to gain several pounds, and lose them all over again. She moulds herself in every role, and working with her really made me look at her dedication in a new light. Later, she took up Bajirao Mastani, where she swept up all the awards, although she was a supporting actress. I think it was  about time that the West noticed her talent.

Priyanka making it big in Hollywood has also meant that people have started looking towards Bollywood, and finally understanding that we are no more a song-and-dance routine based film industry. We too make films that are at par with the West.

I have watched a few episodes of Quantico, and I was extremely proud of her. She’s being cast as a lead instead of a side-role, which is rather huge for a Bollywood actress.

I think everyone wanted Priyanka to sort of take centerstage and become the face of India because she is someone who has that global reach. I think it also helps that she was previously the winner of the Miss World 2000 pageant; she knows how to project herself in the film industry there.

Priyanka has, in a way, opened avenues for other actresses. She was the only one who started out with her singing career. Now there’s Sonakshi Sinha, Alia Bhatt and even Parineeti Chopra who have lent their voices for films. Deepika Padukone has also followed in her footsteps and is trying to break into Hollywood with her film with Vin Diesel.

Priyanka is someone who is constantly pushing her boundaries and therefore, leading by example. She has immense dedication, and is a go-getter. I know that currently she is leading a tough life. She is sacrificing hours of sleep to achieve what she wants to achieve. And her hard work has paid off. I think each and every one of us is proud of her every time she wins an accolade.

Omung Kumar is a film director — As told to Julie Sam