2016 Year of the Stunners: Blue-eyed boy

Actor Ranveer Singh has risen up the ladder of fame and success in a way few of his contemporaries can lay claim to. 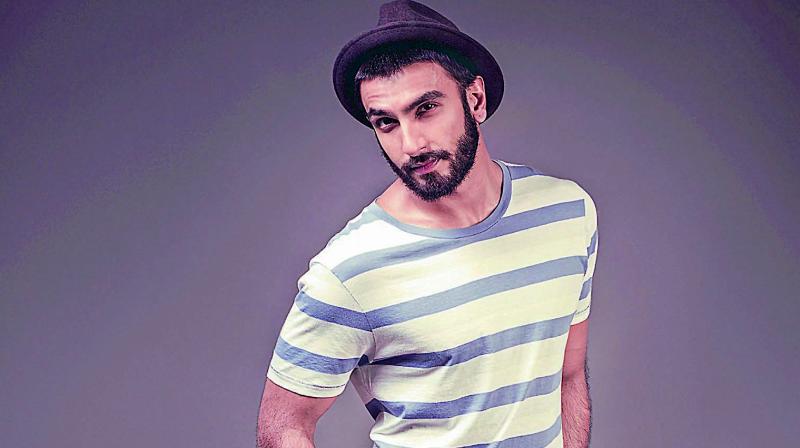 The first impression I had of Ranveer when I started working with him is that he is a very professional and passionate actor. He gives his hundred per cent to everything —whether he is performing on stage, dealing with a fan or doing a film. I’ve seen him grow by leaps and bounds as an actor. Today he is much more confident than he used to be and you can see him really experimenting with his roles.

One of his best performances I think was in Dil Dhadakne Do. I thought there was a lot of life and spontaneity he brought to that role which I know wasn’t there before;  he brings in a lot of fun to the screen. He rehearses a lot and I think you can see the improvement.

This year, he has also done a lot more endorsements; he’s a lot more out there, which wasn’t the case two or three years ago. Box Office record was looking great too — it’s Goliyon Ki Raasleela Ramleela, followed by Dil Dhadakne Do, followed by Bajirao Mastani. Even when his films didn’t work, he still managed to shine.

He’s got a huge fan following now. Bajirao was the second highest grossing film in 2015 and if you’re number two after Salman Khan, then that’s a great achievement. It means that you’ve put yourself in the top bracket. He’s fun to watch — on screen or at a promotion tour. When people like the actor, they’ll go to any length to go watch the actor.

I also think a big contributing factor to Ranveer’s success is his great connect with his fans. Not being from the industry, I think Ranveer works doubly hard to make sure he stays there. That’s what works in his favour — the fact that every fan for him is special, every autograph he signs is special; he creates a bond with his fans. This humble attitude is something I think other actors could take away from him.

His work ethic is admirable too. He works hard, does one film at a time and is fearless. He’s never afraid to experiment or push boundaries —whether it’s Lootera where he changes from the usual type of character that he plays and becomes a brooding guy, Bajirao where he had to go bald, or Padmavati where he has to grow out his beard. He doesn’t think he has to look cool and sexy every time. The role is most important. He’s not insecure about his looks and I’d love to see more actors do that — experiment with their roles and their looks, otherwise you seem to be the same character every time.

When I cast him in Lootera, I thought it would be more fun to cast against character than cast by character. Just because he isn’t an intense brooding person, doesn’t mean that he can’t play that role. But I think that at the time I was more confident in his abilities than he was himself.

He was a bit nervous about getting into character, probably more nervous than I was. He would come to rehearsals and wonder if he was getting it right. He had to internalise a lot of emotions, which he usually shows, and I think he did it very well. Through the workshops and rehearsals, he built his character. I think he also cut coffee out of his diet — that’s how he managed it I think (laughs).

He was fully committed and enthusiastic, sometimes to a fault. For instance, there were a lot of action sequences in the second half of the movie where he had to bang through doors and a couple of times, he was so into the scene that he broke the door. So we had to tell him to calm down.

Another director that I think Ranveer has worked really well with is Sanjay Leela Bhansali. I think one reason why they work so well together is because they’re both mad (laughs). They’re both very passionate about their respective craft and that’s what clicks I guess. They’ve done two films and they’ve worked very well for them and I hope this one (Padmavati) works as well for them too. It’s obviously a bond that’s working and I hope it continues to work.