2016 Year of the Stunners: Aunty antics

Ssumier S Pasricha sparked a laugh riot with his portrayal of Pammi aunty — a Punjabi aunty. 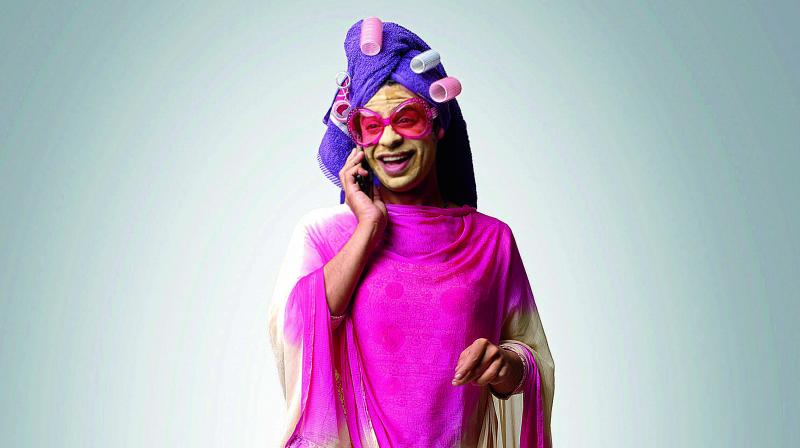 The Indian society, I assume, has always been fascinated by the concept of a man playing a woman to bring out the opposite sex’s unusual characteristics through, of course, witty and comical gestures. For Ssumier S Pasricha, that’s what worked. He chose to be a character that all Indians could relate to — an annoying aunty who always exaggerates what she hears, coats her conversations with heaps of colourful and hot masala, and loves doling out onsolicited advice on almost every topic under the sun. Ssumier caught on to all those irritating yet amusing character nuances of these aunties and blended them to create Pammi Aunty.

Initially, Ssumier introduced Pammi through his personal Snapchat videos wherein you only get a few seconds to tell your story. Most stand-up comedians and roast-based comic entertainment have a script or a few lines that one could follow, and improvisation has little scope. However, through Snapchat videos, Ssumier practiced the art of performing sans any scripts. And, after the initial appreciation for being so natural and real, Ssumier got the confidence to make longer videos. The end result? Well, unrehearsed and on-the-spot humour, which made him stand out from rest of the crowd.

Punjabis are loud and boisterous, and there’s something about us Punjabis, especially the ones from Delhi, which people from outside the community find most amusing. Even in Bollywood,  characters based on the community are a huge hit, read Dostana, 2 States, etc. Also, the popularity of Punjabi songs and the presence of the language in films has helped the Indian audience understand some of the basic words, especially the abuses — Bhutni ke, Chattar padenge, Bhen ke takke, etc. However, the thing that attracted people towards Ssumier’s version of the quintessential Punjabi woman was her innate pretension — middle class in reality but elitist in posing to the outside world sort of an attitude.

I wasn’t aware of Ssumier’s decision of taking this up so seriously until my not-so-tech savvy mom showed me one of his videos that was circulated on her kitty party Whatsapp group. It was only then that I realised that he was gradually becoming a rage.

He made his Snapchat debut with the filter of a granny with hair curlers, sporting huge shades and a face mask. And people have now associated that same Snapchat filter to be that of Pammi Aunty’s, and that’s a major achievement.

Catering to all ages and having no double meaning jokes in his videos, he has proved to be a complete family entertainer. He balances humour with issues that are impacting us in serious ways. Recently, when all attention was on videos from people of Aleppo in Syria, Pammi Aunty went on to criticise her rival, better known as MBA Di Maa, in a way that made his audience sit back and think about how we choose to selectively cry when a misfortune occurs to a more developed part of the world. Similarly, post demonetisation, he dealt with the issue of black money. Another video dealt with the subject of homosexuality. Very subtly the sensitive issues are touched upon with a comical twist.

The writer is a TV actor