Dramatic landscapes, fairy-tale castles, hidden waterfalls, and ‘the country's sexiest accent’, is what you get in this fabulous Irish county. 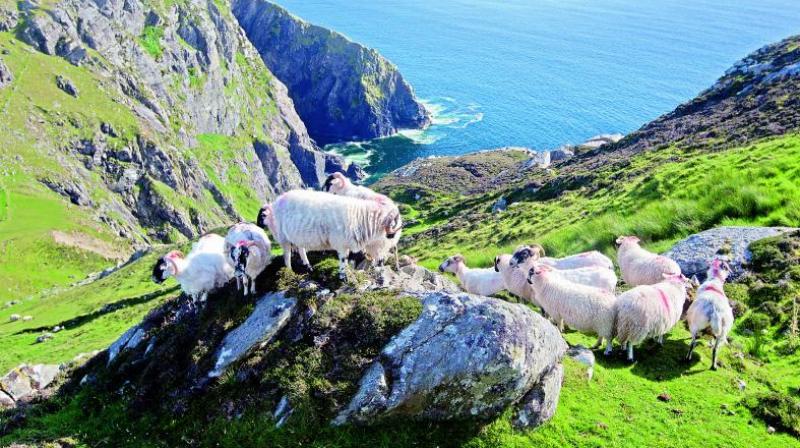 Sliabh Liag, among the highest marine cliffs in Europe, is one of many gorgeously intimidating sights that greets visitors on the Wild Atlantic Way.

Failte’ or ‘welcome’, greeted my guide, just as we drove into County Donegal in the Republic of Ireland from the United Kingdom (UK). And as we gave up miles for kilometers, the road signs changed from the Queen’s English to Gaelic. Apart from sharing a border with the UK, this county also marks the beginning of the Wild Atlantic Way, a scenic coastal route that stretches for whopping 2500-odd kilometers. For the time-strapped, Donegal offers fantastic swatches of the Wild Atlantic Way including one of Europe’s highest sea-cliffs. Apart from the natural landscape, the county also comes with a rich cultural heritage. And did we mention that the Donegal accent was voted the ‘sexiest accent in Ireland’ by a 2018 survey conducted by hotel-chain Jury’s Inn? 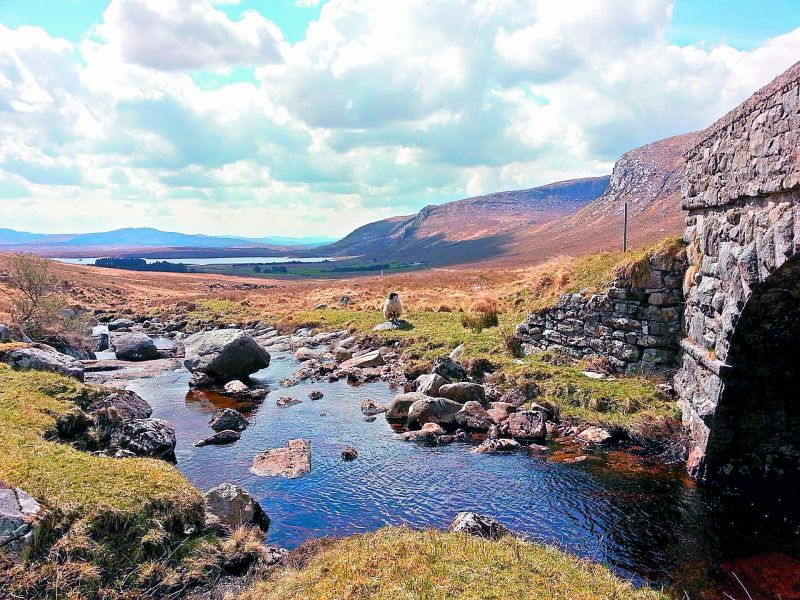 What to see
One of the must-visit spots in Donegal is Sliabh Liag. Ominous cliffs, rugged cliff-face, swatches of green, and the big blue ocean beneath make these sea-cliffs a shutterbug’s delight. While the Cliffs of Moher in the Southwestern region hog all the attention, Sliabh Liag is about three times higher. In fact, they are among the highest marine-cliffs in all of Europe.  Drive up to the viewing area and you’ll see the intimidating drop of 609 metres straight into the Atlantic Ocean. This natural beauty has inspired visual artists and many raconteurs. The jarring cliffs that emerge from the waters take on various shapes; look closely and you’ll see the giant’s desk and chair, fairy bridges, and hear other legends sprinkled with pixie dust. 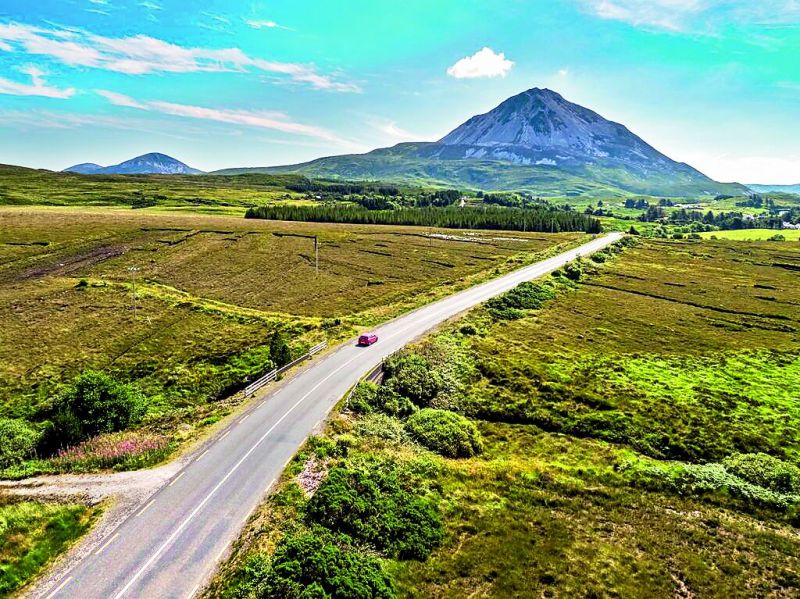 A drive up to Assaranca Waterfall

For a crash course in Donegal’s history, walk through a 15th-century castle. Within the grey stonewalls of the castle, you’ll hear tales of power, glory, and defeat, with an occasional story of betrayal. The castle was once the bastion of the O’Donnell dynasty, one of the leading Gaelic clans in Ireland. But was lost to the English in the Battle of Kinsale, one of the most important battles in Irish history in which England overpowered Gaelic Ireland. On a guided tour, you may find similarities between the history of Ireland and India, as they both fought against the British to gain independence. It’s telling that the O’Donnells burned the castle to the ground than let it fall into the enemy hands! The castle was rebuilt by the British, and architecture enthusiasts may notice a distinct Jacobean style in the mullioned windows and the fortified tower. You can spend hours checking out different rooms, but don’t miss the intricately carved stone fireplace in the Great Hall.

Donegal’s cultural fabric
My tourist brochure dubs Donegal Craft Village as a ‘centre for contemporary arts and crafts’. The ‘village’ is essentially a courtyard where visitors can duck in and out of various art and crafts shops and studios. But apart from the contemporary, I also find the traditional. While Ireland is renowned for its poets and authors (W.B. Yeats, James Joyce, Oscar Wilde, Samuel Beckett, etc), Ireland’s skills in weaving and pottery — which date several centuries — are lesser known.

Chat up with the artisans in stores, and you’ll find that pottery came to Ireland in the 12th century when the Anglo-Saxons introduced the Irish to the potter’s wheel. The pottery seen in the stores here may not follow the same traditional making patterns, and yet it serves as a link to the past. Jewellery stores come with gorgeous pendants, earrings and more, and sometimes bear ancient Celtic symbols.

For centuries, Donegal has been producing tweed which stands out thanks to the unique patterns and designs. One such well-known pattern is the ‘herringbone’ which is said to have taken inspiration from a fishbone. Walk into a weaving studio and chances are that the gabby maker will take you through the various patterns, many of which are still crafted on looms that are over 100 years old. To know more of Donegal’s tweed-history, or even try your hand at the craft, you could also fit in a stop to Studio Donegal, a weaving mill and shop, within the driving distance of the village.

Forty shades of green
There’s a pretty good chance that as you drive up to Assaranca Waterfall, you’ll find yourself caught in an ‘Irish Traffic Jam’, where country roads come with barely any vehicles, and the occasional driver must slow down as the sheep have right of way. The drive till there and back is part of the attraction: watch farmers at work in their fields, and glimpse the proverbial Forty Shades of Green. It was scenes such as these that inspired Johnny Cash to pen the hit song, after a visit to the country in the 1950s.

The waterfall is a gorgeous, thundering cascade that leaves mist and a sense of serenity in the air. If you’re looking to gather your thoughts or shut out your mind, this is the perfect spot. Just find yourself a rock to plonk down on, while you take in the view.