A cruise virgin to cruise convert

The cruise industry reports that only 40 per cent of Indians have ever taken a cruise. 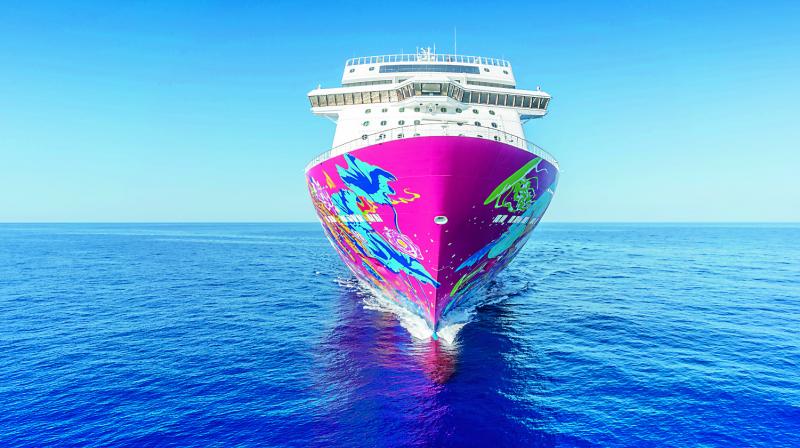 From embarkation on cruise day to dining and shore excursions, everything you do on a cruise is just a little different than any other vacation you have ever been on.

The cruise industry reports that only 40 per cent of Indians have ever taken a cruise. I was among that 60 per cent, having never cruised nor really thought that cruising was for me. The idea of joining hundreds or thousands of people on a giant ship in the middle of the ocean and being confined on a ship is certainly not my idea of adventure. Will there be enough fun things to do? Will the cabins be like hotel rooms? I am also the girl who suffers from motion sickness from every small movement — driving through mountains, riding in the backseat of a car, airplanes, floating docks, virtual reality — you get the drift. Being a landlubber, I also suffer from “itchy feet” syndrome and was worried that I would be super bored “at sea”. At the same time, I would be lying if I said I wasn’t curious about the experience.

So, when I booked myself on board the Genting Dream for a weekend cruise from Hong Kong, I kept flipping between excitement and apprehension. And yes, I prayed that the only pirate our cruise ship encounters is Captain Morgan!

First Impressions
The ship looked gorgeous with an amazing piece of hull art created by Chinese pop-artist Jacky Tsai. It envisages an ethereal journey of love between a mermaid and an astronaut.

After waiting for over two hours for multiple security screenings at Kai Tak Cruise Terminal, Hong Kong, I finally board the Genting Dream. The boarding procedure includes getting a picture taken by a professional photographer alongside a samba dancer, putting on a wristband and collecting my access card to the room. Then comes the safety drill, so we know what to do in the rare case of an emergency. Spending too much time on the Internet has a way of getting at you. Terrifying footage of dinner tables sliding across the floor and enormous waves crashing over the deck splash before my eyes. I can barely hear what is being said. All I want to know is ‘where is my life jacket.’ 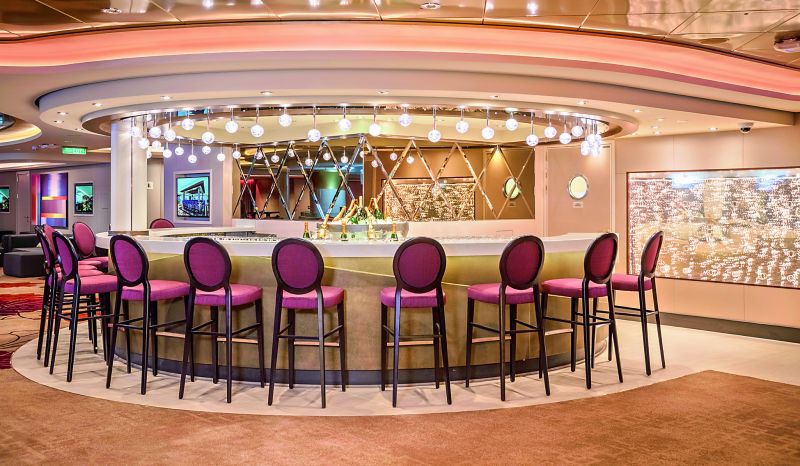 Cruise lines promote a vision of a relaxing getaway — leisurely dinners, chilling by the pool with hibiscus in hair and sipping on umbrella laden ice-cold drinks… but what I encounter on the first night are cruise crazies heading straight to the buffet (occasionally the bar, then the buffet). This makes the common areas, elevators and the buffet, a madhouse for a few hours, with tray-toting passengers tripping over disoriented travelers not watching where they are going as they try to work out where the pizza counter or deli bar resides. It’s as much fun as it’s frantic.

Sea and Me
The surreal feeling of finally being onboard is similar to someone pumping exhilaration into my veins and smothering them in euphoria. With a camera in hand, I start exploring the ship. First impressions? It doesn’t feel like we were inside a boat at all. It felt more like a luxury hotel with see through elevators and sparkling crystal stairs. A pianist was playing Nat King Cole in the lobby... The holiday had begun…

While it does take a bit of time to get used to the rolling of the ship, I don’t feel sick at all! I am told large, modern cruise ships are built with smooth sailing in mind. They are designed with stabilizers to minimise rocking. The experience is not like that whale-watching trip I took on a small boat in Maldives where everyone was queasy by the end. The ship did rock a little at night, but I blame that on the many honeymooners onboard! 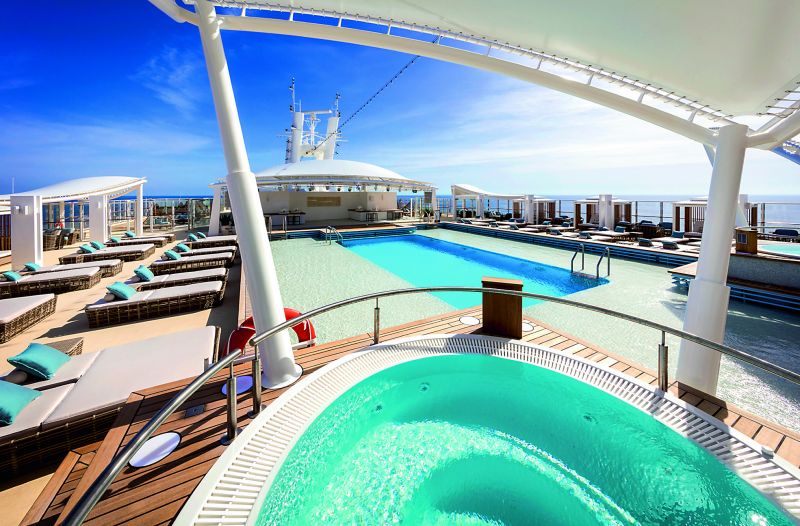 Sun deck and the pool on the cruise

And, though I didn’t find any cute towel animals on the bed, my cabin was well appointed. The bathrooms were kind of small. You could fit inside them, but there was no stretching out. The clever ergonomics packs everything that you need. The best part was the small balcony which became my reprieve at the end of the day — my quiet escape midday when I wanted a little reading time. The view at sunrise and sunset is breathtaking. 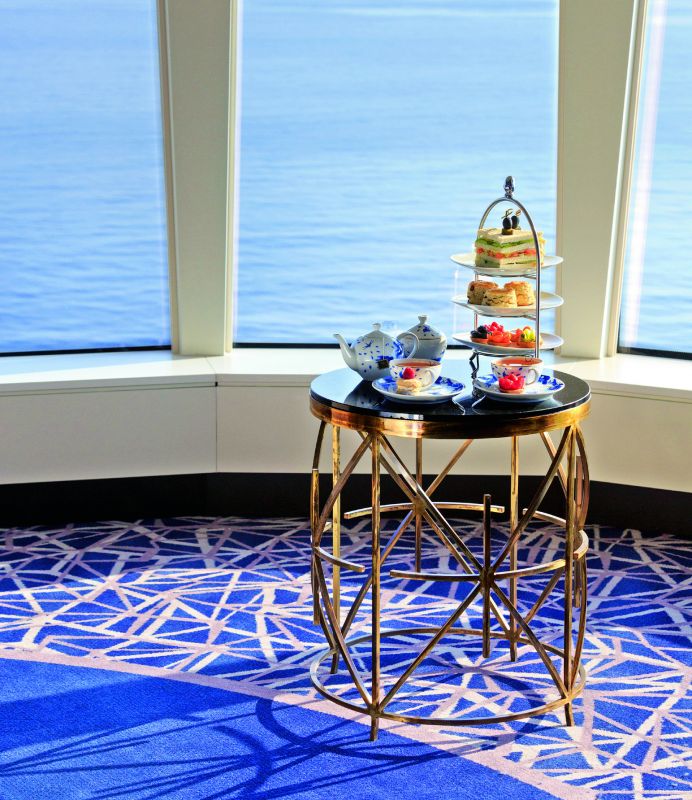 Life on the ship is different to life on land. You lose perspective and a sense of time and even the date. It also takes a few hours to get to know how to go from A to B. I am terrible at finding my way and kept forgetting which way is towards the front of the ship and which way is the back! After being lost a couple of times (in spite of the maps and signs posted throughout the ship) I do the next best thing — stop and ask the crew for directions until I get a feel for the layout. The Genting Dream is like a floating city with everything you could possibly want onboard. There is excellent Wi-Fi, if you feel the need to stay in touch with the world during your cruise. 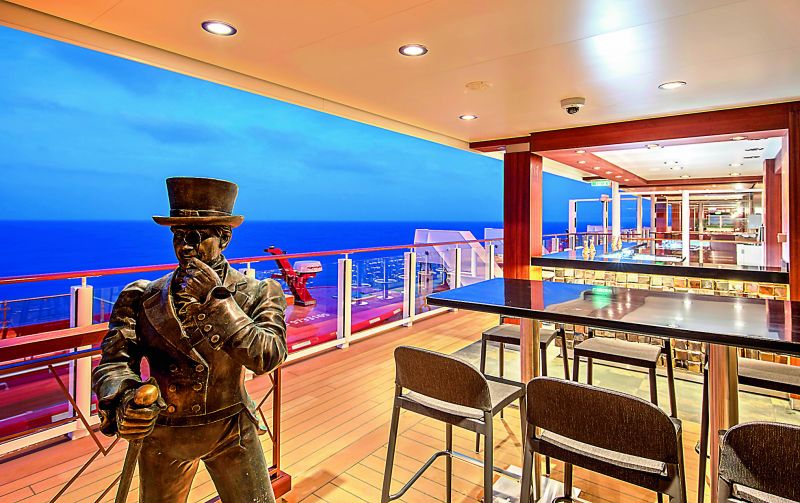 Activities on board
It is impossible to get bored on a cruise. Genting Dream has around 34 restaurants and bars (including Zouk – Singapore’s legendary nightclub); swimming pools, gyms, climbing walls, wave machines, putting greens, basket ball court, dance classes and yoga for the fitness minded.

For thrill seekers there is a 35 metre zip line for an adrenalin pumping glide over the side of the ship with the ocean’s waves lapping 18 decks below. Among the live acts the fantastical love story between a mermaid and an astronaut is both captivating and enthralling. Then there are wine tastings, whiskey tastings, karaoke rooms, casinos and nightclubs for those who like to be entertained into the early hours. You could even ride the newest underwater toy — the luxury submersible that carries one pilot and four passengers. It’s the best way to explore spectacular underwater sights and encounter a dazzling array of fish and sea creatures. 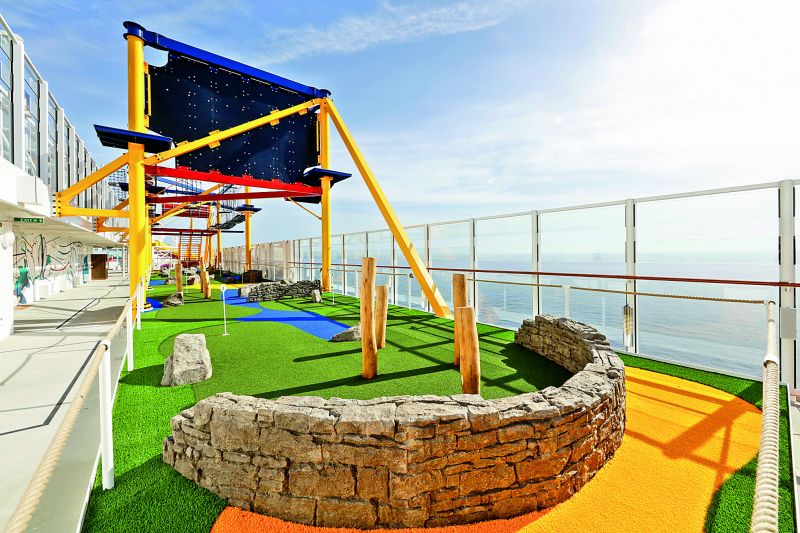 However, there’s nothing quite like the sensory experience on the top deck after dark. I spent at least an hour on the first night on the top deck hearing the gentle sound of the ship’s wake, spying the twinkling stars above and feeling the warm breeze. The sky was covered in gigantic pink whorls as if someone had gently combed it. Splendid.

Food facts
There is enough food for a small country on a cruise ship. But to be frank I had low expectations for cruise food. I mean, after all, when was the last time you had incredible mass-produced food? But the food on board Genting Dream was impressive. A must-visit is the Bistro by renowned Australian chef, Mark Best featuring contemporary western cuisine. The food is sophisticated but unpretentious and expertly executed. Every bite was one to cherish. Especially the crispy duck with caviar pancake that was satisfying in a homey kind of way. The star of the show for me was the braised morel mushroom with bamboo pith and pumpkin which was dreamily moist and refreshing in its simplicity. 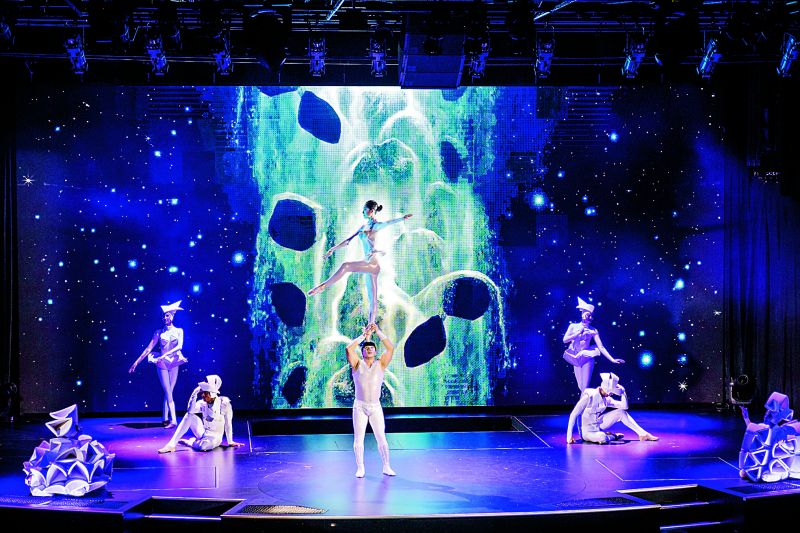 Live act on board

The tastefully done bistro has bottles winking from the bar, staff floating through with their finery and litres of charm. 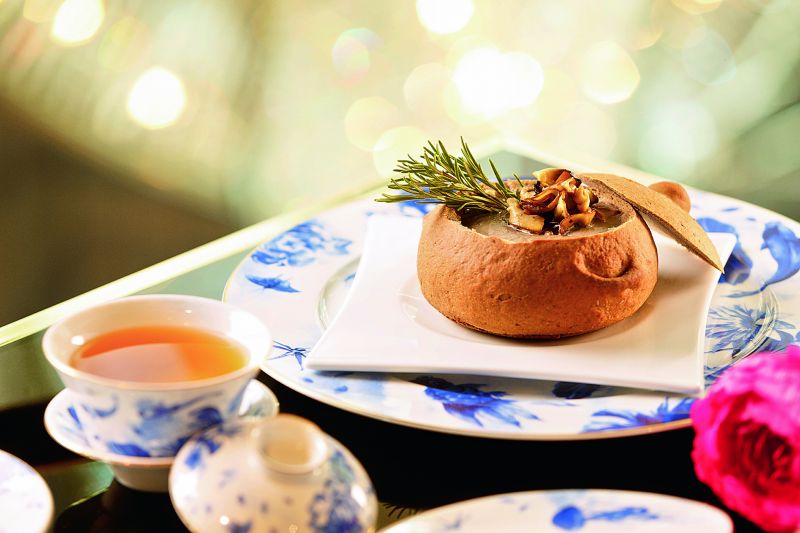 And though my first cruise experience was a tad too short (just two nights onboard) without any on shore excursions, I can safely say that cruising is the best way to see new places without having to change rooms. It’s a bit like teleportation — just with a bit of a longer wait and more bingo.