Sujata enjoyed writing the exciting parts with a crime at the centre of it. 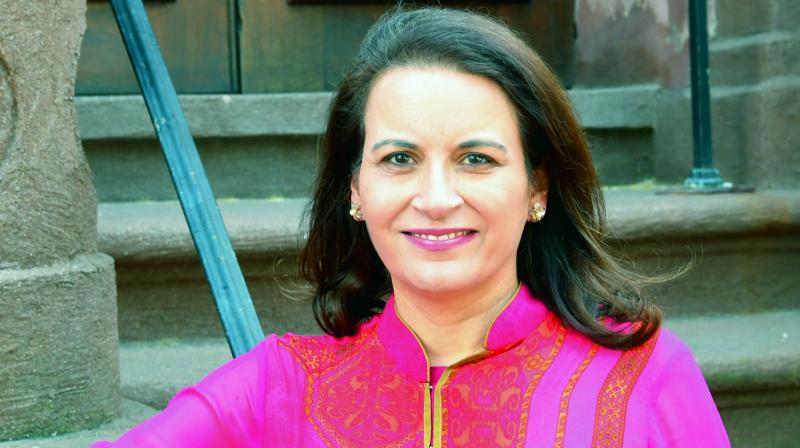 Nineteen-year-old Perveen Mistry reads through the Parsi Marriage and Divorce Act of 1865, stopping at Section 31 — Grounds of Judicial Separation. It is a discussion of divorces granted for adultery. But she is horrified to find it doesn’t include a married man going to a prostitute as grounds for divorce. Her lawyer dad says that if she doesn’t like the act, it’s too bad she left law school. “Only a Parsi lawyer who really cares about women’s rights will push to change it,” he tells her.

This is somewhere in the middle of A Murder on Malabar Hill, Sujata Massey’s new novel, a thriller with bits of romance and abuse. Perveen Mistry, her protagonist, is a young lawyer in 1921 Bombay. It is inspired by India’s first two women lawyers, Cornelia Sorabji and Mithan Tata Lam. In fact, Mithan had managed to get a part of the Parsi Marriage and Divorce Act revised. But Perveen’s is a different tale — she had to leave her law school because of the ill-treatment by her sexist classmates. It is later that she pursues her studies at Oxford and makes friends with a British homosexual, Alice Hobson Jones.

“It was a feminist novel from the time I was outlining it as a proposal,” Sujata writes in an email interview. “Once Perveen becomes a lawyer, she has to learn all the various family laws for Hindus, Parsis, Muslims and Christians. And here she sees women getting the short end, no matter their faith. Perveen has to creatively figure out how to work around these restrictive laws without breaking them for the betterment of her female  clients.” There was no other woman lawyer in Bombay at the time, so obviously Perveen had a lot of challenges in front of her to sound convincing to her clients. She doesn’t practice in a court where women don’t go to, but works as a solicitor at her dad’s firm — Mistry Law. Work would have become routine if it weren’t for the Farid case she takes up. Omar Farid, their client, dies, leaving behind three widows and their children. Perveen who is taking care of the settlements gets involved in the case and soon a murder takes place in the Farid house — at Malabar Hill. 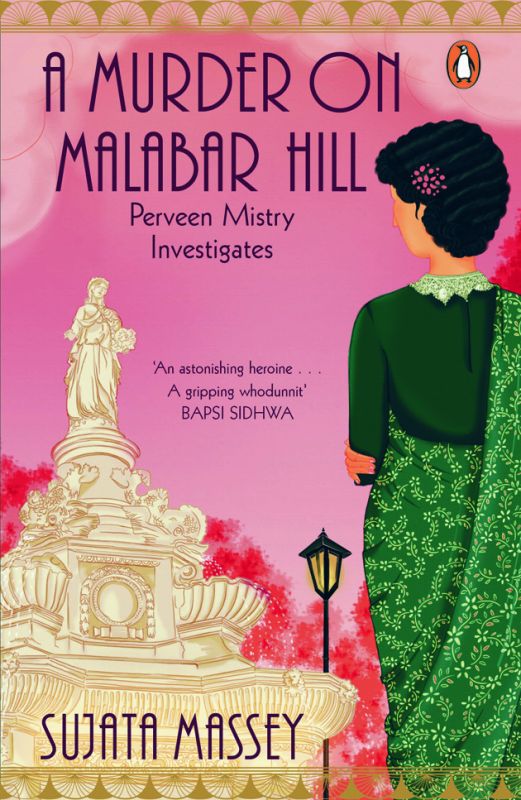 While Sujata tells this part of her story, engaging the readers in a mystery novel, she also gives readers the chapters from a younger Perveen’s life when she had a romance. “In order to fully explain Perveen’s character to the reader, I ended up writing two storylines —Perveen’s schooldays and headstrong romance, and the later challenges she faces as a young solicitor representing a household  that followed the purdah system, where a killing takes place. Perveen’s impulsiveness and passion are tempered after she finishes law school. She’s aware that the job she has with her father is probably her only chance to practice law, so she’s got to respect his wishes even though she yearns to take on the hard cases with her own approach. This makes for constantly shifting emotional tension,” Sujata writes.

Author of 13 novels and several short stories, Sujata did a lot of research. “The 1920s is just a bit too far in the past for primary sources to still be alive. But that’s not a deal breaker; otherwise, no historical fiction or non-fiction could be written. I read many memoirs and other books giving rich accounts of the times. Both Cornelia Sorabji and Mithan Tata Lam wrote memoirs, and there were books written in those days explaining law to lawyers. Fortunately,  these legal texts were scanned and can be read online,” Sujata explains. The best thing about setting a novel in historic Mumbai, she explains, is that so many old buildings in Fort and Malabar Hill and other parts of South Mumbai are still standing and in good repair.

“I visited many Irani cafes to learn more about the dishes on the menus and atmosphere, but it wasn’t until I went into Yazdani Bakery in Fort, and the owner settled himself at my table, that I really knew I had found the ideal cafe to be near Perveen’s law firm. So I have included the place by name, hoping that readers from around the world might visit for a cup of chai and a bun maska. I was also thrilled to have a real Parsi woman lawyer take me around Fort to important places for lawyers, including inside the High Court, the Ripon Club and into a very old law firm on Bruce Street, which is now renamed to honour Homi Modi,” she says.

Sujata enjoyed writing the exciting parts with a crime at the centre of it. But a writer needs to relax, and she got that from writing the family scenes at the Mistry home. “I was happy to create relationships for Perveen that could show relatives disagreeing, but loving each other very much through all of it. Perveen has many restorative cups of tea and tasty Parsi meals with family members. She also spends time with her beloved parrot, Lillian. This is a beautiful, cool hideaway from her busy working life in the city.”