Off the Bhutan path

Nestled amidst mountains, Bhutan is an encapsulation of everything beautiful that nature has to offer. 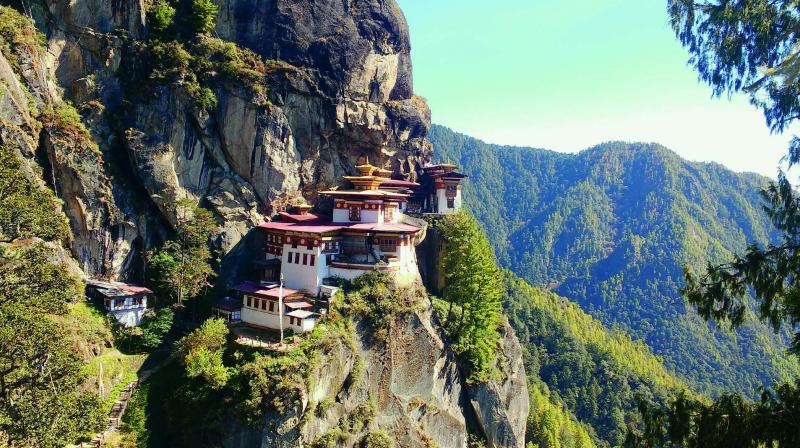 The Doklam stand-off, which lasted for 70 days, had been eating up newsprint since it began on June 16. We visited western Bhutan long before China attempted to build a road near the Doklam area, leading to the stand-off between India, Bhutan and China.

The cool vibe of Paro engulfs you the moment you land at the airport. The tiny airport is a trailer to Bhutanese architecture of intricately carved wooden facades (which we saw more of at Punakha and Paro Dzongkhas). The landing is perfect, the plane cruising through the mountains awash with greens of spring and yellows of oncoming autumn, on the toy-like runway. We even managed to capture a Dragonair flight landing by patiently waiting, as only a handful of planes fly into Paro airport. The drive from Paro, to capital Thimphu, gives a good glance of what Bhutan has to offer in terms of visual and aural beauty.

Like any other city, Thimphu has a relaxed vibe. Cosy cafes serving dishes like Pork Paa, crispy Beef Chilli and momos, shopping complexes, a meeting square complete with a clock tower can make you lose track of time. 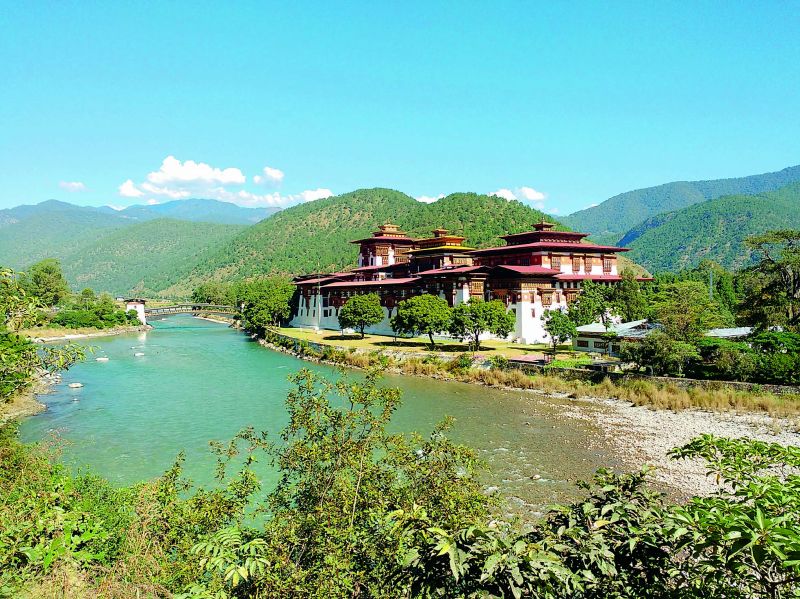 A two-and-a-half hour drive from Thimphu, with a gushing, blue stream on one side and coniferous forests on the other, takes you to the base camp for the Tango and Cheri hikes, for those looking for an adventurous touch to their travel. The Tango and Cheri are monasteries on adjacent hills, with the Thimphu Chu (river) flowing through the middle, like a constant companion for hikers. With no tourists, few monks living in the monastery, and some mountain goats, Tango is a perfect day hike worth taking. On descending, we spent time on the rocks by the river, watching the sun playfully colour the water in hues of green and blue.

A more touristy monument worth visiting and learning about is the Dochula Pass, about a 90-minute drive from Thimphu. The memorial structure at Dochula has 108 chortens (stupas) erected by the eldest Queen Mother, Her Majesty Ashi Dorji Wangmo Wangchuk. The Pass offers 180 degree majestic views of the Himalayas, something a traveller can never tire of. In the vicinity is the Royal Botanical Park, as well as an important temple, which locals frequent.

The road from Dochula Pass to Phobjika is nightmarish, and often results in car breakdowns. A small town on the way to district Wangdue Phodrang, Phobjika gives a glimpse into the simple Bhutanese folk life. Farms, simple houses, school children in cute ghos and kiras (national dress) with strawberry cheeks singing the praises of their king are among the sights and sounds of Phobjika valley. Thanks to a flat tyre, we were able to experience a different side of local life, which remains untouched by fashionable apparel and the coffee culture.

While Phobjika had a rural charm, Wangdue Phodrang’s Baja Town has the vibe of an unsafe and impoverished neighbourhood. A planned town with several two-storeyed buildings lined side-by-side and tonnes of grocery shops, Baja Town seems like the place that missed the ‘gross national happiness’ memo. Its ghetto-ish vibe is in stark contrast with Thimphu’s relaxed and uplifting mood. 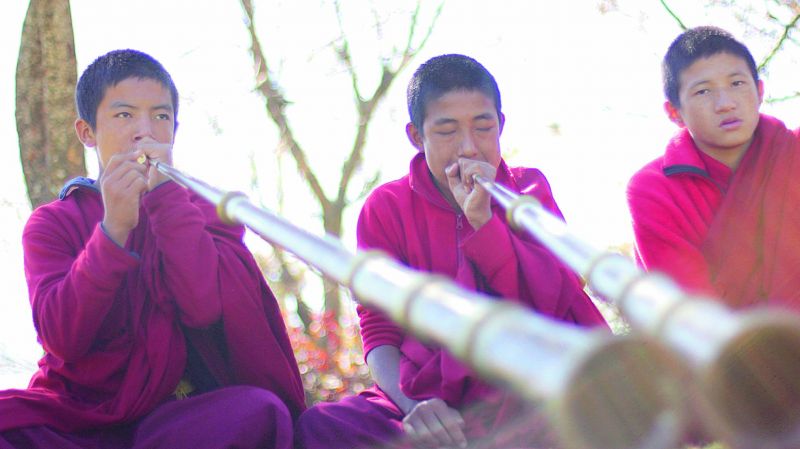 No trip to Bhutan is complete without the breathtaking hike to Taktsang Monastery (Tiger’s Nest). Located at a 20-minute drive from Paro town, the hike isn’t difficult, but can leave you breathless especially in the winters. One has the option of taking a pony up to a certain point, after which you’re at the mercy of your feet. We completed the hike in two hours, stopping along to take in the spectacular views of Bhutan and the Tiger’s Nest from different heights and angles. The last leg of the hike are a bunch of winding, steep steps leading to Taktsang. The bunch of monasteries are dedicated to various deities. The actual Tiger’s Nest is a small cave with two flights of wooden stairs, with an entrance/exit big enough only for one person at a time.

Two or more hours can be spent atop Taktsang, soaking in the beautiful scenery, which includes a fierce waterfall tamed by the sight of rainbow alongside. Once down, you’re filled with a sense of accomplishment and of course, a camera full of postcard-perfect pictures. A few minutes outside of Paro, you can treat yourself to a hot stone bath. The water (in which hot mineral-rich stones are dropped) is infused with medicinal herbs like khemla and sweet flag known to ease aches and pains, and at Rs 1,000 for two people for 30-40 minutes, it’s totally worth it!

Bhutan has something for every kind of traveller and if you’re Indian, you’re in for a treat. Bhutanese have a deep respect and brotherly feelings for Indians. As for the locals, they are genuinely joyful and ever-smiling.

Blessy likes to travel in her free time