The model-turned-actor is hoping for some good tidings at the box office with his upcoming movies Marjaavaan and Shershaah. 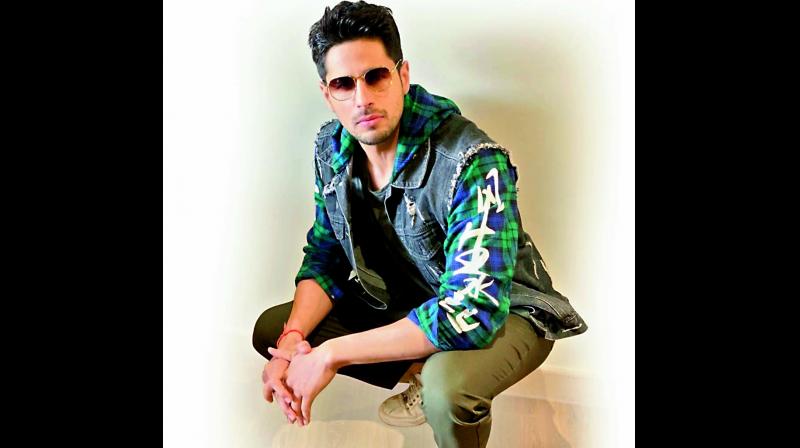 The actor is unhappy that his last few movies have not done too well at the box office, but Sidharth is trying not to dwell on his past failures and refuses to  operate out of fear.

His fanbase touched epic proportions after Student of the Year (2012) but actor Sidharth Malhotra is not someone who will rest on his past laurels or dwell on the failure of his flops. He hobnobs with B-town’s A-listers and knows that it’s always kabhi khushi kabhi glum in showbiz. The model-turned-actor is hoping for some good tidings at the box office with his upcoming movies Marjaavaan and Shershaah. The latter is a biopic on Kargil War hero Vikram Batra. Sidharth is aware that the box office numbers matter, but he has not let the negativity of it all get to him.

Your last few films have not done well, did you have any doubts as to where you were going wrong?
Films that don’t go your way teach you more. Every film that has not worked has taught me something — about management of release dates, writing and production etc. I think it is an experience that is beyond my control right now. Hopefully when I become a producer, I will use all of that. Currently, I am  looking at it in a positive way. As for the series of flops, I do not like it. I have great hopes from Marjaavaan and Shershaah to build a larger audience. Both these films have potential so I am forgetting about the past and looking ahead.

What has the industry taught you subconsciously?
It is a business after all and box office numbers matter. If there is anything good in a film, it doesn’t go unnoticed, even if a film doesn’t do well and the performance is correct.  My takeaway is the business aspect of it. There is a lot of hunger to get those numbers and cater to a larger audience through Marjaavaan and Shershaah.

Social media has the power to make or break a film. What do you think about it?
Social media is a make-believe world. It is just apps. Sometimes we say such great things on social media, but it doesn’t translate into anything in real life. Similarly, we hear such negative things but it doesn’t affect in real life. There are so many empty words that go on social media. For example, I have tried to support good causes there, but unfortunately it doesn’t go beyond words. I wish this format could make a big difference in somebody’s life and career. Nevertheless, it is a great medium for actors like me to connect with fans. Social media can’t affect and hamper anyone’s box office numbers. If a movie is doing well then you have more followers and fans. I think all my movies are hits on social media.

Did you anticipate which movies would do better than others?
I don’t think anyone can say which movie can work. Like Ek Villain was my third movie, and everyone asked why I am doing action movies, but it worked. Similarly, when a movie doesn’t work, people pinpoint after the release, but I don’t pay attention. I just want to do movies that excite me like Baar Baar Dekho and Jabariya Jodi. I don’t let the negativity affect me because if I do then I will stop learning. I want to grow as an actor. If you start functioning from fear, then that’s the end.

Are you completely fearless?
I try to reduce it. Jabariya Jodi was a bit challenging. Marjaavaan is commercial but not conventional for me. Shershaah is a biopic that is extremely real. These are distinctly different films. I always try to do something new.

What is the status of Shershaah?
We are almost done. Maybe a week of the shoot is left. We have shot in Chandigarh, Palanpur, and Kargil, where we went during the whole Article 370 issue. We owe it to the Ministry of Defence and the Army for making it very smooth for us. The army was equally passionate to tell us the story of Vikram Batra, because it was a turning point in the Kargil war. He sacrificed his life and it has affected many people’s lives. We had the script for about two years. Shabbir Boxwalla got it from the family, then I came on board and then we got it to Dharma Productions. It is not just an action movie, it has a love story too. It is an emotional story about a soldier, his family life, his army life and then the Kargil War.

How did the Indian Army help you while shooting Shershaah?
We had real soldiers and officers providing us security. They also gave references about Batra, like how and what to perform. We have tried to keep it as authentic as possible.

How long did you train for the movie?
We trained for about two-and-half to three weeks in Bombay and then Kargil, which is at a high altitude and has less oxygen. I did not have any physical issues because I was training hard, and your overall fitness comes into play. We had gun training, ammunition, handling the unit, and basic soldier knowledge. We hope the Army officials like the movie.