Her 34th Book, Daughter from a Wishing Tree, has just been released. We catch up with author and wife of IT industrialist Narayana Murthy. 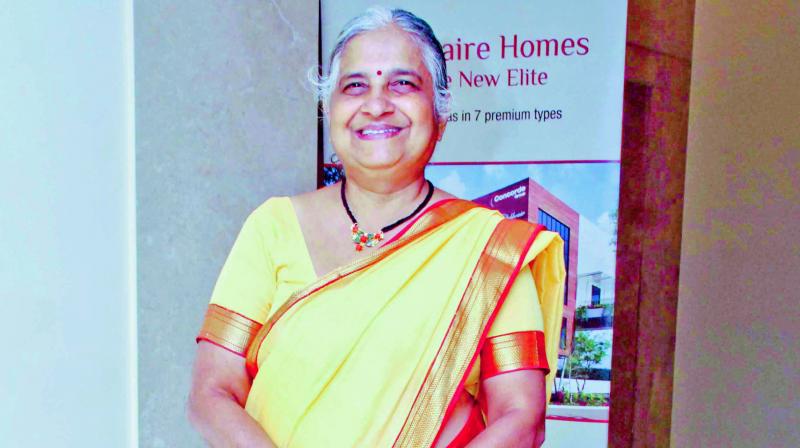 Sudha Murty’s upbeat energy is contagious. She lights up the room with her affability—instantly putting one at ease. Her 34th book, Daughter from a Wishing Tree was launched on November 14, Children’s Day. Taking a leaf out from powerful female influences that were buried deep within the thick carpets of mythology; the book is a riveting collection of 25 short stories about women in Indian mythology. Stories that celebrate women—with an indomitable spirit and tremendous courage in Indian mythology.

“Mythology has largely been written by men and focusses on men—on wars and men, who went to war. But, there are women who influence the decisions of men. Women who make decisions which are different from what men make. The kind who have the power to change the fortune of dynasties,” begins Sudha, adding “These are some of the women— in Indian mythology and otherwise—I’ve always been in awe of, and have written about.”

The author and chairperson of Infosys Foundation is grateful for the strong female influences in her life. But, Sudha has always looked inwards for answers. “In my case, both my grandmothers made a huge impact on my early childhood days. But, as I grew older, people rarely made an impact or influenced me. I would read, analyse situations and come to conclusions that just paying heed to somebody’s influence,” she avers. Yet Sudha is quick to add that some of her biggest life lessons were passed on from the women in her life. “I learned philanthropy from my mother and both grandparents. I learned reading and writing from my mother. I’m certainly grateful for some really useful attributes that were developed over time.” 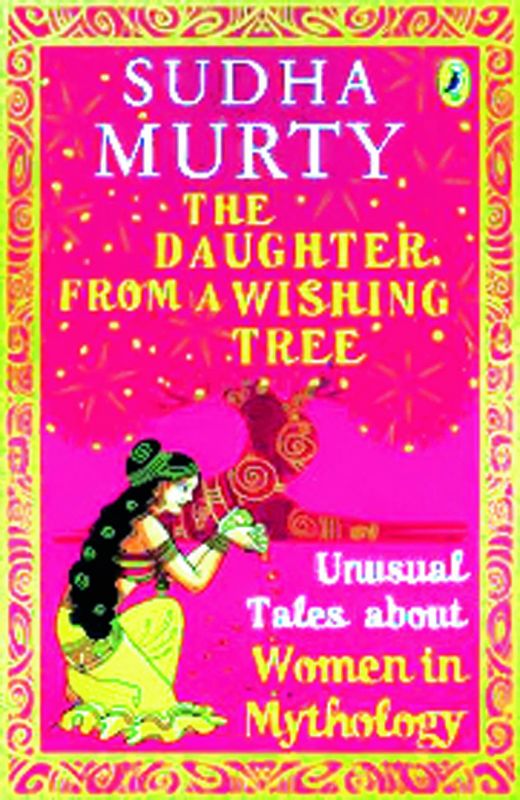 The title, The Daughter from a Wishing Tree evokes a sense of intrigue. Is there a streak of divine feminism? To which Sudha elaborates, “Actually, there are 25 stories in the book. One of the stories focusses on Parvathi—the mother of the whole universe. She has two sons. But she yearns for a daughter. And, she wants one immediately. Thus, Parvati visits and prays to a wishing tree in the hopes of having her wish to materialise. And well, she gets a daughter –Ashoka Sundari. The wish to have a daughter even for the mother of the universe. She feels the urge and importance of having a daughter.”

While Sudha was overcome by an overwhelming urge to narrate the story of women heroes in Indian mythology, she believes that it was a very challenging process. “It’s difficult to write because you have to search for such characters. You really need to research as not many women heroes have been glorified,” she reveals, further adding, “Indian mythologies are shrouded in magical mysteries. I have intentionally never covered Sita and Draupadi. There are many women who are very powerful. Damayanti— she was a queen, never deserted her husband when he didn’t have money. She was intelligent enough to persevere. I like portraying women of character in my books. Women who exhibit loyalty and courage. There are women who show tremendous courage—mythological tales aren't stories, they are metaphors, with hidden treasures, a khazana.”

Sudha staunchly believes that daughters are a blessing, and speaks from personal experience. “Yes, I am very close to my daughter and share a very special bond with her,” she smilingly states.

While the Indian engineer doesn’t come from a literary background, her books are much loved. Sudha Murty’s previous book, The Upside Down King has been nominated for the 17th Crossword Books Award under the Children’s Book Category. When prodded about the secrets to writing a good book, the author is quick to dish out the rules. “Don’t be blinded by preconceived notions around authoring and writing, such as “If I do my MA literature only then can I write.” There are no rules, really. Writing is an expression, in my opinion. You have to read a lot, you have to observe and need to develop a sensitive mind. A good writer is one, according to me, is someone who gets the pulse of the common man.”

Sudha drops trinkets of wisdom during casual conversations and the same rubs off in her books as well. She also doles out another important advice to millennials— reading to embrace your own company. “Think logically, reading gives you a great company, it will never make you feel lonely. Reading makes your understanding. It’s so important, and a book is a great companion.”