More and more Indians who travel in large groups are opting for the privacy of villas during their trips abroad. 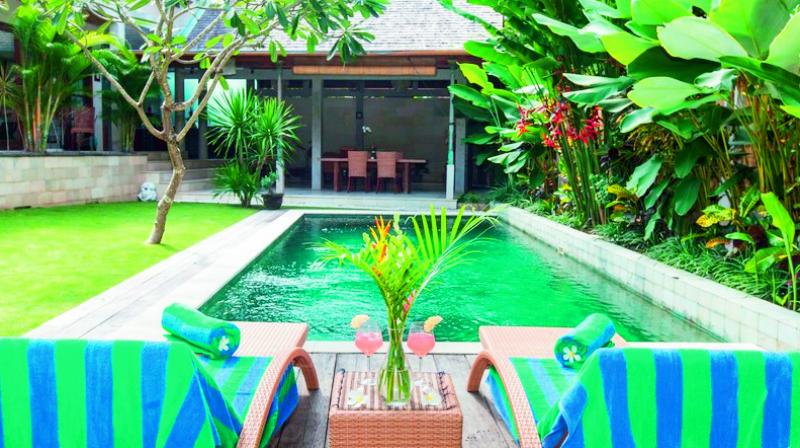 More and more Indians who travel in large groups are opting for the privacy of villas during their trips abroad, as they offer a variety of facilities at affordable rates.

Bengaluru-based luxury brand consultant Manjusha Maheshwari has always been “a hotel person”. But an impulsive villa holiday at the Casa Del Logo, in Umbria (Tuscany), has altered her thinking process. “My sister Tanuja and I wanted to spend some quality time together, so we just thought a villa would work well, since we rarely do this. It would give us those quality moments when you wake up over a cup of tea, late night chitter-chatter and midnight snacks,” she reminisces.

Call it serendipity but Manjusha, who had made the reservation on the Abercrombie and Kent site, ended up making a friend for life with the owner, Francesca. “What was lovely in Umbria was that we would be out all day in various parts of Tuscany and home in the evening. And when we came back, the fire would be lit, there would be lovely wine on the table, and Francesca would cook 4 to 6 course meals, all the ingredients of which were from the vegetable garden and the local stores. We would order dinner in the morning, and what was touching was that the table would be laid out with beautiful crockery, cutlery and wholesome Italian fare, when after a long day we would unwind around the table and talk late into the night. 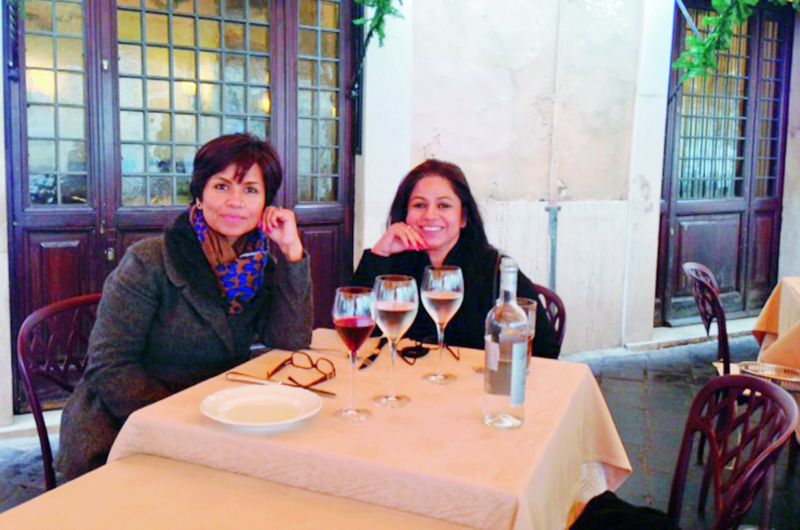 Manjusha (right) and her sister Tanuja at the Casa Del Logo villa in Umbria, Tuscany

When we woke up, the smell of lovely coffee filled the room, it was almost as if they knew what you needed and were happy to help — sometimes to get some wines, make restaurant reservation, something special to nibble on... very accommodating,” Manjusha recollects.

Many Indians today are celebrating landmark moments with their extended clan that often includes parents, grandparents, couples, kids, etc. and it makes no sense to check into impersonal hotel rooms (no matter how plush) when you are cut off from each other. Ideally you would seek a one-stop-shop which not only offers something for everyone, but you get to bond 24/7.

Anees Ahmad, chairman, Mistral Solutions, Bengaluru, rented his first villa in 2015. “I had rented a 10 BR villa in Los Angeles area for a conference travel. In 2016, I booked an 8-bedroom villa in Phuket, Thailand. This was for a family vacation and we were 18 people, including few kids. Before that we rented a 4-bedroom villa in Thailand for a golf outing with friends,” says the businessman, who paid $7,000 for a five-day family outing. “Since it had a cook in-house, we just had to buy the groceries and they cooked whatever we wanted. I requested for a full-time helper for my dad who was in a wheelchair. They arranged that. I asked for a good cook, who could rustle up any Thai food we requested, and they had that. They also had a villa manager who could speak good English and arrange anything we wanted,” he adds. 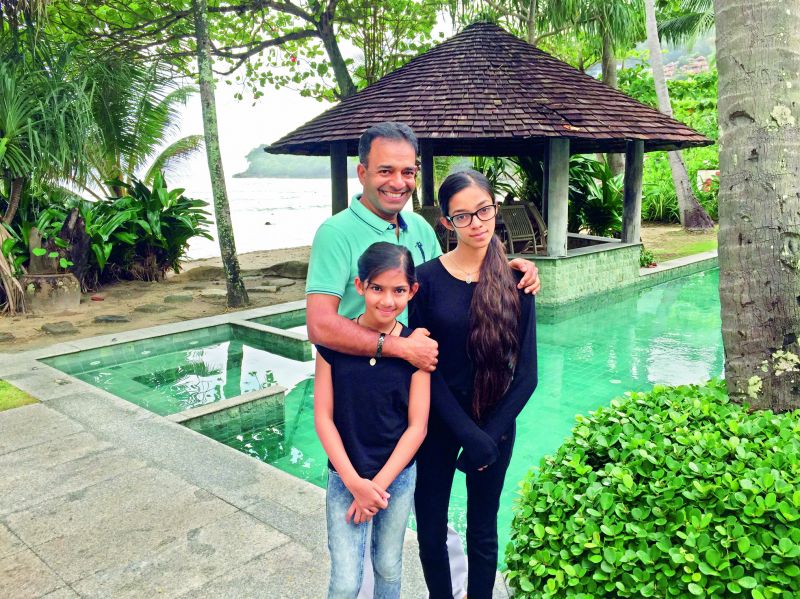 Anees Ahmed with his daughters at a villa in Phuket

Those who rent villas swear by the personalised care and privacy that these little havens of delight offer.  Seema Jaisingh, owner/director,  Che Experiences, and regional director, Helmsbriscoe, says that Indians largely opt for villas in Thailand, Sri Lanka, Bali, Italy, Spain and Greece. “Typically desi travellers are willing to spend anywhere between 150 to 1000 dollars on villas. There is a heavy demand between March to July and September to January. The three bedroom villas are the most popular and work well for groups of six adults who are free to plan the day as they please.”

Bali is a popular hotspot for Indians and while it is definitely a town filled with high-end resorts, many travellers prefer to book a luxury villa. “If you are going with a group of close friends the villa gives you opportunities to form a stronger bond. It’s like a home away from home,” says Rupali Edekar, talent director, Brand Union, Asia Pacific. She booked her first villa in Bali for her 35th birthday, which she celebrated at The Fox Hoopla Villa in Bali. Recently she went back for another occasion and opted to stay at Villa Liang, in Seminyak, Bali. “During my stay, I have discovered that special requests for my birthday celebrations have been attended to. Also, these villages have concierge services that help you get bookings in popular hotels and clubs,” says Rupali who has spent anywhere between 1,200 USD to about 5,000 USD for a week’s stay. 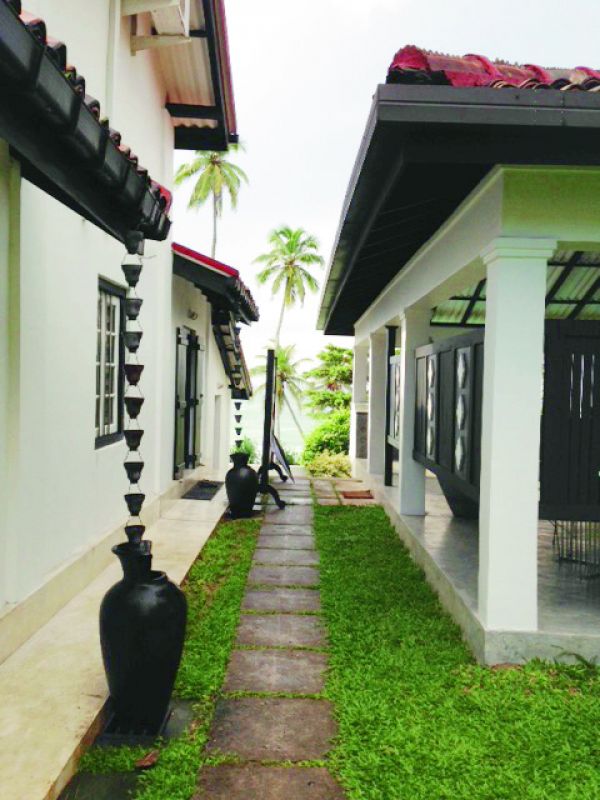 A villa in Tangille, Sri Lanka, where Mekhala and her husband holidayed

Convenience is a prime factor that has motivated these people to opt for villas. Being a seasoned villa user, Anees offers some useful tips. “For travellers from India, I think Phuket and Bali are great destinations. Convenient, good flight connections and value for money. You can get 4 BR to 16 BR villas based on the group size. You can pay anything from $500 to $3,000 a night. Once you decide the location, there are many sites like Airbnb or LuxuryVillas that offer you suitable options. You have to keep in mind distance from airport or whatever places you want to be close to (beach, tourist attractions). Check if the villa has staff on site and what are the add-ons that are included. Many a times you may get a car and driver, cooks, helpers and maintenance staff. Most villas will have private pools or gyms, airport pick up and drops too,” he says.

Mekhala Ramachandra has done the villa trail in several countries including Bali, Spain, Turkey and Sri Lanka. Her travel companion happens to be her husband and the couple books a one or two bedroom villa for themselves. “I have been renting villas for over eight years now and we normally pay around $1,300 for a week’s stay. In fact, our first stay was at a villa in Tangalle in Sri Lanka. Nestled on the South coast Hambantota province of Sri Lanka. It’s a tiny secluded town or village with magical views of the ocean. We stayed in a five bedroom villa although we were only one couple. They charged us for one bedroom as opposed to the whole villa. For this stay, we paid $250 per night.  Usually the best deals are offered for large groups, like the time we celebrated my parents’ 50th wedding anniversary in Bali,” she says.

Pam Nebel is a seasoned travel consultant who has been living in Switzerland all her life. She runs her villa as a B and B and since it is about 15 minutes from Zurich city, she is full up on most days during the season. “I charge about 140 Swiss francs per room. The villa is 15 minutes away from the centre of Zurich and it is a self-contained villa that I run as a B and B since not everyone is willing to rent the full place out. We are pretty much booked at all times as Switzerland is a favourite with the Indian and Chinese tourists. The home is also beautiful and historical as it is in an old Swiss building and each of our rooms is individually decorated with a communal kitchen. Most of my guests who rent have already travelled to Switzerland before, so they want to do more exploring, visit the local farmers markets, go river rafting, I keep maps for them, guide them on the other lesser known places they can see, like Mt Regi. Since we are also close to the border of Germany, Austria and France, there are many places just a few hours away,” she says.

Villas are the new age home stays where the sense of space and privacy along with your personal genies, in the form of in-house staff, makes the whole experience totally worth it.