From emancipation to liberation

Salman Khurshid
The writer is a senior advocate, author and former Cabinet minister for law and justice and minority affairs

SC judgements in several cases bring hope to women facing circumstances that undermine their dignity and their fundamental right to equality. 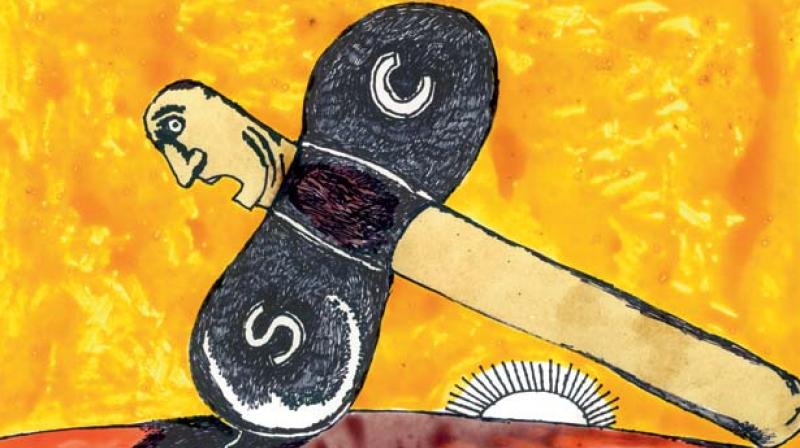 The Supreme Court of India has certainly reoccupied central space in the matter of governance over the past few years that have seen the tenure of four Chief Justices — Thakur, Khehar, Misra and Gogoi. Whilst the broad principle that the court has fortified is that of an individual’s right to equality, dignity and liberty et al, the principal beneficiaries have been women. Of course, it has not come smoothly and without hiccups both in court and beyond. The Sabarimala decision continues to be resisted on the ground and the court too has agreed to hear a review in the matter. The Kerala mixed-faith marriage matter had some worrisome moments with the Hindu bride being placed in protective custody to begin with. Finally, love prevailed for Hadiya and Shafin Jehan. The NIA probe too found no evidence of love jihad in this alliance and scores of others. The very fact that the court (faced with the Kerala High Court’s annulment order) briefly considered whether in some circumstances such a marriage can be annulled, shows signs of discomfort. Yet all is well that ends well.

On the Bohra women FGM (female genital mutilation) matter, the court seems uncertain about how to proceed and has referred the matter to a Constitutional Bench. The triple talaq matter, although seemingly settled in favour of women, has yet left a vulnerable spot for both men and divorced women due to the Ordinance making pronouncement of triple talaq a cognisable offence. Strangely, it is the LGBT rights that, after the initial reluctance of a regular Bench of the court (presided by Justice Singhvi) to support it, was within a short time unanimously supported by the Constitutional Bench without any protest from any quarter. Choice and autonomy of the individual has been expanded incrementally giving all, including women, the legal capacity to act independently. But this right to diversity has vast implications that need to be further examined as peculiar facts present themselves.

The LGBT decision of course works equally for either sex and therefore has no preferential support for women, yet the adultery decision of the court certainly contributes to the emancipation of women from the traditional protectionism and treatment as chattel. As he began reading out the verdict, the Chief Justice remarked that the beauty of the Constitution is that it includes “the I, me and you” and “any law which dents individual dignity and equity of women in a civilised society invites the wrath of the Constitution”.

The court, calling adultery a relic of the past, said Section 497 “denudes women from making choices”. One law officer of the government described the court as having held that it was no concern of the law as to “who sleeps with whom!”

The recent decisions of far-reaching implications have been justified inter alia on the strength of a recently developed concept of “constitutional morality”. Whatever else the concept means, and it is seen as meaning many novel things, the court certainly believes it to be a bulwark to protect the individual against society. It is therefore a concept that can easily, as often, contrast with the popular majority. It was thus that, despite the popular belief that same sex relations are immoral and unnatural, the court struck down the Indian Penal Code provision that makes it unlawful. The problem is that constitutional morality is a nebulous idea or, indeed, the idea of morality of the judge. On the other hand, I found a glaring inconsistency of thought when a vegetarian judge seemed to be in favour of capital sentence. If the vegetarianism was based on life being sacrosanct, could anything justify taking of life even in “rarest of rare” cases?

The subjectivity of constitutional morality was highlighted by the dissent of Justice Indu Malhotra, the sole lady judge on the Sabarimala Bench. For her it allowed the exception of women visitors to the temple. Moreover, protection of faith, equally a constitutional obligation, could not be made answerable to rationality or logic. A similar dilemma did not cause a worry to the Benches that decided the triple talaq and women’s access to the Pir Haji Ali mazaar in Mumbai, although, of course, in the latter case, the dargah management relented. But then it was observed that what was questioned in those cases was not an integral part of religion, perhaps not religion at all.

The glass ceiling for women is getting dismantled judicially and even otherwise. It makes sense that under a woman defence minister, the first batch of women fighter pilots has occupied the cockpit. Even as women finally get the right to earn their spurs, a certain amount of rethink on traditional rights is also apparent, e.g., the right to joint Hindu property as a coparcener consistent and compatible with their male relatives and counterparts.

While the Supreme Court continues to bolster efforts to bring equality and dignity to matters of gender, the country remains traumatised by reports of gangrapes and assaults on the girl child, from Kathua to Unnao and Lucknow. So the court’s constitutional morality struggles to be felt in society as unconstitutional immorality continues to rule the streets after dark. Knee-jerk reactions of moralists fortunately do not sway the court as became apparent when a petition was moved to get a direction for quick execution of the condemned prisoners in the December 16 Delhi gangrape case. “You do not expect us to pick out people from the streets and execute them,” said a senior judge in obvious distress. Clearly, an impatient and insensitive public opinion is beginning to wonder why the Court cannot resonate its discomfort and, equally, the Court must wonder why its objective and constitutional ethos is so difficult for people to understand and appreciate. There is, after all, a great difference between the Rule of Law and that of instincts, no matter how noble. The wheels of justice may grind slowly, but they clearly do it surely.

In the matter of abortions and surrogacy Indian law now gives considerable leeway although perhaps it has some catching up to do with other common law jurisdictions.

As the court continues on the glorious path to give Indian society a truly equal and equitable face in terms of gender justice, the rest of us have to support its efforts with attitudinal changes. In the glorious endeavour of the court to show us the path towards a better future, it is difficult to miss the fact that only three women judges share the responsibility with a predominant number of brother judges.

Meanwhile, the country awaits legislation that will give women an equitable share of seats in Parliament. But a word of caution for activists who have repeatedly put up a valiant fight for the rights of women: This is not a battle of the sexes. Our society is already fighting more internal battles than is good for a society. The aspiration for equality is a common tryst of women and men. Although artificially created barriers are collapsing in the face of modernity and judicial activism, there is much to do. For a country that is in many ways a religious country, for any institution to depart from deeply felt issues of faith will not be easy when they are inconsistent with secular standards. The fundamentals of faith are after all more than faith alone. And we are not about to become a faithless Constitutional polity. Justice Anu Malhotra’s dissent in the Sabarimala case has signalled that the Court has to return to the issue of contours of faith.

Meanwhile, the trend seems clear: the Indian Supreme Court will not easily be persuaded that legitimate reasons can be found for justifying discrimination against women in the matter of opportunities and outcomes. One might use the inimitable phrase of Forrest Gump: Equal is as equal does.