Spirit of the holy city

Inspired by the city that he's grown up in, Abhinav Goswami captures the many moods of Vrindavan. 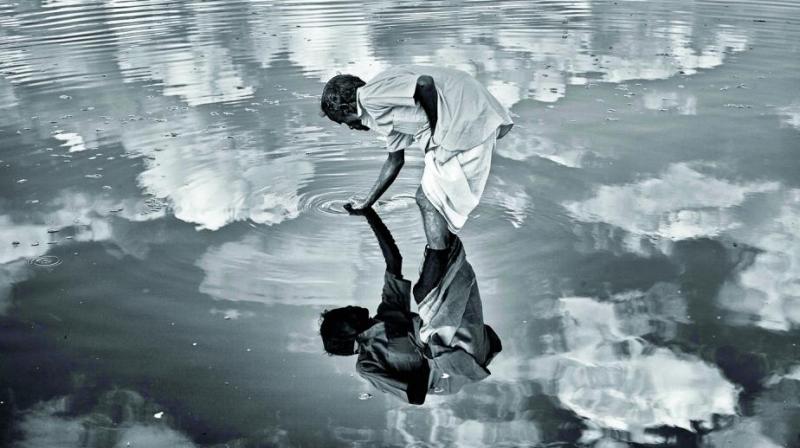 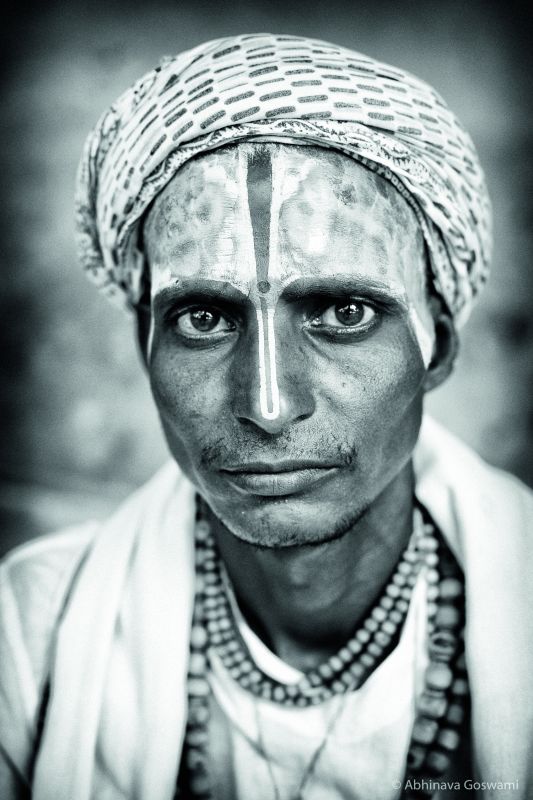 A morning with Vanshi Baba

Taking photographs of the holy city of Vrindavan has been a family tradition for Abhinav Goswami — one that dates all the way back to 1860, three generations ago. It was one of Abhinav’s great uncles who piqued the photographer’s interest in the city and in the world of photography. 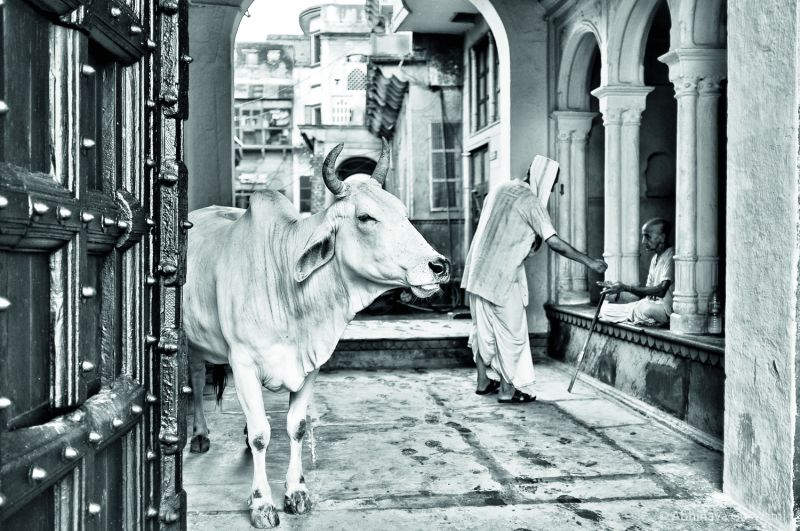 “He was a professional photographer with a passion for clicking photos of Vrindavan, where I was born and brought up. His photos date all the way back to the ’40s and ’50s. When I turned 18, he handed over all his photographs and negatives to me. I knew then that I wanted to continue the legacy,” reminisces Abhinav. 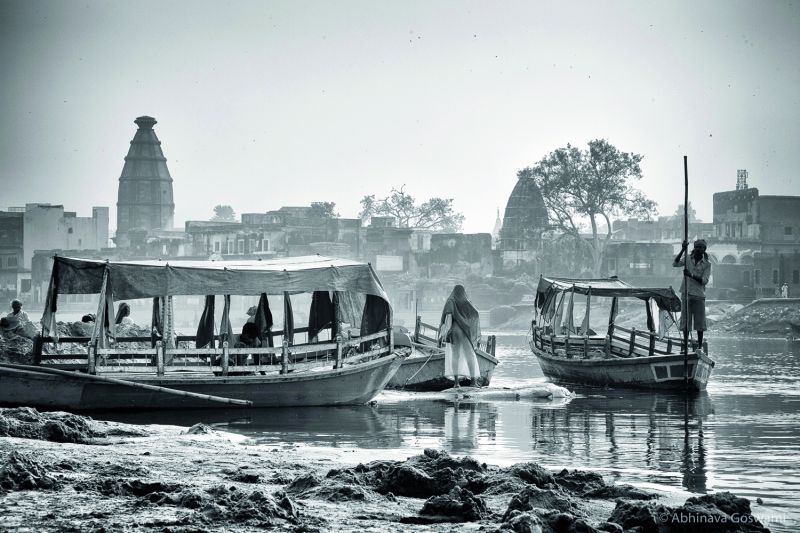 Since the 1990s, when he first got his hands on a camera, till today, Abhinav has never missed an opportunity to photograph his beloved hometown. “If I am in the city, then the evening always finds me on the streets — sometimes I go to the ghats, sometimes to the temples. There’s no fixed destination, but I always head out to click photos. It may seem repetitive but I get new perspectives each time,” says Abhinav. 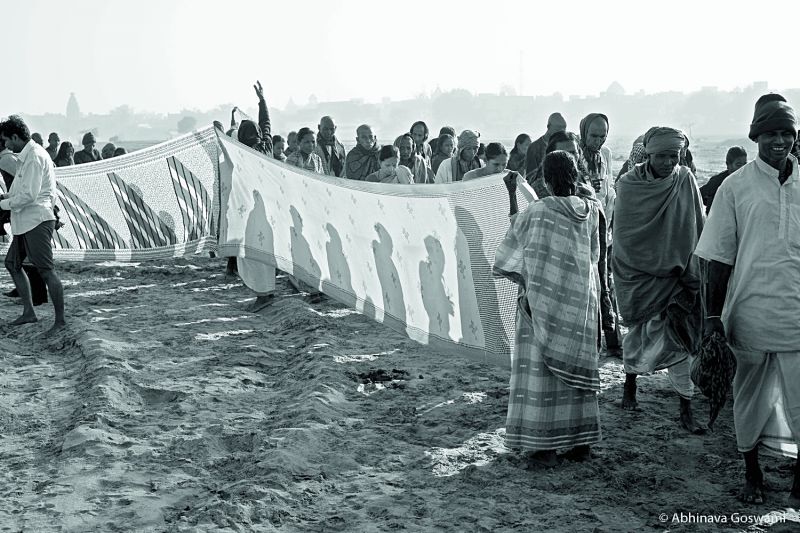 The streets of the holy city are different from those of a cosmopolitan metro. Replete with sadhus flocking to the temples, snake charmers with serpents wrapped around their necks, ghats where a hundred different types of ceremonies take place, the town has a million stories to be told through the lens of a camera. “One of my favourite places to visit is the Keshi Ghat. Of the 42 ghats in Vrindavan, this is the only one where the river touches the steps. Ceremonies to pray for the souls of the dead, ceremonies where young boys have their heads shaved and a ceremony that Gujaratis have where they tie 50 saris together and take it into the river Yamuna by boat — these are some of the memorable subjects I have shot here,” recalls the photographer. 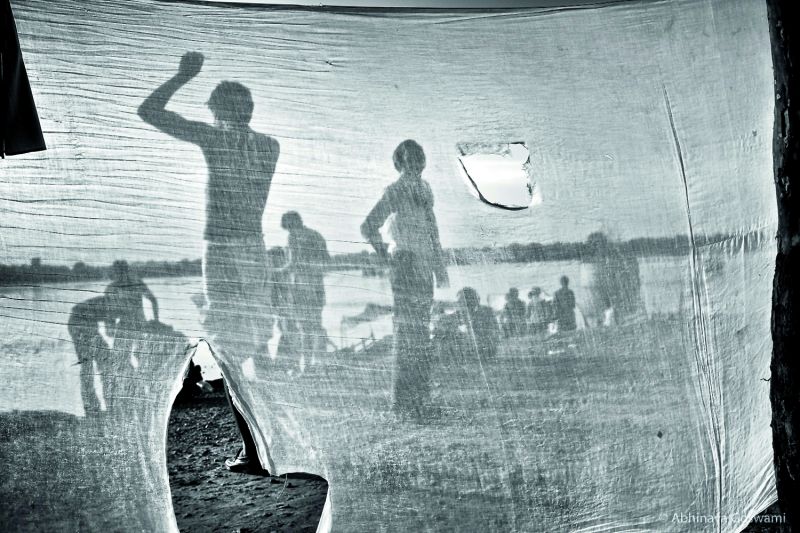 Abhinav, who has had his work exhibited in both solo and group exhibitions in Mumbai, Agra and Delhi, prefers the black and white medium, though he does take colour photographs too. “When I started taking photographs, black and white processing wasn’t done in Vrindavan. So, I started processing them myself. Black and white images have a longer shelf-life than colour when it comes to film. Since I still shoot about 40 per cent of my pictures on film, and the rest in digital, it’s just more practical to shoot them this way. Besides, I think colour often distracts the mind from the actual subject of the photograph,” he says. 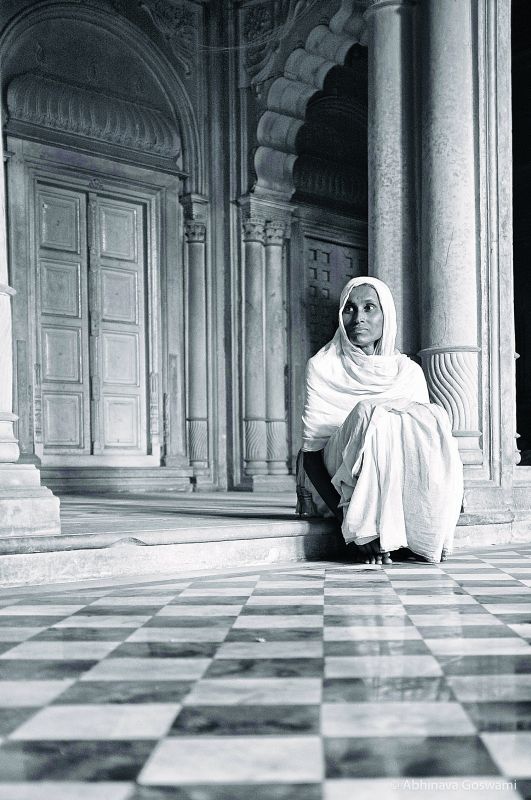 Though he feels the city of his childhood has deteriorated, it is here that he keeps coming back to for inspiration. “The city is not what it was when I was a child. The burden of development has created a city that clings to its dilapidated heritage, with the government trying to push for more developments to make it at par with India’s metropolitan cities. Indeed, the city began crumbling from the time I first started documenting it. Still, I have taken photos of Varanasi, Kolkata and did a project photographing Taj Mahal, but none of them keep me coming back the way this city continues to do. I have thousands of photographs, and I will continue to take more,” he concludes. 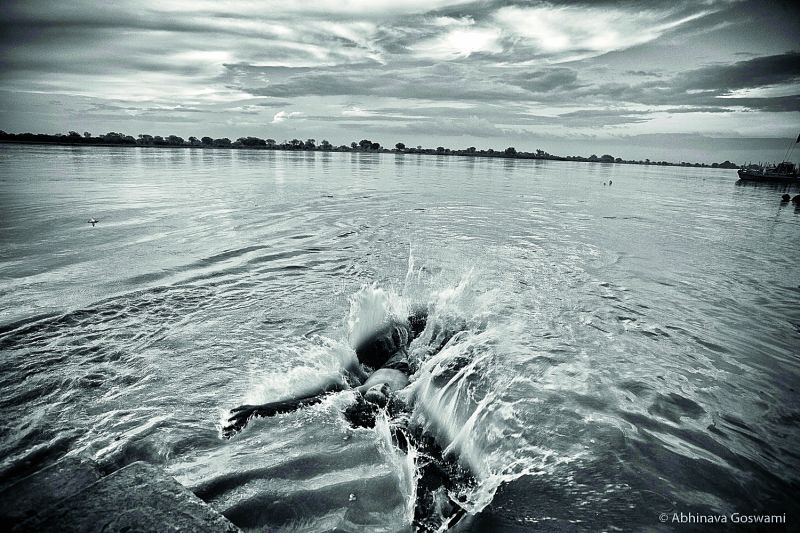