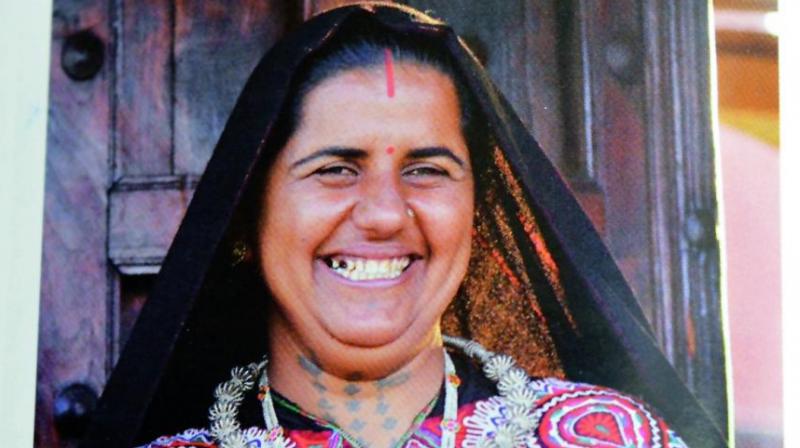 The book is a light and easy read. But the narrative is not superfluous. Millionaire Housewives, jointly co-authored by Rinku Paul and Puja Singhal, chronicles the trials and tribulations of 12 successful female entrepreneurs, who have overcome insurmountable challenges to make a success of their lives. “We wanted to present a wide selection of accounts of homemakers who were diverse — both in the circumstances that propelled them towards entrepreneurship, and in the challenges they had to face in their journey which they refused to be cowed down by,” they reveal. 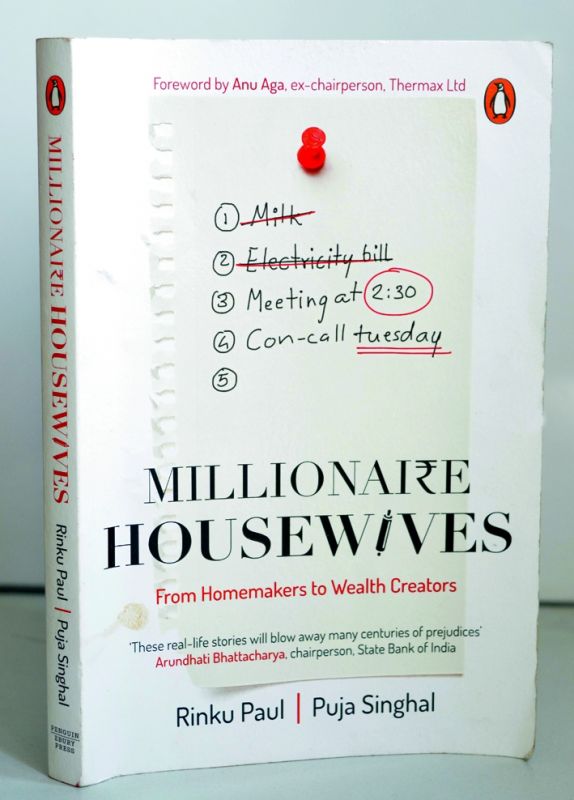 The book has a slightly text book approach with pointers at the end summarising the challenges. The authors reveal that they had arrived at this decision after much deliberation. “We have recapitulated the life lessons learnt by these homemakers turned entrepreneurs at the end of their accounts. The book is written by way of heartfelt first person narratives. In fact, the stories are so personal, so powerful and so uplifting that we felt that any other voice, even if it was the author’s, would seem like an intrusion. It is easy for the reader also to be overwhelmed by these life stories and the emotions inherent in them,” reveals Rinku, who quit her corporate career after 16 years to co-author her debut novel, Dare To Be: 14 Fearless Women Who Gave Wings To Their Dreams, along with Puja. 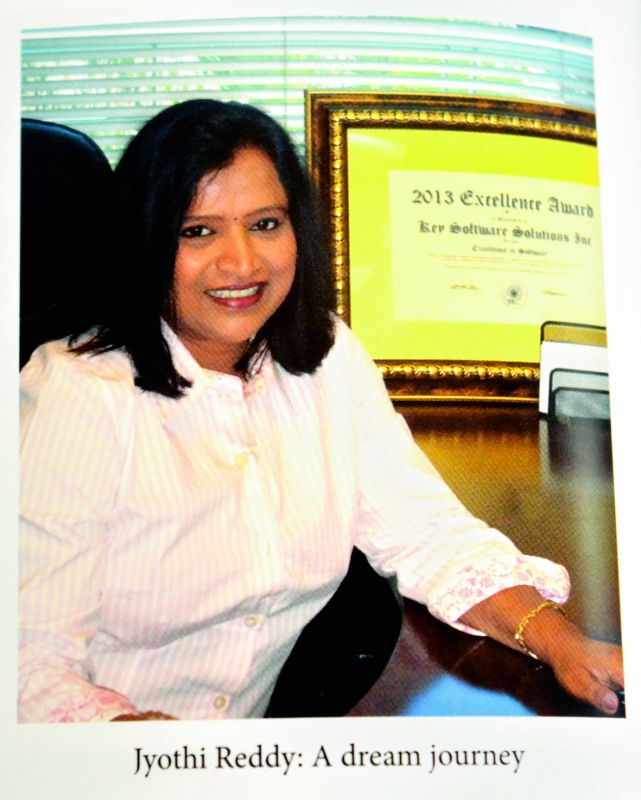 Anu Aga, former chairperson of Thermax Ltd, who was forced to join the company after the sudden demise of her husband, has penned an encouraging foreward. “The book offers women insights to gain courage and confidence to take the plunge and embark on their own entrepreneurial adventures,” she writes.

Ask the authors why Anu’s own inspiring saga has not made it to this book and Puja responds, “You are right, her journey was similar. Having achieved what she has despite trying circumstances, we thought it would be a good idea if from her vantage point, she could read these stories and add her own perspective. Hence, the idea of a foreword. She was extremely gracious in agreeing to write it.” 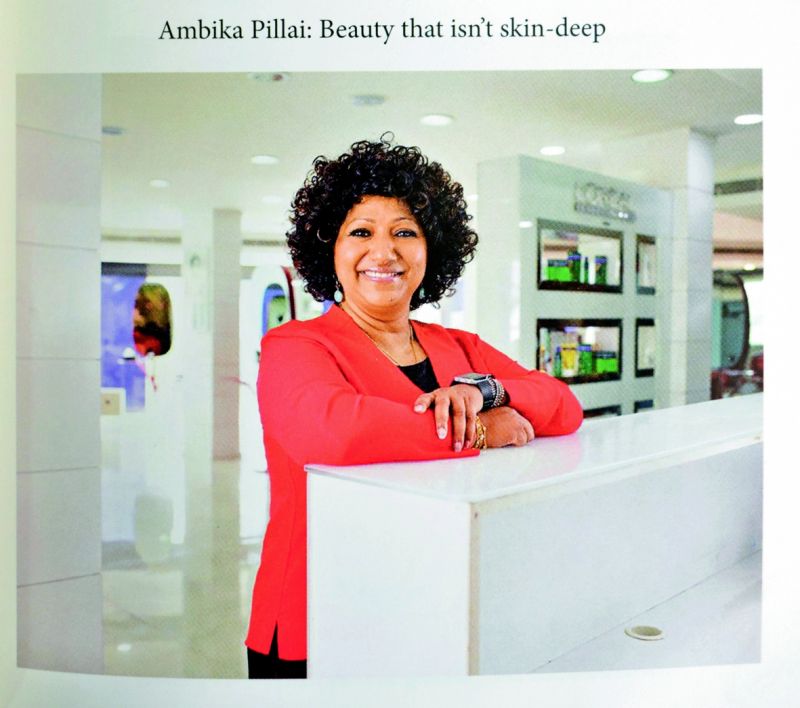 The book opens with the deeply moving account of Delhi-based make-up artiste Ambika Pillai’s life. She is a well known name in the fashion world, but there are many tears and trials behind that success story. Dyslexic at birth, married at 17, mother at 24 and separated at 24. Duped several times by her partners, she has overcome every minor obstacle to emerge the successful woman she is today.

The book reveals that some of them were pushed towards entrepreneurship on account of unfortunate events shattering their secure worlds, others had strong financial compulsions that made them turn to entrepreneurship and yet others had a niggling sense of wanting to do something beyond their traditional roles. 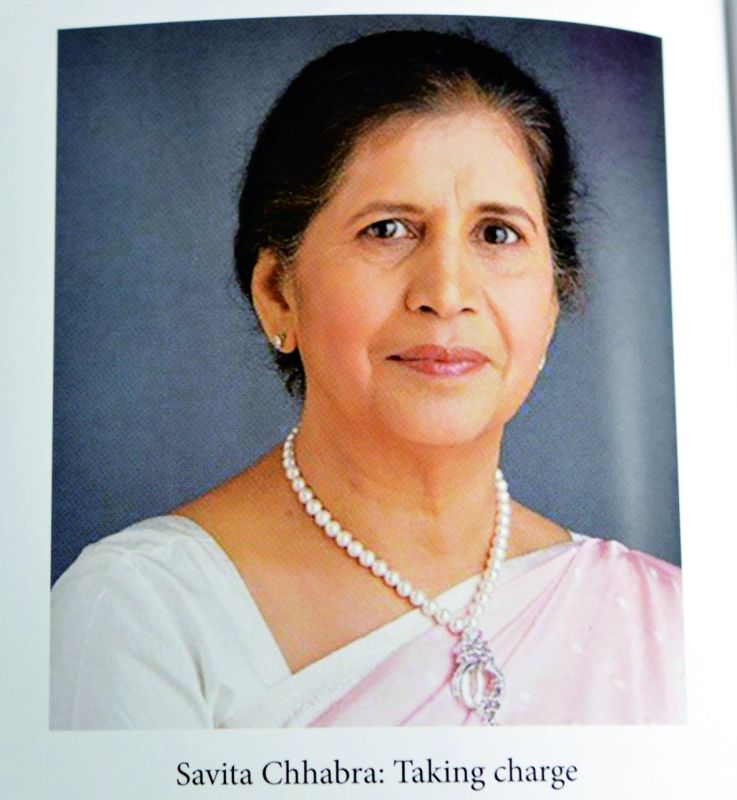 Rinku confesses that while it is hard to choose between “tales of boundless grit and passion, I heard incredible accounts of women like the story of Ambika Pillai, for example, where she walked out of a loveless marriage with a small child in tow and went on to build a salon empire right from scratch with her single-minded dedication.”

Yet another inspiring narrative is that of Savita Chhabra, VC director of Hygienic Research Institute. She lost her husband to cardiac arrest after 22 years of marriage. Within five days of his death, she had to step into his shoes. Her older son was in his second year of pharmacy in Pune and the younger one in class 10. While the family wanted the son to join the business, Savita took over and made it the stupendous success story it is today. “Women like Savita Chabbra had the courage to step into the family business (even though they knew nothing about the business) when personal circumstances demanded they make a choice. Honestly, the heroic journey that each of the featured women have gone through, have made it truly inspiring, and worth reading and sharing,” says Puja, who quit her decade-long career as a HR specialist to focus on writing.

One can’t help but notice a huge gap between the turnover levels of these entrepreneurs. While Savita Chhabra has a turnover of Rs 400 crores, there is Pabiben Rabri, founder of pabiben.com with a turnover of Rs 20 lakhs.

“This was definitely by design. We wanted women who were starting out to not be intimidated by high turnover numbers. On the other hand, we also wanted to bring to the fore the fact that once they managed to overcome their fears, the sky really was the limit. It is important to mention here that irrespective of their business turnover numbers, each of the women featured is a winner in her own right. The Millionaire in Millionaire Housewives is a reference to their financial standing all right, but it is also a reference to their million dollar will power which has propelled them to their current positions,” adds Puja.