From donating sperms to going limp in bed, Ayushmann Khurrana truly is Bollywood’s versatile superstar, who has given back-to-back hits... 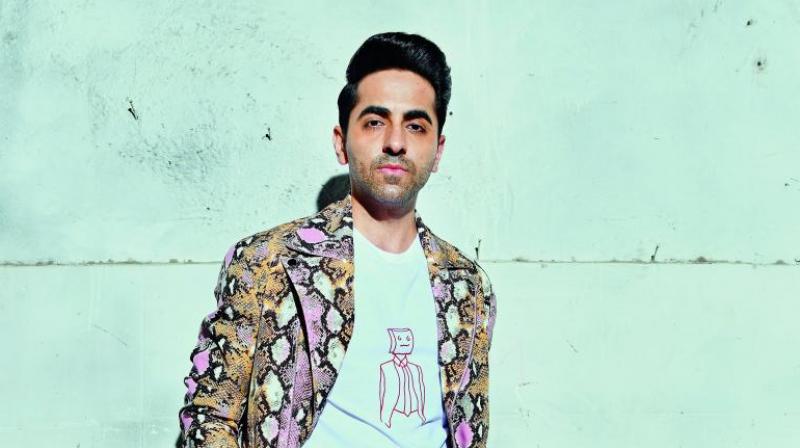 He may not have the drool-worthy six-pack abs or a beefy physique, but Ayushmann Khurrana’s boy-next-door looks and incredible acting skills, generate enough wolf-whistles in cinema halls and virtual space. Perhaps it is his choice of unconventional roles and chutzpah to slip into the character that filmmakers and audiences adore him. The National award winner, who is out with his latest movie Dream Girl, and plays a gay man in the next, now wishes to essay a larger-than-life character.

You have become the face of the common man how do you react to that?

Yes. I am happy that they relate to me because I have been playing relatable characters and the stories are mostly from the heartland. You see 70% of Indians live in small cities, so if you take out stories from there, which are unique, it is refreshing. Probably that’s why people feel I am the face of the common man and it’s a huge compliment.

Where do you get the scripting sense from because National Award is a clear-cut validation of that?

Yes. It is a validation for any actor but I don’t do movies thinking about awards. However, if you get an award then it’s a great validation for your choices. I have been following my gut over the years. It has always supported me more or less. There is no rulebook that I follow to choose films. It just gives you the courage to do whatever you want to do right now. It just validates the fact that whatever you are doing is right and you don’t need to change anything about it.

Other mainstream actors don’t pick subjects like you. Do you fear of being typecast or going wrong?

I have been fearless all my life as an actor with my choices. I cannot let fear bog me down. The kind of movies that I have done is risky for other actors but risk-taking is my USP. I was always charged up about unconventional subjects. I always knew that from my first film. It is all about creating a space for yourself and this is the space that I have created for myself.

Now after doing such unconventional movies would you want to try your hands on larger-than-life movies?

I would love to do a typical commercial masala film. Dream Girl for me is a masala film. It is my first attempt at masala because I have done something that’s so over the top. At the same time, it also gives me the opportunity to cater to the single screen. I would love to play larger-than-life character for sure. It’s part of my bucket list. I wanted to play a cop and that happened with Article 15. Nobody thought I would play a cop. So I guess its good to challenge yourself and do something that’s beyond your territory and break that image of yours. I would love to play a larger-than-life character for sure.

Do you consider yourself a star and do you think stardom comes with an expiry date?

Of course and every actor should be prepared for that. Nothing is permanent in this industry. We get immense joy with acting and till the time I am enjoying I will act. I would love to act and I would like to write and direct and produce someday. As far as the star tag is concerned it comes with the consistency at the box office. It has happened in the last 2-3 years in my case. I am confident about the scripts but again nobody can predict what’s going to happen at the box office. The audience is the ultimate judge.

You have been very conscious of picking scripts that have a social message in it … where does that stem from?

As an actor everyone should be conscious about the scripts that they choose. And for me, I come from a theatre background and doing street theatre helped me in a huge way. We would stage plays on social issues and club entertainment with it. So it stems from there.

Your next big project Shubh Mangal Savdhan 2 will see you playing gay how sensitively are you handling this subject?