Shades of a master artist 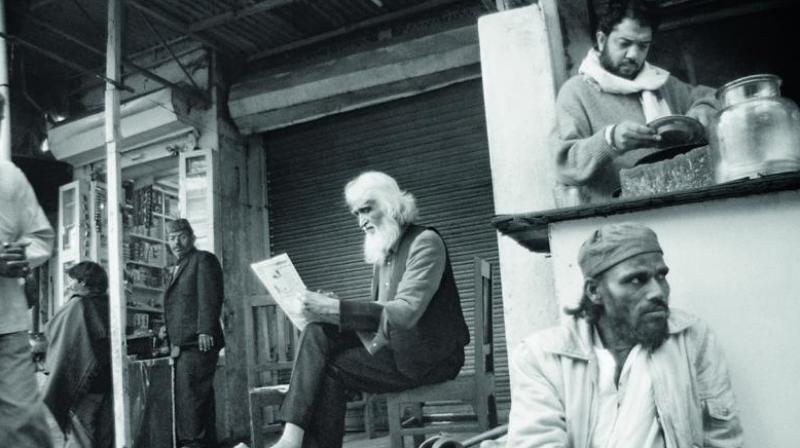 India’s best-known art maestro M.F. Husain, also known as Picasso of India, blended cubism and classical Indian styles in his works that fetched him fame and acclaim in the international art market. But along with fame came controversy. Still, the life of the artist remained largely unknown to the masses as not much has been documented. Photographer Prathiv Shah in his series ‘Sadak. Sarai. Sheher. Basti — The Recurring Figure’, documents various moods and facets of the life of the celebrated artist. 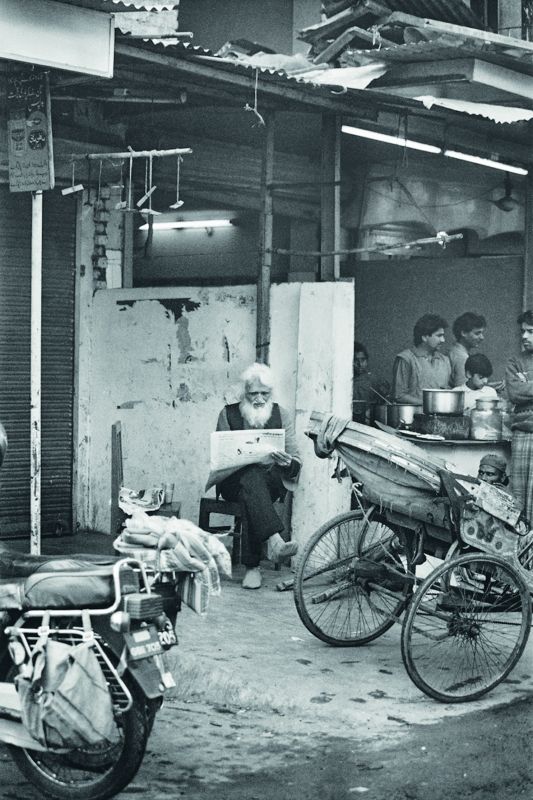 In the series of images, one can see Husain in different moods and places — from reading a newspaper in a busy market to roaming the streets of Nizamuddin in Delhi, from listening to poetry at the dargah to drinking tea. 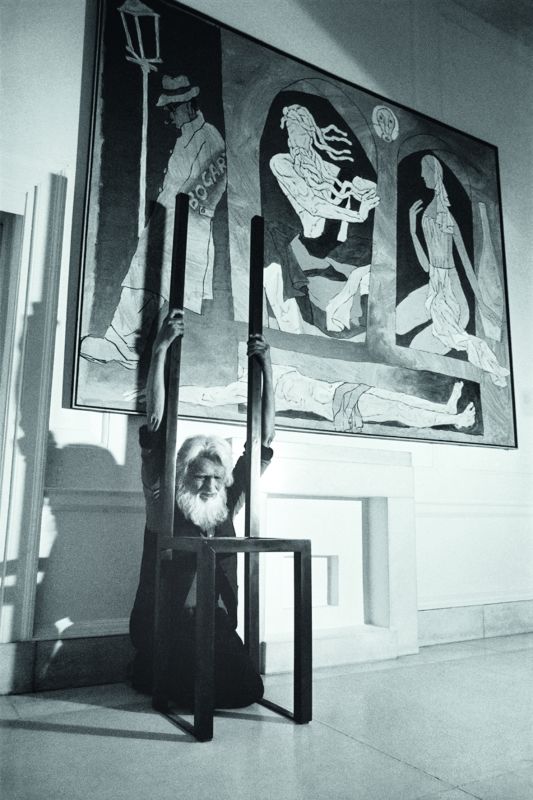 Husain in front of his painting.

Mostly taken during 1992-2002, these photographs present the everyday life of artist M.F. Husain that consists of many conversations, travels, accidental plans and impromptu gestures. 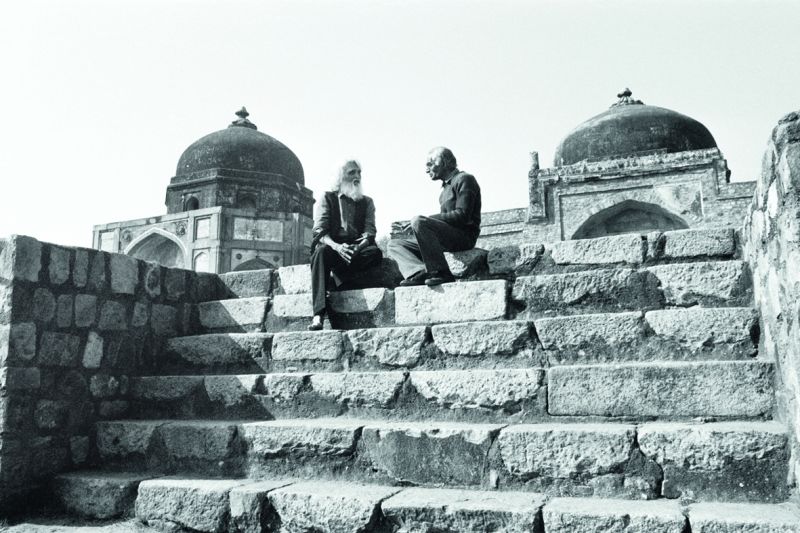 “It started with him asking me to click a few pictures of his work for documentation purpose. Later, it turned into a dialogue with the artist and his works. It attempts to capture a moment of interaction between the past of Husain sahab’s artistic vision, as it transformed over the years, and his own present, as an artist of renown. But today for me, this collection is a documentation of our modern history.” 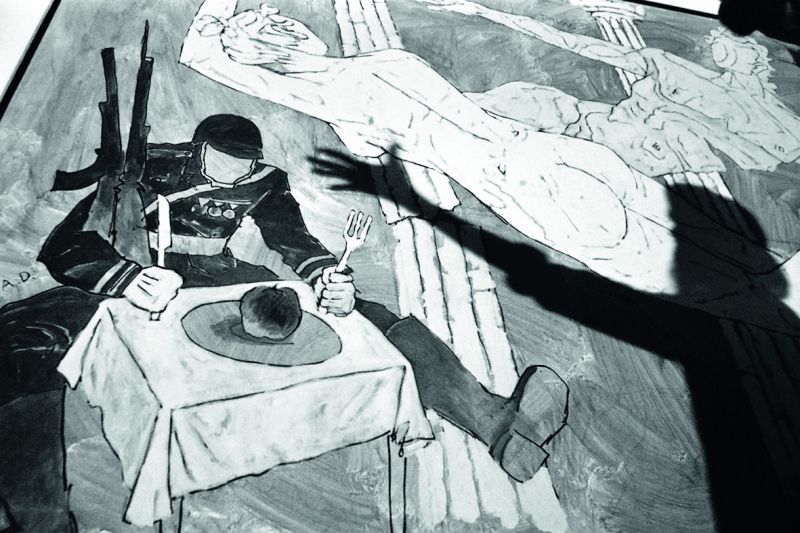 M.F. Husain becoming an extension of his artwork.

Sharing some of his fond memories about the artist, Parthiv states, “There are numerous. I was very close to his children and when I shifted to Delhi, I used to frequently visit his place. He was very spontaneous. He would call me early in the morning to various places and each was a experience of its own. I remember once he called me early in the morning, stating he is near my place and is visiting fellow artist Ram Kumar. He asked me to join him. We reached his place, wherein we got to know Ram Kumar was out for a walk at Humayun’s Tomb. He decided that we will catch up with Ram Kumar at the tomb. That visit taught me about friendship and the strong bonding they shared.” 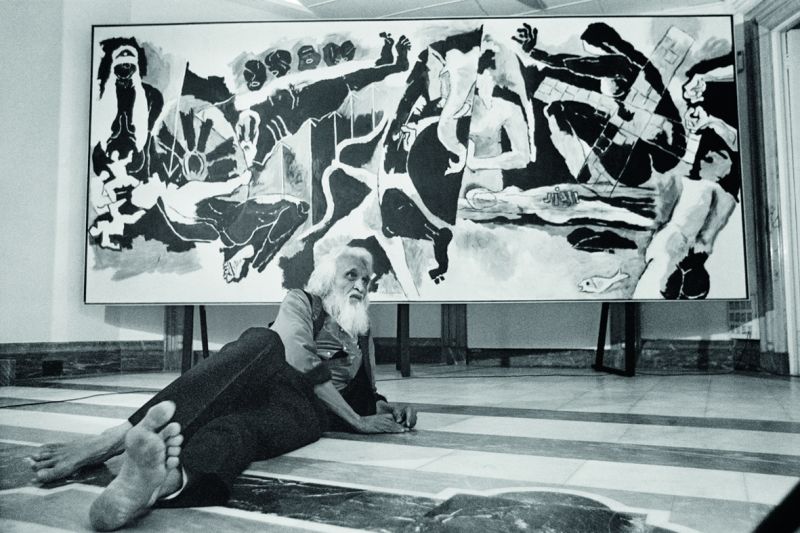 Husian posing in front of his canvas.

The photo series is a collection of archival dialogue between artworks, artist and the photographer. “The photos may carry a whiff of flamboyance because of the aura he had. But at the same time, it also captures the laughs we shared. There were times when I became the director, making him a part of the painting and sometimes an extension of his painting,” shares Parthiv.

Also, the photographs capture the ‘humane’ Husain and how much at ease he was in the bylanes of Old Delhi, explains Parthiv, adding, “The photographs record the threshold of this belonging. 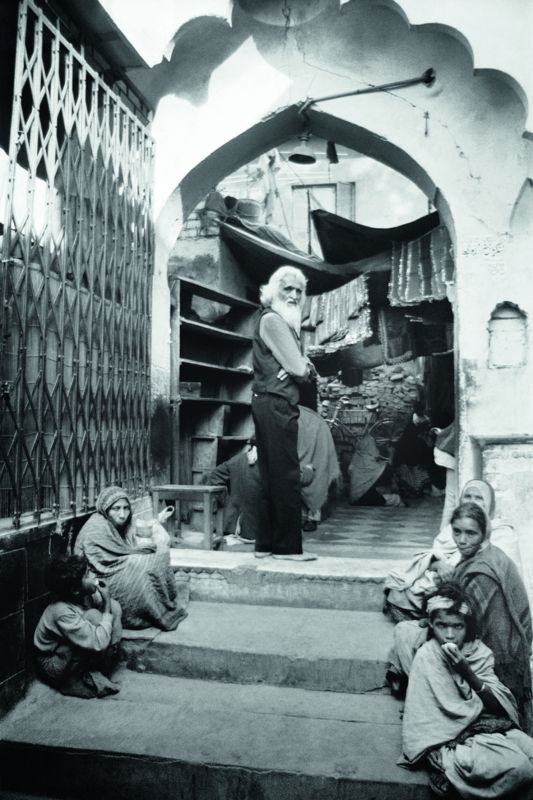 Husian in the bylanes of Nizamuddin.

“His interactions with the ordinary correspond to his many beliefs as an artist who found himself at the frontlines of controversy as well as fame. In real life as on screen, beliefs are always enacted through performance. It is on this observation that both Husain’s iconicity and its record on the screen find a common ground.”

Husain reading the newspaper in Old Delhi.Husain in front of his painting.Husian with fellow artist Ram Kumar.M.F. Husain becoming an extension of his artwork.Husian posing in front of his canvas.Husian in the bylanes of Nizamuddin.