Dr Jatin Shah talks about treating celebrities and the hope he instills in numerous childless couples in India. 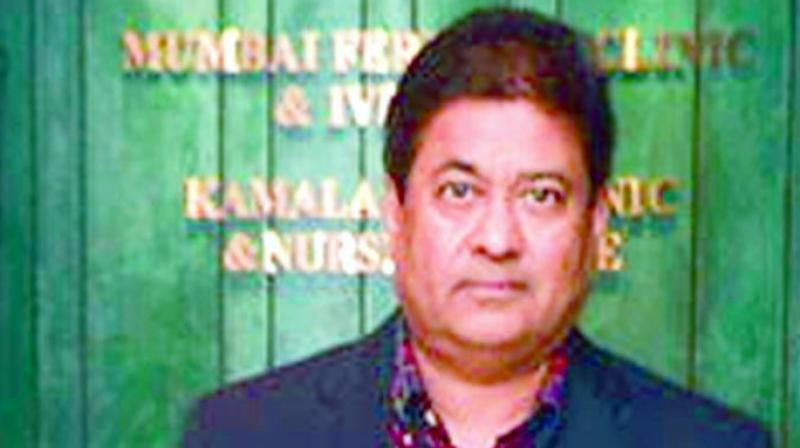 Dealing with celebrities attracts a lot of attention, not all of which may be attractive. Some of it could be unwarranted, as in the case of Dr Jatin Shah, whose phone hasn’t stopped ringing and whose mailbox is full of interview requests after filmmaker Karan Johar announced the birth of his twins, Roohi and Yash through surrogacy. Though the twins were born on February 7, Johar announced their birth via a release on March 7. The last time Dr Shah was in the spotlight was when he helped Bollywood superstar Shah Rukh Khan and Gauri become parents for the third time through surrogacy. Much before that, Salman Khan’s brother Sohail Khan and Seema decided to have a second baby, 10 years after the birth of their first son, Nirvaan. They, too, decided to consider IVF surrogacy as an option to have their second child. Meanwhile, Dr Shah, who has helped couples and numerous others in Bollywood, is nonchalant about the hustle-bustle around him. 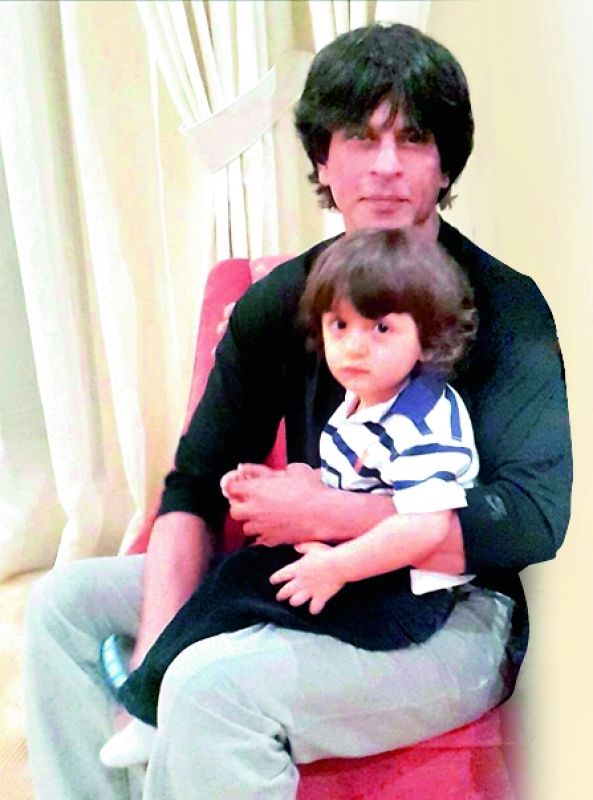 Though he’s not sure, Dr Shah recalls that it all started with a Bollywood scriptwriter who visited his Mumbai clinic for infertility treatment. Dr Shah has since treated many from the entertainment industry. So what makes the industry choose him over other doctors? “I don’t know. It could be the results or the ease of going through the procedures. Infertility is a very personal matter. Each one has his/her own battle to fight. Usually, it’s through word of mouth. Satisfied patients send more patients. Advertisements never work,” confirms the doctor, who was born in Ramsgate in the United Kingdom but completed his schooling and medical graduation in Mumbai. Although Dr Shah has successfully established pregnancies in more than 17,000 infertile couples over the past two-and-half decades, he reveals that India is still treating only 3 per cent of the potential patients through IVF. He believes the limited number of specialised IVF clinics, and the costs involved could be the reasons behind it. 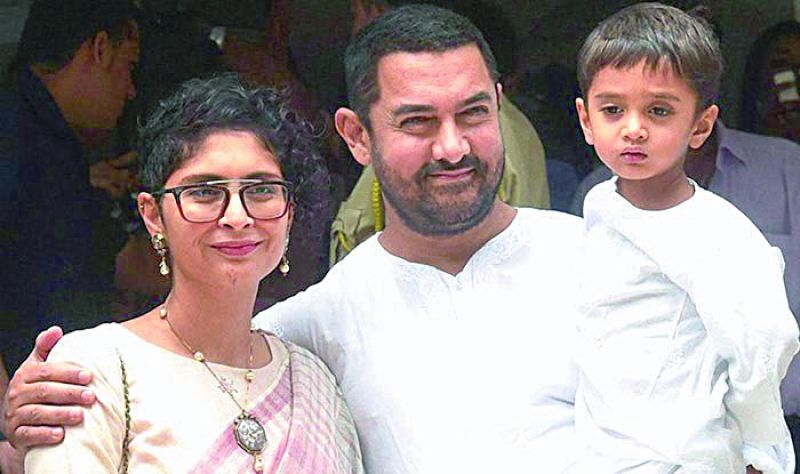 Aamir Khan and Kiran with their son

“There are only about 3,000 clinics and not everyone has access to IVF. It’s definitely not enough, given the size of the country and the number of infertile couples in India. IVF was considered a taboo 10-15 years ago. People who went through the procedure didn’t want to talk about it openly. Now, it’s the reverse,” he says. The Bollywood brigade has done a good job in coming out in the open with their stories, which helps send the right message across to those suffering silently, believes Dr Shah, who trained under the two greatest pioneers of IVF in India — clinician gynaecologist Dr Indira Hinduja and the late Dr T.C. Anand Kumar — reproductive biologist and embryologist. 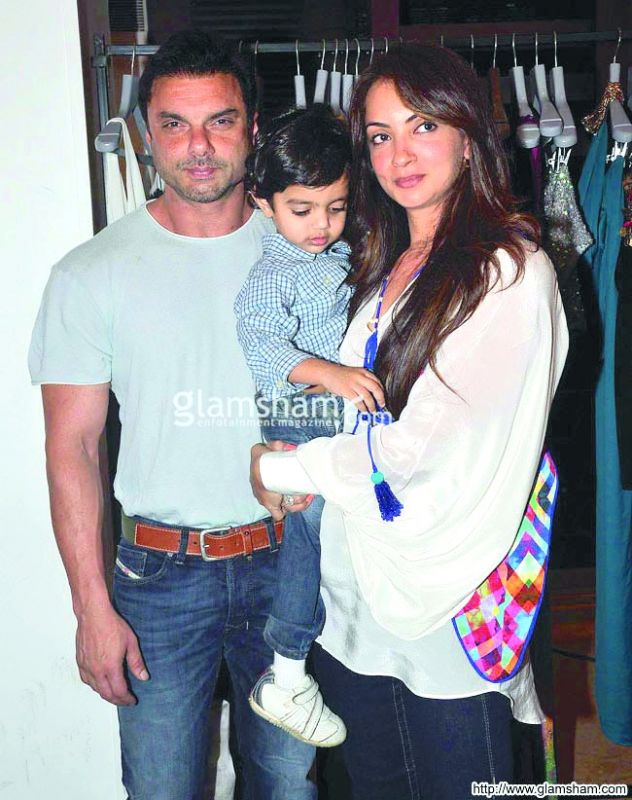 Sohail Khan and his wife with their son

IVF or In-vitro fertilisation is a procedure where an egg is fertilised by the sperm outside the body. Multiple fertilised eggs are then placed inside the mother’s womb to be conceived. The success rate commonly hovers around 40-50 per cent per cycle and the normal recommendation is about three to five attempts. This means that a couple might have to visit the IVF clinic several times over a period of six months to a year. One attempt is usually over one month (from one menstrual period to the next). Costs vary according to the treatment selected, number of attempts, need for embryo freezing, etc. 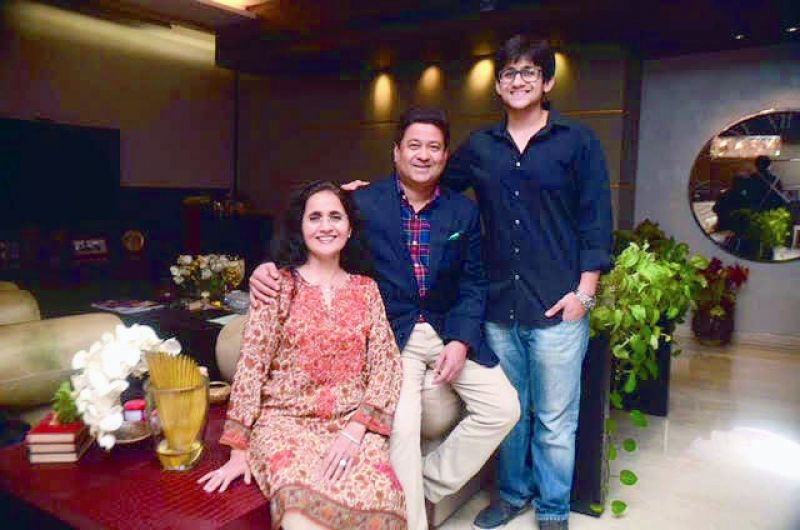 Dr Jatin Shah, an infertility specialist along with his wife Nina and son Dharam at their home in Lower Parel, Mumbai Photo: Shripad Naik

There have been some exciting and promising advances in the field of IVF, including freezing of eggs for women who plan to postpone their child-bearing owing to personal or career reasons but would still like to maintain their fertility. “Freezing eggs at a young age ensures a kind of insurance for the future. This is becoming extremely popular in the metros and eagerly accepted by young career-oriented girls,” says the doctor. According to him, counselling is the most important part of the treatment in IVF. “We counsel the couple over numerous meetings. Apart from IVF counselling, there is also medical, legal and other types of counselling, where we explain the procedure, success rate, the injections and most importantly what to expect. It may take a year or two and at times, the couple may have to resort to other options like surrogacy.

Besides, the physical pain of numerous injections and the waiting time, it’s truly an emotional roller coaster ride,” says Dr Shah. In the case of surrogacy, the surrogate is identified through a surrogacy agency. Dr Shah then runs a battery of tests like blood pressure, haemoglobin, diabetes, stress test to determine the heart condition, thalassemia test, etc. before referring her to the couple.  The impending surrogacy bill in the Parliament, which intends to ban commercial surrogacy, as also surrogacy among homosexuals, single parents, and live-in couples doesn’t bother Dr Shah so much as surrogacy accounts for only five percent of his total practice. The remaining 95 percent is IVF.

“Statistics show that there are so many single parents in the US and studies have proven that children born out of surrogacy are doing very well. It’s just a matter of time. Social change is inevitable. In today’s times, people are so career-oriented that they settle down only at 40-45 years of age. Not finding the right partner also contributes to the problem. Everyone has their own reasons. Who are we to deprive them of the right to have a child?” he asks. When he’s not creating life in the laboratory and bringing cheer to infertile couples, Dr Shah loves to travel, cycle and trek. His photography skills have made him extremely popular among friends and many a Sundays are spent toying with the DSLR. Interestingly, Dr Shah is also an accomplished singer and used to regale audiences with live performances during his student life. He is married to Nina Shah and has two children — Hima and Dharam.

Aamir Khan, who has two children from his previous marriage, opted for IVF procedure with his second wife, Kiran Rao. The couple was blessed with Azad on December 5, 2011.

Bollywood’s ace choreographer and director Farah Khan, who got married to Shirish Kunder in her 40s, decided to go for IVF. Farah gave birth to triplets on February 11, 2008.

Fashion designer Haseena and her lawyer-husband Mahesh Jethmalani had twins through IVF. The twins were born 10 years after their first child.

Tusshar Kapoor announced the arrival of his son, Laksshya Kapoor on social media. The actor, who is unmarried, fathered the newborn through a surrogate using IVF.